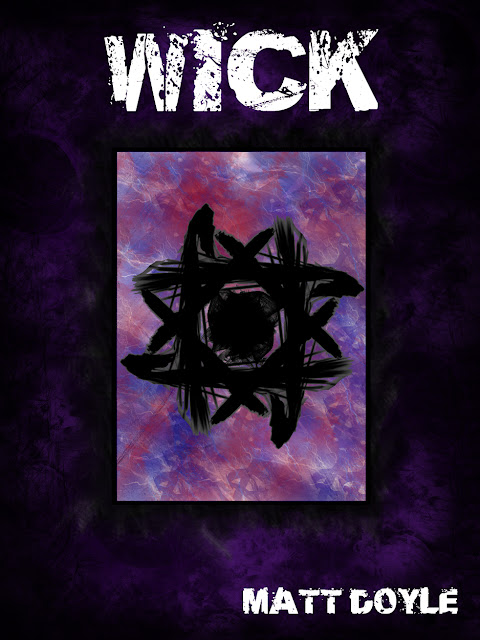 BLURB from Goodreads
How do you define a life?With overblown visuals, stunning entrances and bloody battles played out in real time by holograms, Spark Forming has become far more than a simple card game. Drawing in fans from across the Colonies, no other sporting event creates a bigger buzz than the annual two day tournament to crown a new Spark Form World Champion. Yet the scramble for the title is not the only source of conflict this year, and for some competitor’s the real battles will take place away from the TV cameras.What defines a person’s life and drives them to keep moving forward? When a game grows to reflect a society struggling to hang on, are some lives more valid than others? Can an AI ever truly be alive? 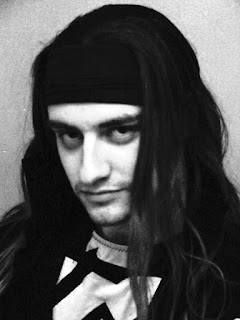 Matt Doyle lives in the South East of England. His house is inhabited by a wide variety of people and animals including (at time of typing) his partner, his three kids, two dogs, a cat, a snake, a rat, a rabbit, a selection of teas and a handful of wild windows.He has spent his life chasing dreams, a habit which has seen him gain varying degrees of success in a great number of fields. This has included spending ten years as a professional wrestler (both working shows under the ring names Tad, and working backstage booking and running several successful shows in his local area), completing a range of cosplay projects and scripting the webcomic ‘Tales of the Winterborn’.His latest venture involves diving headlong into another world he has wanted to be a apart of since childhood: that of an author.

supplied by the Author

With overblown visuals, stunning entrances and bloody battles played out in real time by holograms, Spark Forming has become far more than the simple card game. Drawing in fans from across the Colonies, the sport has a huge fan base, and no other event creates a bigger buzz than the annual two day tournament to crown a new World Champion.

With the eight combatants announced and the brackets showcasing some exciting first round pairings and a handful of potential dream match-ups for day two, this year's show is set to be a memorable one. But the scramble for the title is not the only source of conflict this year and the real battles will take place away from the TV cameras. As day one progresses it becomes clear that for some competitors, there are far more important things than simply winning a title:

Defending champion JOHN FORRESTER has used the same Spark Form in every match he has participated in for the last three years: an anthropomorphic wolf-rabbit hybrid named Carnival. What the fans and staff don’t realise is that he has done so because his holographic companion claims to be alive and he has no reason to doubt her. With his Spark Form’s true nature now on the verge of being found out, John must now fight not only to defend his crown, but to secure Carnival’s right to a life.

LANA DE LA CRUZ has fulfilled a childhood dream by entering the tournament for the first time, but her reasons to be here extend beyond a desire to compete. She is a team leader in the project that created the program that gives Carnival her perceived sentience. Now, aided by a small team of fellow competitors, she has infiltrated the tournament with one goal in mind: to retrieve and deactivate Carnival so that her data can be tested.

FAHRN STARCHASER is an Offlander: a person born not in one of the legally recognised Colonies, but on a ship among the stars. By playing to the crowds’ hatred of her race, she has thus far forged a successful career as the ultimate bad guy. This year though, sending the fans into a fit of rage is not enough. Fahrn is struggling financially and is only one repair job away from losing her ship and leaving both herself and her partner Maria homeless. To make matters worse, the couple are about to come face-to-face with a part of Fahrn’s past that they both thought buried long ago.

After an uninspiring qualification campaign, MEERA THORNE is far from the favourite to win the tournament. In an effort to combat this, she has been forced into taking on a stage name and adopting a radical new look, the sum of which has left her feeling incredibly overwhelmed. Even so, she knows that she has to keep pushing forward because the tournament is the only way that she can meet Fahrn. For Meera, this is neither the beginning nor the end of her journey, but rather a way to figure out where her future may lay.

CONNOR FORD is the most decorated player in Spark Form history. He is a multi-time World Champion and one of the original competitors from the very first tournament. He is also rumoured to be broke. Returning after a lengthy retirement, the aging star has certainly captured the fans’ imaginations, but one question remains: does he still have what it takes to beat the best? Tasked with a difficult route to the final, and with none but he knowing his motivations for re-entering the fray, all may not be well for the curmudgeonly veteran." 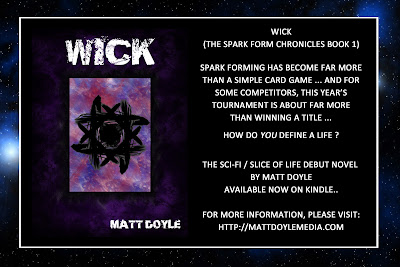