The "World of Dusk" series is a collection of short stories about various characters in "The Raven of Dusk" and crucial points in their lives that define them forever. "The Shadow" is the first of six shorts that are paired with video commentary on Anthony Greer's blog: www.anthony-greer.blogspot.com. The shorts lead right up to the prologue of the series' first book: "The Raven of Dusk: Transcendence". 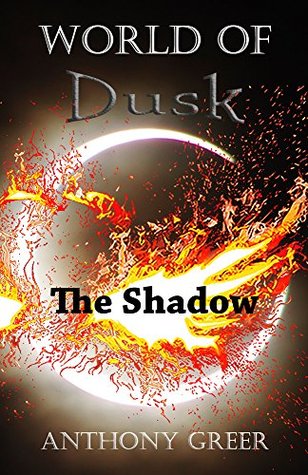 BLURB from Goodreads
Ruben and Jaiden are brothers moving from abandoned home to home in the slums of Ratone, a city-state that's home to both the wealthiest and most destitute of Noreis. When shadows begin appearing and stealing young children in the middle of the night, Ruben fears that his younger brother might be next. 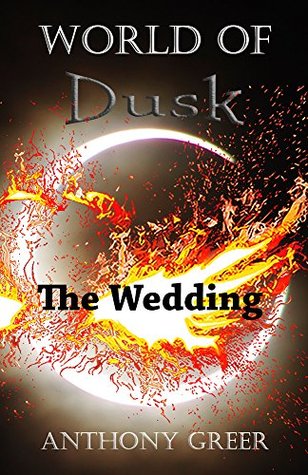 BLURB from Goodreads
Koston is a member of the very respected Donnick family and is determined to live up to his lineage's reputation, even if it means sacrifices pieces of himself to maintain the public's love. His only solace lies in his darkest secret--one that the public may never accept. 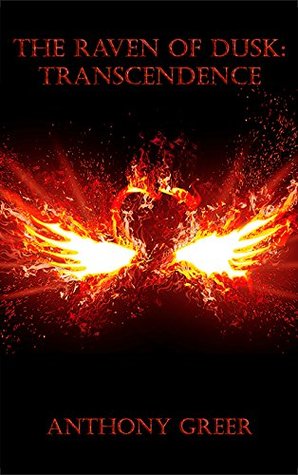 BLURB from Goodreads
All life on Noreis once went extinct. Over thousands of years, the story of how and why it happened has devolved from history and myth, and from the dust of fading memories, life has spurned anew. A new world has erected with city-states that have skyscrapers that touch the heavens, lands covered in crystals with pavements like rock candy, and culture is rich and vibrant. Some people flourish in the footsteps of their ancestors while others drown in their shadows. Women rule among men, disputes are fickle, and a brighter history is being written. But trouble is brewing. One man’s desire to learn of the Transcendence Theory causes ripples in the world’s placid fabric. At the core of a widening conflict are several people with varying backgrounds, dreams, and tragedies: A wildlife tour guide begins a journey of vengeance when his father is murdered before his eyes; a brazen young woman finds herself encased in an enigmatic white glow; a beloved hero thrives on his family name while his son suffers fame’s consequences; a political animal is on the verge of giving birth to child that should not exist; and the Ravens of Dusk are preparing to make their presence known. Shifts in the world’s balance threaten the long-standing peace of its inhabitants. Political ties are shifting and breaking, unlikely alliances are forming, and betrayals are devastating. As dawn sheds light on the beginning of the end of days, only one thing is certain: whatever once caused a global extinction thousands of years threatens to repeat itself. 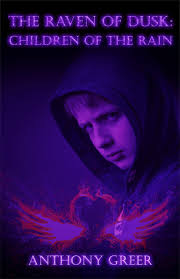 BLURB from Amazon
Raiden Arias, who started his journey by chasing after the man who killed his father, is now accompanied by a girl who has proven her worth and a woman who refuses to admit her sins. With no other options before them, Raiden is forced to bring his companions to the last place he ever wanted to go. There, he hopes that Eliza will learn why she's been referred to as the 'Light of Death' and that Vila will discover why Rexus is after her child. Most importantly, he hopes to avoid seeing HER in the process.

Back in Cardeau, Koston Donnick and Queen Kallisto have problems of their own. Both have realized that the initial attack was started by someone within the palace walls and not by those crashing into them. As the public demands answers from them and a rival uses the attack to strengthen his platform, Koston and Kallisto find themselves working together earlier than intended to discover who and how many others were behind a plot that they know little of. Unfortunately for Koston, the first answers he requires must come from his very own son.

Elsewhere in the world, Rexus Poloray awakens in a dungeon stripped of all weapons and dignity. His howls of pain are met with the howls of nearby beasts that may become his new cellmates if he's not careful. He doesn't know why he's still alive, or what role he is to play for his captors, but he soon discovers that he's finally landed himself in the headquarters of the Ravens of Dusk, and that the inner workings of the Order he's tried to become a part of for nearly ten years isn't at all what it seems. 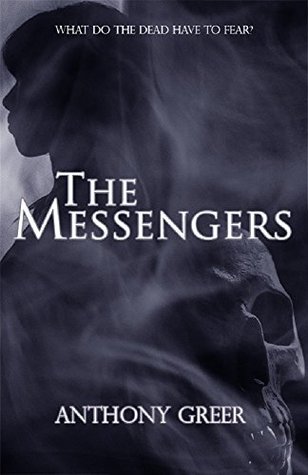 BLURB from Goodreads
What do the dead have to fear? A medium combines his ethereal gifts with an ambitious reporter’s investigative zeal to uncover the truth obscured by a string of unlikely suicides.Robert Baselton has grown accustomed to seeing the dead as they wander between worlds. However, when the spirits of a girl and an old woman become a regular presence in his everyday life, Robert has a suspicion that there’s a link between them and the utterances of murder that the Messenger of Death whispers in his ear. Every time the Messenger appears, another presence is soon to follow.As Robert delves deeper into the lives of the deceased, Alexis Kearns, his girlfriend’s older sister, witnesses James Hawthorne plummet to his death in the middle of downtown Seattle. Armed with nothing but a smartphone and her knack for acting well under pressure, she is the first to cover this widely-publicized story.Impressed with Alexis’ coverage and integrity, Hawthorne’s mother reveals to Alexis that her son could communicate with the dead and insists that he is just one of several mediums to have allegedly committed suicide in the past month. Alexis is intrigued with the pattern of unlikely deaths and follows up on Mrs. Hawthorne’s concern when she finds a connection between the medium suicides and Robert’s increasingly erratic behavior. Concerned for her sister, Alexis unknowingly aids Robert in trying to uncover what really happened to the mediums that have died, and discovers that both the dead and the living should be afraid of who—or what—is responsible. 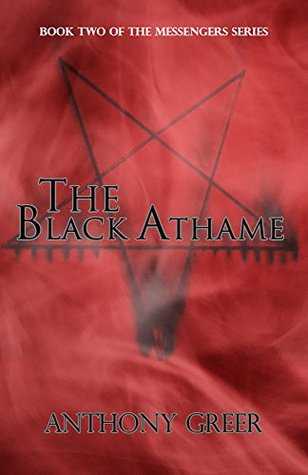 BLURB from Goodreads
Robert and Alexis: One of them will never forget. The other may be a murderer. Alexis Kearns stares into the glowering eyes of Jack Calderan with nothing but a layer of protected glass between them. With three months passed and no new leads, she isn’t happy to see him so smug. She’s even less enthused to hear that he’s no longer on suicide watch and that he’s made friends on the inside. On the outside, a new murder has shaken Seattle to the core. A college girl is the victim of a brutal ritual sacrifice, and she may be the only lead. Robert is approached by Forester for help in reaching out to the newly deceased, but even with Carla’s assistance, he’s unable to make contact with her. When he sees the photos of the murder and a symbol spray painted on a wall, Robert recalls a reoccurring dream that he had after seeing the sign above Alaster’s shop that caused him to get into an accident. Somehow Robert has seen this murder scene before, and he and Alexis must unite again in order to prevent more deaths from occurring. As the two revert to their very different investigative styles, they both draw the same conclusion: not only are there more victims, but some of them are crucially connected to the medium suicides. 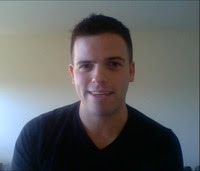 Anthony Greer is a slightly off-kilter contradiction. Sometimes he is a leaf on the wind and rides the sky waves wherever they him. He’s a great conversationalist as long as you don’t talk during Game of Thrones or Big Brother, and incredibly nice when he wants to trade resources with you in Settlers of Catan (don’t do it! It’s a trap!!!).
He was raised amongst the olive-skinned natives of a Long Island town before transplanted to the rain-coated, black coffee loving capital of the Starbucks world. He learned early after being too school for cool that bartending supported his addiction to structuring sentences into stories of Science Fiction, Fantasy, Mystery and Young Adult.