BLURB supplied by Sparkle Book Tours
Leaving his rocky past behind Quill heads out with the band Pick-Six. Quickly thrust into the lime light of a rock and roll super star he finds his past isn’t so easy to leave behind.  Alcohol, drugs, and an endless stream of available and willing woman push Quill to his limits of restraint.  But he has more at stake than his sobriety, Quill will do almost anything to win Assad back even if it means baring his soul on stage.  Just when things seem to be going his way Quill’s mother comes back into his life. A force he has never been able to overcome.  Soon Quill’s feeling of responsibility for his family threatens to take him and the band down. Struggling against his demons Quill must learn to take what he wants before it’s too late.

EXCERPT
Sweat trailed down Quill’s back, his hair matted to his forehead, the rays of the overhead lights were hotter than the face of the sun but the screams from the row of girls, five deep in front of the stage were making it all worth it.
He pulled the microphone out of its stand. His band, Pick-Six was on the last songs of the set.  The rush adrenaline laced with anxiety was the high Quill used to get him through the nerves threatening to destroy each performance.
“It will get easier,” Simon, their manager said before each gig.
It hadn’t.
Each night Quill tried to figure out how he’d ended up the lead singer of a band he’d watched at the local rave bar. Each night he fought his inner demons so he could get through another performance without allowing himself a hit, a drink, or a hard screw.  He’d sworn off any type of crutch to get him through. However he’d done it before the band hit it big and he was thrust in front of an overflowing bar full of people every night. He was going to face his fears and God only knew—his feelings—head on even if it killed him.
No more burying.
No more hiding.
And if people didn’t like it they could go fuck themselves. 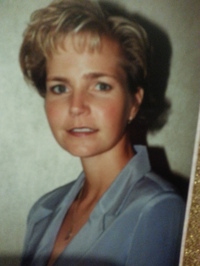 After many years trudging through the social awkwardness of high school and the whirl wind of college romances I finally landed in the Seattle area writing about the hell, horror, and don't forget the hot romance of youth. I love all things outdoors and can be found hiking, kayaking, mountain biking or doing anything active. I am a former Mrs. Washington United States but hung up my crown to focus on family and career. I love to learn and possess many degrees. I am a Christy McCullough Excellence in Education Award winner and I am Nationally Board Certified. I love to interact with my readers and meet them at signings so never be shy to come up and give me a hug and ask me anything.