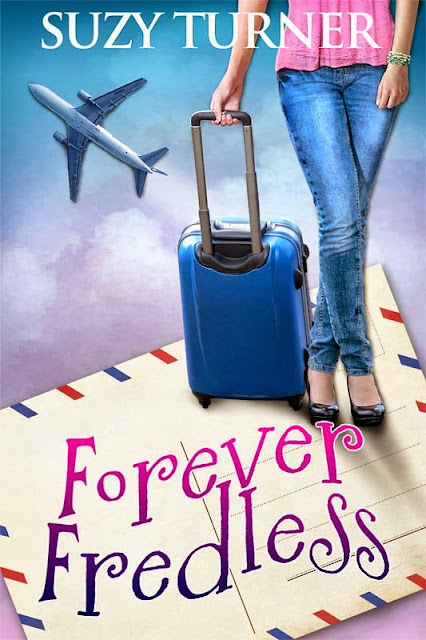 Kate Robinson has spent the past two decades yearning to find her soul mate, the boy she found and then lost during a family holiday.


Shortly after her twenty-eighth birthday, however, she inherits a fortune from an old family friend and becomes something of an overnight celebrity. Can her new-found fame lead her to him after all this time?

EXCERPT
Thank God for anti-perspirant, I thought as I sat on the couch and waited for the countdown to begin. I clutched at my hands until they were white and looked across at the two people sitting opposite, both completely at ease in front of the cameras.
Five, four, three, two, one...
'Welcome back to this morning's edition of Good Morning GB,' announced Ireland Rothschild, the blonde-haired, blue eyed darling of morning TV.
'I'm here with Fergus O'Reilly and we've a special guest with us this morning. None other than Britain's love-struck multi-millionaire, Kate Robinson.
Welcome, Kate,' she said with a dazzling smile aimed more towards the camera than at me.
As my cheeks began to heat up, I was so grateful to the make-up artist, who had insisted on caking on the foundation before the show had started. In fact, I had so much make-up on that I was hoping once I'd removed it, nobody would recognise me when I headed to the airport in my now rather stupidly chosen car. I couldn't exactly blend in driving a pink Mini could I?
'Good morning,' I whispered shyly.
Fergus grinned back at me, tilting his head as if he was about to speak to a child. 'Now, tell us, Kate dear, how does it feel to never have to worry about money ever again?' he asked, his toothpaste advert  teeth twinkling beneath the heat of the studio lights.
'Erm, well, I guess it's... erm, kind of... erm,' I felt so bloody stupid. Great time for my brain to stop working. 'I - erm. Great,' I nodded. 'Great, really great.' Idiot.
Ireland glanced across at her grey-haired colleague and pouted before nodding. 'Tell us how you knew this man. This,' she glanced down at the iPad on her lap and continued, 'Samuel?'
I cleared my throat and lifted my head, feeling like my brain was back in action. 'He was a very good friend of the family, some years ago,' I answered.
'Just a friend? Why did he leave you all his money and his property?' asked Fergus.
'He didn't have any family and I guess you could say that my mother and I were the closest he ever had to a family.'
'Isn't that lovely?' pouted Ireland. 'You certainly are a lucky woman. But what about your mother? Didn't she receive any of his inheritance?'
'No,' I said before swallowing hard. 'My mother lives a rather... nomadic lifestyle, in Africa. She doesn't want any of it. All she asked of me was to donate a sum to charity which, of course, I have done.'
'She lives in Africa? A nomadic lifestyle? That sounds intriguing. Perhaps we should interview her one of these days,' laughed Ireland and Fergus together.
'Have you splashed out on anything since receiving your inheritance back in June?' they asked, leaning forward eagerly awaiting my answer.
'Yes I have actually. I bought a car and a new house.'
'Well good for you, Kate. But now, most of us are curious about this boy you lost. Tell us about him?'
Oh no. Why did I agree to this?
Taking a deep breath, I knew I had no choice. Several articles had been printed since the one in Liberty; everyone wanted to know more and nobody was going to leave me alone until I told them everything.
'He was just a boy who I had a connection with when I was much, much younger. It was at Skegness. At an afternoon disco for kids. I was dancing and I felt someone touch my back and when I turned around there he was.  The most beautiful boy I'd ever seen,' I said, stopping and smiling as I reminisced. ‘It was one of the happiest memories of my life.'
Sighing, I continued, 'We just looked at each other and it was like everything else just disappeared into the background. We stood staring, for what seemed like ages. I could barely move. And then, almost as soon as it had begun, my dad appeared and took me away. I couldn't do anything as we walked to the car. I looked around for the boy but he was gone. And then, just as we were driving away, I turned around in my seat and there he was. He had a daffodil in his hand. I always assumed he'd gone to pick it for me, but that's just a childish fantasy, I guess. The whole thing is probably nothing but a childish fantasy, really.'
Ireland was very carefully dabbing at her eyes with a tissue, pretending to be moved, while Fergus smiled sadly.
'What a beautiful story, Kate. I don't believe for one second that this is a childish fantasy. It's romantic and beautiful,' Ireland said.
'Now, tell us, Kate. Why did you call him Fred?' asked Fergus.
Smiling, I explained about the Right Said Fred song, just as the music began in the background.
'What a wonderful tale. Thank you, Kate, for joining us today. It's been a pleasure having you with us to share your story,' said Fergus.
'Thank you,' I whispered before the camera moved back to Ireland as she straightened her skirt and looked alluring. 'Do you remember this moment in time?'
she asked. 'Are you the elusive Fred? We'd love to hear from you. You can contact us at...'
Before I could hear anything else, I was ushered off the couch and back behind the scenes where Jo stood, waiting patiently for me, with open arms. 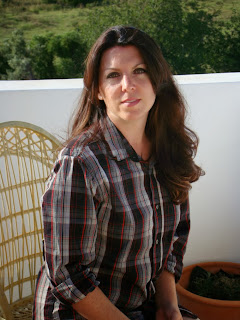 Suzy Turner has worked as a journalist, assistant editor, features editor and magazine editor. Early in 2010 however, she began writing full time and has
since completed six books for young adults (the Raven Saga and The Morgan Sisters series) and one chick lit novel, Forever Fredless.
Although Suzy is a Yorkshire lass at heart, she left her home town of Rotherham, UK, to move to Portugal with her family when she was ten. The Algarve
continues to be her home, where she lives with her childhood sweetheart and husband of 15 years, Michael, and their two neurotic dogs and a cat who thinks
she's a princess.