I received the following information and Interview from Hattie Adam-Smith of Think Jam and have been given permission to share the news with you all!

I'm sure you will all agree when we congratulate Andy Serkis (The Lord of The Rings) on his aquisition and development of Samantha Shannon's internationally bestselling debut novel, THE BONE SEASON, which was published by Bloomsbury in August.
Andy Serkis, whose Imaginarium Studios are currently in the process of adapting the book for the big screen, talks specifically about THE BONE SEASON - the first novel in this phenomenal new seven part fantasy series, which flung 22 year-old author Samantha Shannon into the spotlight when she was hailed as 'the next J K Rowling' by the international press.

'We all immediately saw its potential as a fantastic feature film,' Serkis told us of THE BONE SEASON. 'She’s very warm and a passionate storyteller - dedicated beyond belief. We’re working very closely with her on all aspects of bringing the world of the book to the screen. We’ve been involving her with all the early concept artwork that we’re beginning to put together. Obviously it’s her world so we want to make sure we bring it to life in the way that she wants.'

Andy Serkis also talks about other upcoming projects, how working with Peter Jackson has influenced his career, and of course, about Gollum and The Hobbit. You can find the full Q&A along with images and a book jacket at the bottom of this email. 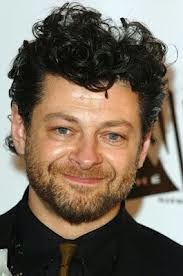 What is it about The Bone Season that compelled you to include it in The Imaginarium Studio's very first slate of films?
We first came across the manuscript at the London Book Fair and immediately fell in love with the scope, the scale and the exceptional detail of the world Samantha had created. It’s a really compelling story with such a great central character – we all immediately saw its potential as a fantastic feature film.

Have you met Samantha Shannon and how involved will she be in the film's production?
Yes of course – she’s a delightful, incredibly intelligent person. She’s very warm and a passionate storyteller- dedicated beyond belief. We’re working very closely with her on all aspects of bringing the world of the book to the screen. We’ve been involving her with all the early concept artwork that we’re beginning to put together. Obviously it’s her world so we want to make sure we bring it to life in the way that she wants.

Can you tell us about how the creative process for adapting a story like The Bone Season begins?
It begins with knowing the story you want to tell. There are thousands of stories contained within the world that Samantha has created- we have to be very disciplined about opening up the world in a way that will lead us on to further investigation in the rest of the series. We need to find the emotional heart of the story; the relationships; the tension; the suspense and the drive, and of course working closely with Samantha is going to make it much easier.
At this very early stage it’s about finding the right writer and the right approach to telling the story. Hand in hand with developing the screenplay it’s also about developing the visual world and bringing that to life, finding the right visual effects team who understand Samantha’s concepts.

You have been part of bringing some of the world's most famous and well-loved fantasy worlds to contemporary audiences. Which of your experiences across film, tv, stage and video games would you say has been most helpful in preparing you to produce The Bone Season?
It would be impossible to single out any one single experience, it’s an accumulation of all my experiences to date, but obviously having worked on The Lord of the Rings and Tolkien’s extraordinary world with Peter Jackson is incredibly useful. Peter basically gave me the opportunity to work on a lot of extraordinary characters in a lot of extraordinary worlds and has opened up my eyes to a genre that I knew very little about before.

Will performance capture will come mostly into play when portraying Shannon's Rephaim race on screen in The Bone Season? Can you give us any insight into how you'd like these characters to appear?
We’re in very early stages of designing how we want to portray these characters, and are exploring a variety of avenues to bring these characters to life. We’re certainly not tied to any one production technique at this early stage.

Animal Farm is the other film on your inaugural slate. What can you tell us about this project?
We’re extraordinarily excited about Animal Farm. We have been working on the methodology this year, the development of the characters and the story. We’re working with a wonderful character designer and very pleased with how the animals are developing as visual characters.
In terms of story, we’re remaining very truthful to the original book however we are relocating the setting as if Orwell were writing in the present day - we’ve been working very closely with the Orwell estate on this.

You're talents are very varied! If you could only do one thing for the rest of your career, which would you choose (stage/tv/film/video game roles, voice roles, director or producer)?
Mountain Climber. 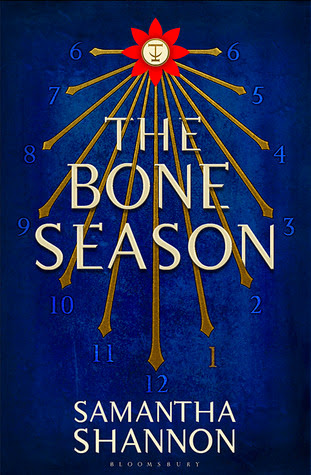 BLURB taken from Goodreads
It is the year 2059. Several major world cities are under the control of a security force called Scion. Paige Mahoney works in the criminal underworld of Scion London, part of a secret cell known as the Seven Seals. The work she does is unusual: scouting for information by breaking into others’ minds. Paige is a dreamwalker, a rare kind of clairvoyant, and in this world, the voyants commit treason simply by breathing.But when Paige is captured and arrested, she encounters a power more sinister even than Scion. The voyant prison is a separate city—Oxford, erased from the map two centuries ago and now controlled by a powerful, otherworldly race. These creatures, the Rephaim, value the voyants highly—as soldiers in their army.Paige is assigned to a Rephaite keeper, Warden, who will be in charge of her care and training. He is her master. Her natural enemy. But if she wants to regain her freedom, Paige will have to learn something of his mind and his own mysterious motives.The Bone Season introduces a compelling heroine—a young woman learning to harness her powers in a world where everything has been taken from her. It also introduces an extraordinary young writer, with huge ambition and a teeming imagination. Samantha Shannon has created a bold new reality in this riveting debut.

I'll definitely be keeping an eye out for this film, though through past experience with book to movie transfers I'm hoping to read the book first! As once I've seen the film I tend to lose interest in reading the book.
Posted by Jeanz xx at 12:30