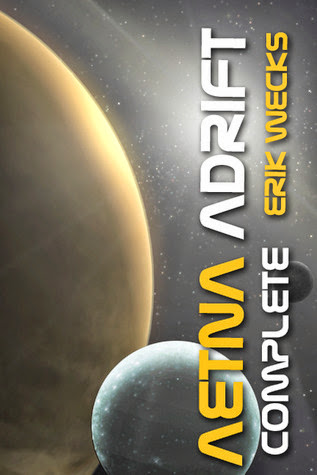 BLURB from Goodreads
Jack is sure he can handle anything that comes his way. Unfortunately, he's badly mistaken.He can't handle falling in love with Anna, and he has no idea what to do when a newly appointed Senior Vice President turns his backwater frozen moon upside down. When the killing starts, Jack finds himself stuck in a political nightmare the likes of which he set up his life to avoid. Now he has to stay alive, rescue his girl, and figure out who to trust. If he can't, the consequences might just cost Jack his life.Aetna Adrift is the first full length novel in Erik Wecks' PAX Imperium universe. A stand alone prequel to a future series, Aetna Adrift introduces readers to the Unity--a corporate led state in which one company serves as both employer and government 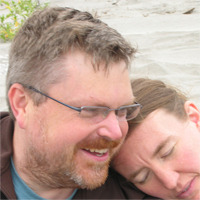 What is your name, where were you born and where do you live now?
Erik Wecks
I was born in Portland, Oregon and currently live across the river in Vancouver, Washington (Not Vancouver, British Columbia)

When did you first consider yourself as a "writer"?
That is an interesting question. I think I have been a writer for many years. When I worked as real estate agent, I used to write a blog which many of my readers loved, but I never thought of making writing a piece of my identity until much more recently. Really, I took on writing as something more than a hobby about a year-and-a-half ago.

What is the name of your latest book, and if you had to summarise it in less than 20 words what would you say?
A space opera scoundrel meets his match and finds out he needs others' help to survive.

Who is your publisher? or do you self publish?
I have so far chosen to self-publish my writing, but I am definitely open to traditional publishing outside the United States where self-publishing hasn't been nearly as lucrative for me. I would love to traditionally publish Aetna Adrift in Britain.

Do you have plans for a new book? Is this book part of a series?
This book is a stand alone book, but it is a prequel to a trilogy I plan to write in the near future. That trilogy will deal with the Pax Imperium which is my science fiction empire. The main "country" in Aetna Adrift is only one small part of that greater universe.

What genre would you place your books into?
Aetna Adrift is science fiction space opera, but with a bit of a couple of twists. First, I have tried hard to make my characters feel natural in their reactions. I really don't enjoy books with flat characters. I used to call the book character driven but I don't think that is completely correct. It is an action oriented book not a book of literary fiction but I tried to put real people in that action. Next, I like my space opera to have a veneer or plausibility. So I try to keep my physics reasonably plausible. I don't have people flying from one planet to another without time dilation concerns and I try to account for how the ships in my world can accelerate so quickly without turning everyone on board into a juicy pancake.

What made you decide to write that genre of book?
I have always loved science fiction because to me it feels like restricted fantasy. I like trying to stay within scientific plausibility when I imagine the fantastic future. While fantasy feels to me to be about pure escapism, well written science fiction is about human possibilities. It's about what we might become.

Do you have a certain routine you have for writing? ie You listen to music, sit in a certain chair?
I like to write at my local library. We have a brand new five story library in Vancovuer, Washington and it is a lovely space which has great workspaces scattered throughout the building. I love the idea of writing in public and yes I often do listen to music when I write, but it must be music without words. I find words quite distracting.

Do you gift books to readers to do reviews?
Absolutely! If anyone wants to write a review I am happy to gift them a copy of the book. Reviews on Amazon, Goodreads and blogs like this one are the life's blood of an indie author.

Do you read all the reviews of your book/books?
Yes I do, but I am conflicted about it. There will always be people who do not enjoy my work or who misunderstand it. That is just a fact of being a writer. I really try not to take it personally, and most of the time I can let it go. However, every once in a while there is one which sticks in my head and that can cost me days of writing. I am learning to be more sanguine about that—to let it cost me time. It is also part of the process. So why do I read them? Because a positive review is so gratifying to read and they tend to make up for any negativity.

Who designed the Cover of your books?
Jason Gurley designed my book covers. He is a great designer and a fabulous writer as well. I feel really lucky to have him making me look so good he has done covers for other great writers as well including, Hugh Howey.

Do you basic plot/plan for your book, before you actually begin writing it out? Or do you let the writing flow and see where it takes the story?
I usually know where I want the story to go. I think of the ideas in my head as marker buoys, but even those change somewhat as I write. The story I start writing is not the story I end up writing by any means.


Hmmm… I will say no. However, as anyone who spends any time with me knows, I am a bit of a social critic. I like to think about society and how we are relating to one another quite a bit and I like putting those thoughts into what I write. Thinking about social problems often provides the genesis of my stories, so the social commentary is there. At times it is more on the surface than others.

(The next three paragraphs are a bit spoilery. Skip it if you don't like spoilers.)

I also like playing with the assumptions of the readers a little as well. Sometimes this can confuse people. For instance, the main character in Aetna Adrift, Jack, is supposed to be a likeable rogue, but I didn't write him to be a sympathetic character. I cringe at Jack's behavior at times, particularly his misogyny, and I don't make it all better at the end of the book either. In the very last scene we see that Jack's views on women in general aren't much better than they were at the beginning of the book. There are specific relationships which have changed for the better, but his general views on women haven't changed that much.

My wife was pretty mad at me when she first read that scene. She said that she wanted Jack to change more than that, but then she agreed that what I had done was probably more realistic. I believe that self-realization is a slow and often painful process, particularly in areas in which we are hurting others. I don't think it is something human beings do easily. What keeps me rooting for Jack, and what I hope keeps all of us rooting for each other, is the path he is on, not how far he has come. In Aetna Adrift, Jack gets the compass pointed in the right direction. In the books which follow we will see how far he walks down the right path.

All that being said, I understand that some readers will react strongly to Jack's sexism. That's okay with me. I want them to feel permission to not like Jack. I get it. I don't like him either at times.

What is your favourite book and Why?  Have you read it more than once?
JRR Tolkien's Lord of the Rings. I am not sure how many times I have read it. Anyone who can survive the Battle of the Somme and still maintain optimism and faith has my deepest respect. I am inherently attracted to optimists. As someone who can be pessimistic at times, I want to sit at their feet and just absorb what they have. Tolkien is my favorite optimist.