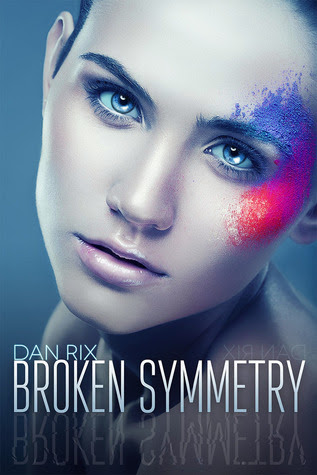 BLURB from Goodreads
Eleven months after the father of sixteen-year-old Blaire Adams vanished without a trace, he's found wandering outside The Scripps Research Institute vomiting blood and speaking gibberish, his sole possession a worn leather diary filled with an unrecognizable language. He has a message for her.As he dies in her arms, he claims he never vanished. She vanished.In a nearby military quarantine zone, scientists are being called in from around the world to sequence a previously unknown strain of DNA. Scientists…and soldiers.When her father’s autopsy reveals a rare chromosomal disorder—a disorder, it turns out, she inherited—Blaire begins to suspect her father’s last words weren’t induced by amnesia. Like her dad, she has an additional set of instructions in her genes—instructions for what, doctors can’t say. Only one thing is certain: it’s what killed him…and it will kill her too.But now she’s haunted by prophetic nightmares of the Yellowjacket—a young murderer, eyes the black of charcoal, who lures his victims to suicide without ever paying them a visit. The only clue she has to his handiwork is a lingering feeling of déjà vu. That, and the nagging suspicion that all she knows is a mirage. She is certain of two things—though it may mean confiding in the wrong side of good and evil, he has the answers she needs.And he is recruiting her. 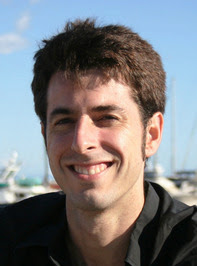 Dan Rix majored in Architecture at UC Berkeley and considers himself lucky to have graduated during one of the worst housing market crashes of the century. "It made writing an easy choice," he says.His favorite novels include Michael Grant's Gone, Jay Asher's Thirteen Reasons Why, and Dan Brown's,The Da Vinci Code. High stakes, high concept page-turners. That's what he likes to read, and that's what he likes to write.Dan lives in Santa Barbara, California with his girlfriend. His debut thriller, Entanglement , is available now on Amazon and Barnes & Noble.

Did you always want to be a writer? If not what did you want to be?
I remember picking up a book as a kid (maybe 6 or 7) and asking my parents, “How can anybody write this much?” I could barely write a sentence, and yet, here were hundreds of pages of writing. That was the beginning of a deep respect—even awe—I had for writers of book-length fiction, that ultimately made me aspire to be one myself.

What is the name of your latest book, and if you had to summarize it in less than 20 words what would you say?
Broken Symmetry is about a girl who can walk into mirrors and live out the repercussions of a choice in a reflected universe. (Sorry, 23 words!) (hee hee I'll let you off!)

What genre would you place your books into?
So far I’ve only written Young Adult novels, mostly since I’m a youngster myself and have no experience with raising kids or corporate takeovers or trying to pay a mortgage (just rent). I feel much more comfortable writing about what I’ve lived through. YA stories also feature characters who have their whole lives ahead of them and are experiencing things for the first time, which means they’re experiencing brand new emotions. This makes for a more exciting story. Within the YA genre, I write with a sci-fi/paranormal twist and especially enjoy creepy concepts. Ideas, just as much as plot or characters, can chill readers.

Where do you get your book plot ideas from? What/Who is your inspiration?
Usually I’ll start with a creepy idea and just take it from there. In my first novel,Entanglement, for example, I took the idea of soul mates and asked myself, What would happen if everyone in the world was born with a soulmate except for one person? In Broken Symmetry, I really ran with the idea of someone being able to walk through mirrors and tried to explore all the delicious repercussions. For me, any weird dream or eerie news story can be the seed of an idea.

Do you have a certain routine you have for writing? ie You listen to music, sit in a certain chair?
I burn through music like it’s going out of style. I usually have YouTube open and play one song at a time. Then, if I notice the silence, I’ll put on another favorite song, often cycling through the same three or four songs until I’m sick of them and never want to listen to them again. Then I find new songs. Music inspires me, but it can also distract me, so I need that perfect blend of predictability and novelty. YouTube’s ads are the bane of my existence. As for my routine, I sit down to write at seven Monday through Friday, take thirty minutes for lunch, write a few more hours, do marketing in the afternoon, and stop exactly at three thirty. Writing has become an incredible joy for me.

Do you read all the reviews of your book/books?
Hah! I wish I had skin that thick. I learned the hard way that a negative review packs way more punch than a positive review, and seeing one—even if the last ten were positive—can ruin my mood. If I must read reviews, I cherry-pick the good ones. These days, though, I rarely read any reviews. For me it’s about the writing, and anything that distracts me from that doesn’t belong in my life.

Do you think children at schools these days are encouraged enough to read? and/or do Imaginative writing?
I think the entire way reading is taught at school needs to be changed. It’s a tragedy that kids are given boring classics to wade through in their English classes. These books are rarely enjoyable, and they ruin the reading experience for most teens and turn them off to reading forever—so that most adults never read another book after graduating college. If we want to create lifelong readers, we should be giving our kids Harry Potter, Twilight, and The Hunger Games.

What piece of advice would you give to a new writer?
I once heard the advice that you should never be flexible on a goal, but that you should always be flexible about how you achieve that goal. So many writers confuse publication by a mainstream publisher (the how) with being a full time writer (the goal), and are inflexible on that point. I’m self-published and I write full time, and I think choosing to give up the traditional path to publication was maybe the smartest thing I’ve ever done. I was represented by a literary agent at a prominent New York agency for about four months, and those four months nearly sucked the life out of me. I want to remind new writers that the books are what matter, the stories. The lifestyle you choose to live and the books you choose to write are what matter. Not how you got there.