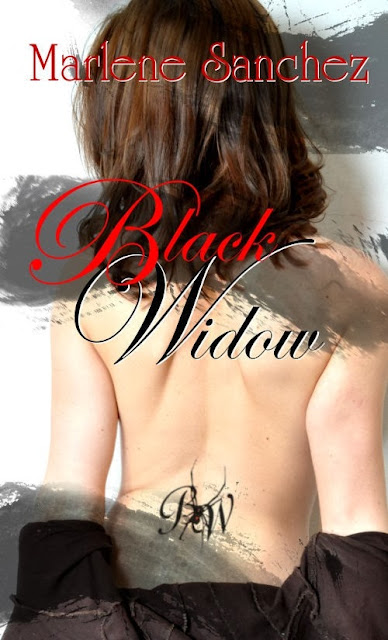 BLURB supplied by Marlene Sanchez
Reyna Montoya, a.k.a. Black Widow, is a top assassin. She’s good at what she does and gets the job done with precision. However, the recurring nightmare of seeing her parents murdered when she was sixteen in Cuba is a constant reminder of her ultimate plan… to find the killer and avenge her parents.

Nicolas Vargas fled Cuba with her after the murder, vowing to take care of her and help keep her safe. He is a self-taught computer genius and chemist and her best friend. After more than fifteen years of working closely together, the unrequited sexual tension between them is getting harder and harder to ignore. Would it ruin their friendship or make their bond stronger? However, Reyna is torn. Viper, Black Widow’s handler, is hot as hell and the sparks between them could burn them both.

As Reyna gets closer to her parents’ killer the distraction of two men is dangerous, and the true identity of the murderer could destroy them all.

ABOUT THE AUTHOR
Marlene Sanchez was born in New York and raised in Miami. Her family and friends are an important part of her life, a constant inspiration, and keep her motivated to succeed in pursuing her dream. She has had a passion for writing since her ninth grade English teacher put it all into perspective for her. “Write how you speak and write what you know.” She credits her teacher every chance she gets for giving her a love of writing!
Marlene writes mystery/suspense with a sprinkle of romance. Her love of crime and legal dramas, and of course The Godfather, has opened her eyes to the wonderful world of mystery/suspense. The action and thrill is what keeps her fingers gliding across the keyboard, as her brain explodes with ideas about the next unfortunate victim.
She is a strong, independent woman because her Cuban mother raised her right. Her main characters embrace that same attitude; strong Cuban American women that take no “caca” from anyone.
Marlene has a couple of books under her belt, with several in the works to release in 2014. She hopes to someday be a household name, at least in her own home if nowhere else. She just wants her sons to be proud of her, that’s reward enough… Yeah right, she wants the fame and fortune too.