PROMOTIONAL SPOTLIGHT - MEANT FOR HER BY RAINE THOMAS 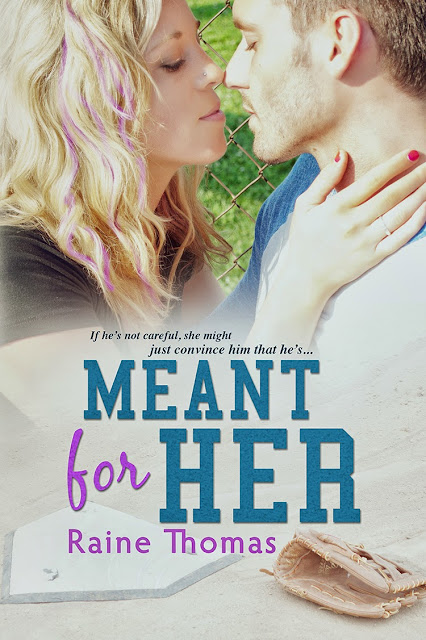 “There’s something invigorating about autumn in Atlanta,” she said. She shared the same southern accent as Cole, he realized. “It represents promise.”

He frowned. What the hell did that mean?

Once again, she took his hand. Her hand was dwarfed by his, but he couldn’t deny that the contact felt nice.

“You looked lost in there, Evan Dorsey. I thought maybe I could do something to help guide you on your way.”

Pulling his hand from hers, he said, “You don’t know anything about me.”

“I don’t need to.” She tilted her head to the side and looked at him with her compelling eyes. “Have you been sick?”

The question made him glance away. He supposed she hadn’t done her research before making this approach. Still, she was closer to the truth than made him comfortable.

Her voice was quiet when she continued, “I ask because your suit looks tailored, but it’s loose on you right now, as though you’ve lost weight. There are dark circles under your eyes, making me think you aren’t sleeping well and probably haven’t been eating right. And your hair is short, like it’s just growing back. Since your scalp is pale, I assume you don’t normally wear your hair that way.”

Jesus, she was observant. Shaking his head, he turned to walk back into the reception.

When her slender arms went around him from behind, he didn’t know what to do. No one had ever offered him such a pure gesture of comfort. Everyone who attended the funeral had been too emotionally involved to do so, not that it would have been welcome.

But this hug from a stranger was about to undo him.

He stood frozen in place as she walked around him to face him again. His gaze moved down to her bare feet and noted that her nails were the same shade of purple as the streaks in her hair. Belatedly, he considered how cold she must be.

“I can see that you’re in a dark place,” she said, touching the side of his face. It was just the whisper of a caress, but it made his throat tighten. “It’s good that you honor the memory of this person you loved. But don’t be afraid to live now. What you’ve gone through, it will bring you where you need to be. Even the stars can’t shine without darkness.”

Mesmerized, he didn’t resist when she pulled him down. He closed his eyes when her lips touched his. She kissed him, an expression of comfort more than passion. The taste of sweet champagne lingered when they parted. She smiled again, her dimples teasing him, then turned and walked back inside.

After a moment, he followed her. This woman whose name he didn’t even know had given him more to think about in their few minutes together than anyone had in a long time. For someone who appeared no older than her early twenties, she had incredible insight.

She’d given him a glimpse of light that he hadn’t even known he craved. He supposed the least he could do was thank her.

Returning to the reception, he went looking for her. He figured she’d return to the dance floor, so he started there. After twenty minutes, he had to give up. 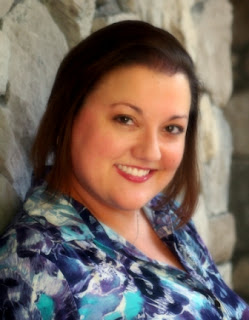 Raine Thomas is the award-winning author of a series of YA fantasy/romance novels about the Estilorian plane, including the Daughters of Saraqael trilogy and the Firstborn trilogy. She is also the author of the bestselling New Adult Contemporary Romance, For Everly, and the much-anticipated spin-off, Meant for Her. She is a proud member of Romance Writers of America and is a contributing blogger to The Writer's Voice. When she isn’t planning weddings, writing, or glued to social media, she can usually be found on one of Florida’s beautiful beaches with her husband and daughter or crossing the border to visit with her Canadian friends and relatives.