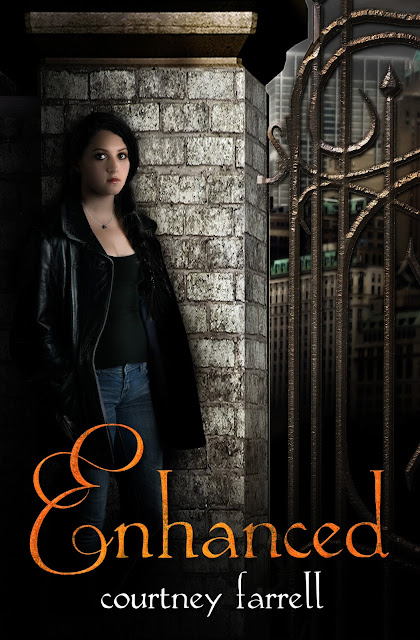 Michelle was born into the Institute’s eugenics program, where doctors breed people like livestock. One powerful man decides which children grow up, and which disappear. Culls are dumped in the slum outside Institute walls, and those kids never come back. Michelle has survived every purge, and she’s about to win a luxurious life as a breeder. When her brother and her boyfriend are both mysteriously culled, despite their high scores, she goes over the wall to find them. Alone in the ghetto, she’s in trouble until handsome, streetwise Dillon stakes a claim to her. She’s mortified because the Enhanced see Norms as little more than animals. But the doctor is using the missing boys in a twisted experiment, and she needs Dillon’s help to stop him. Michelle must rescue the boys, but a plague is spreading, the doctor is after her, and Dillon isn’t thrilled to help her find her lost boyfriend. 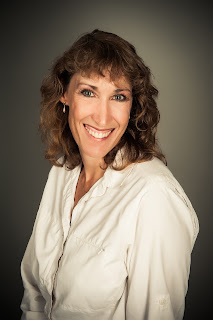 Brian could go no farther. Below him, Carissa rounded the corner, sticking close to the only home she ever had.
“Carissa!” he shouted. She hesitated, looking up, and then shook her head at him.
Brian waved wildly. “Wait!” That threw him off balance and he windmilled his arms, trying to stay on his feet. Fresh pigeon droppings made the metal slick, and the Institute’s star athlete failed. He slipped and crashed hard onto the broken pavement Outside. Pain exploded through his knees and back, but he struggled to his feet almost immediately. Bloody abrasions covered Brian’s forearms and knees. Pain screamed from the crushed knee, triggering an animal instinct to hide. He backed into the shadow of one of the little Norm hovels that lined the alley.
He took a deep breath to call Carissa’s name again, but a flash of blue in his peripheral vision stopped him. A couple of Augment security guards lurked in the alley outside the gate. Cooking fires made the air gray with smoke, giving the place an eerie feel. Brian concentrated, trying for a pain block, but these things take a focused mind. He limped around the corner, finally forcing himself into a shambling run. Carissa slipped along ahead of him like she didn’t even touch the ground.
Brian did his best to catch up, but he never got any closer. The cull entered a sunny stretch and he suddenly saw why. Carissa ran for her life, pursued by a man in blue. Pain from Brian’s shattered knee shot up his leg, slowing him down, but he wouldn’t give up. Ahead, the blue uniformed man dropped to a crouch and pulled out a crossbow equipped with a laser sight. Ignoring his injuries, Brian pounded down the alley.
The cull must have seen the little red dot dancing along the wall, because she stopped running and turned around to face her hunter. Sunlight caught her hair, turning it to gold. She spread her arms like an angel, and the bolt took her in the heart. Carissa fell more gracefully than any cull had a right to, dead before she hit the ground.
“No!” Brian screamed. He turned on her murderer. The Augment security chief knelt in the dirt with a second bolt already fixed in his crossbow, aimed right at the boy’s chest. For a moment, neither one moved.
Brian didn’t want to know, but he had to ask.  “Do you,” he gasped for air and spit out blood. “Do you kill all the culls?”
The man’s face crumpled, making him look decades older. “Them fancy genes of yours, they don’t want ‘em mixing with the common folks’.”
“They? Who gave the order?” But Brian already knew.
“Salomon.”
“So there’s no colony of Imperfects…that’s just what they tell the culls, so they go quietly.”
The security chief nodded, his weathered cheeks streaked with tears. “I told ya, boy. Givin’ her food wouldn’t matter none.”
The Augment unexpectedly pivoted the weapon in his hands and held out the stock. Brian snatched it away and leveled it threateningly. The chief clambered to his feet, gripping his knees like an old man, and straightened up to stand at attention. His blue eyes locked fearlessly on Brian’s brown ones. Brian froze, and the man gave him an encouraging nod.
“Go ahead, son. Do me the favor.” The chief slowly lifted his arms and held them out, just like Carissa had. Strangely, that little movement saved his life.
Brian couldn’t pull the trigger. Instead, he swung the bow savagely against the Institute wall, beating it over and over until it flew from his hands. Then he walked away, leaving the Institute security chief alone with the body of the first girl he ever loved. At the corner Brian turned and looked back.
“Are y’ gonna tell ‘em?” the chief called down the alley. His voice echoed strangely from the ruins of the old city. “Are y’ gonna tell’em, or will you let ‘em hope?”