Can you share a short history/bio on each of the main characters?

I didn't realize how tough character bios were until I sat down trying to come up with something from scratch, so here's a glimpse at four of my main characters, Twitter-bio style!

Milo - The only SAS guy with any sense! Canadian boy, guitarist… Give me milk & Oreos. Simple enough, right?

Noah - I sing in Spaceships Around Saturn! Also - Canadian, drummer, 19, lover of strawberry milk, has tendency to end up in swimming pools (not always by choice).

Can you share your idea of the perfect soundtrack to ‘American Girl on Saturn’ with us?

This was the soundtrack I created before I actually wrote the book. For the most part, it’s in order of how the storyline played out. 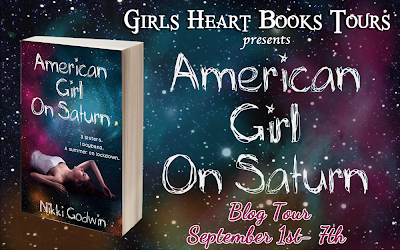