PROMOTIONAL SPOTLIGHT - BEYOND THE EYES SERIES BY REBEKKAH FORD 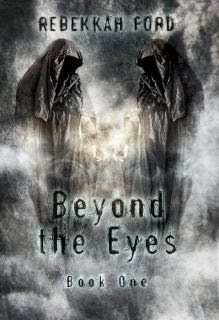 Blurb supplied by Girls Heart Books
Paige knows evil exists in this world, but she never imagined it would want something from her.

After a ghostly voice whispers a haunting message to seventeen-year-old Paige Reed, Paige’s life takes a nightmarish turn. Unwilling to tell her friends about the supernatural occurrences happening in her life, Paige feels more alone than ever–until she meets Nathan Caswell.

Nathan is not only hot, but seems to peer into Paige’s soul, evoking a magnetic energy between them that cannot be denied. But he’s no ordinary guy. He tracks dark spirits, and becomes alarmed when they set their sights on Paige.

And then there are the two power-hungry dark spirits who believe Paige can find King Solomon’s magical ring for them, because when her father was alive, he was close to finding it. If Paige doesn’t comply with their demands, they’ll kill her.

Paige is forced to dig deep into her father’s past and unearths shocking secrets about him and his bloodline. With the past and present colliding, Paige is only sure about two things in her life: she needs to outwit the dark spirits to stay alive, and she’s completely and helplessly in love with Nathan. 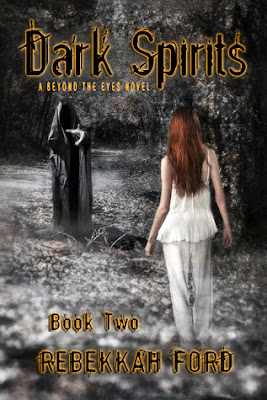 Blurb supplied by Girls Heart Books
Now immortal, Paige is emotionally and physically stronger than ever. She must find the location of the ancient incantations to prevent mass genocide. But the war against good and evil is spawning another war–a battle between the dark spirits themselves. Paige is saddled in the center of both growing revolutions and is ready to take on the dark forces. But Nathan’s overprotectiveness prevents her from taking action, and he’s hiding things.

Paige’s personal life gets more complicated when Brayden arrives back in town and offers the equal partnership she desperately craves from Nathan. Then there’s Carrie and Tree, her two best friends and only family she has left. Unfortunate circumstances thrust them into Paige’s dark world, giving her no choice but to allow Nathan to arm them with combat techniques in hope they’ll be able to protect themselves.

Meanwhile, Paige is having visions and discovering abilities she was unaware of. When Anwar comes to visit, his weird behavior alarms her. Could he be turning to the dark side?

Time is running out. Paige not only needs to find the incantations but also to untangle the bands around her heart and make a decision that could leave her with a life worse than death–a life of betrayal from the ones she trusted most.