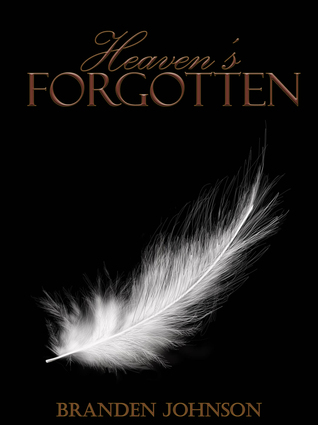 So this cover is what some would say is very basic a solid black background. The main feature of the cover is a gorgeous, pure white, fluffy, fine detailed feather. The title of the book and Authors name appear on the cover in a golden shade. I think the fonts used on the cover work extremely well. I also want to begin by saying, quite simply that I love this cover! That's the easier part of my "Cover Comments" section, now I have to explain why I adore it so much. The beautiful single white feather on the totally black background is such a contrast and it really captures your attention and gives a "serene" "romantic" feel to the book. The meanings behind a white feather, for example some see it as a message from a loved who has passed etc make you feel emotional, and kind of pull's you into pondering about feather making you ask questions such as, Where is it? Who or what is it from? Then when you go on to read the blurb it certainly does its job well, selling the book to you. The blurb makes me think of Mary Ting's Crossroads Saga series, and maybe a little of the Seer's Series by Heather Frost too. (I loved both of those series so yep I'm adding this one to my Want To Read list right now!)
So after all my thoughts and comparisons the question that I ask myself in Cover Comments posts and review posts. . . Would this cover make me pick this book up from a book store shelf? In just a word yes 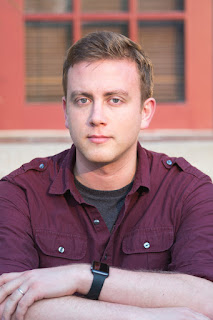 What is your name, where were you born and where do you live now?
My name is Branden Johnson. I was born in Dixon, IL, and I now live in the south suburbs of Chicago.

When did you first consider yourself as a "writer"?
I think around the time my first story was published in a journal. That was a big moment for me, sort of validating and terrifying all at once.

Did it take a long time to get Heaven’s Forgotten published?
Oh yeah, I was shopping it around to agents for a little more than a year before it landed at European Geeks.

Do you work another job as well as doing your writing work?
I do. I’m a programmer by day.

How long did it take you to write Heaven’s Forgotten, from the original idea to finishing writing it?
The origin of the idea came way back in college, so from that grain of a thought to publication, it was about eight years.

Do you have plans for a new book? Is this Heaven’s Forgotten part of a series?
Heaven’s Forgotten is intended to stand alone (not to say I’ll never want to revisit that world). I am in the process of first-drafting my next book.

Where do you get your book plot ideas from for Heaven’s Forgotten? What/Who is your inspiration?
My main source of inspiration for Heaven’s Forgotten was Neil Gaiman. I grew up in a very religious household, and was taught that there were some things you could not make stories about. One of those things was angels. In college, I read a Neil Gaiman story called Murder Mysteries, in which Gaiman created his own sort of angelic mythology. That really opened my eyes to the possibilities. So, while the angelic mythology in Heaven’s Forgotten isn’t real like Gaiman’s, I credit him with essentially giving me the okay to pursue creating it.

How do you come up with the Title and Cover Designs for Heaven’s Forgotten? Who designed the Cover of your books?
My wife, Jennifer Johnson, designed the feather that is the centerpiece of the cover. She does a lot of really cool digital artwork. The rest of the cover/layout was designed by my awesome editor, Elisha Neubauer, at European Geeks.

How do you come up with characters names and place names in Heaven’s Forgotten?
I pull from my life. Many characters, minor and major, are named for or based on people I know.

Are character names and place names decided after their creation? or do you pick a character/place name and then invent them?
I fly by the seat of my pants a lot when it comes to that sort of thing. A character will sometimes surprise me, and I’ll be forced to go back and determine their name and origin after the fact.

Do you decide on character traits (ie shy, quiet, tomboy girl) before writing the whole book or as you go along?
Mostly as I go along. It’s then a process of editing and re-editing to ensure the character is true and consistent to the personality they’ve developed as I’ve worked with them.

Did you basic plot/plan for Heaven’s Forgotten, before you actually began writing it out? Or did you let the writing flow and see where it took the story?
I determined the overall structure of the story ahead of time (and, in fact, wrote the epilogue halfway through the first draft), but individual events would sometimes occur that surprised me. It’s the concept of setting up landmarks and allowing yourself to explore the possibilities in between.

Is there anything in Heaven’s Forgotten you would change now if you could and what would it be?
Well, there is one thing. I named a very, very minor character, who appears in one scene, Jessica. I assumed most people would forget that this character even existed. Later in the story, I introduce a fairly major character named Jezebel, who prefers to go by the name Jessica. This led to some astute readers wondering if I had secretly introduced the character much earlier in the story. I’m not that clever. So, I suppose I’d change that character’s name to something more innocuous.