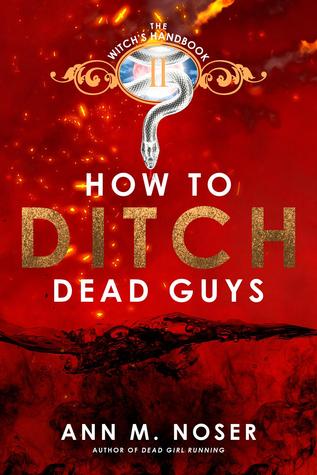 BLURB from Goodreads
After everyone EMMA ROBERTS raises from the dead sinks back into the river, she longs for a purpose. A schedule. Something to accomplish.Then OFFICER WALKER leaves a message on her voice mail: "There's been another murder, and I need your help."With a bag of witchcraft supplies slung over her shoulder, Emma performs a séance for Walker at the site of the murder. But nothing happens until Emma gets back home.Black smoke swirls inside the bathroom. An invisible force slams her head onto the tiled floor. A golden snake slithers across her legs, then impales her wrist with its icy teeth.As the smoke clears and the images fade, the truth becomes clear.This time around, Emma won't just watch what happened. She'll live it.As Emma helps Officer Walker solve murder cases, she relives the horror of each victim's last moments of life. From the edge of the river to the underground lair of the gang who murdered Steve, she endures it all.As Emma weakens, both the victims and the murderers who killed them fight for control of her body and mind.She's possessed, and the voices inside her head won't let her ask for help.Even the Book of Shadows can't save her now… 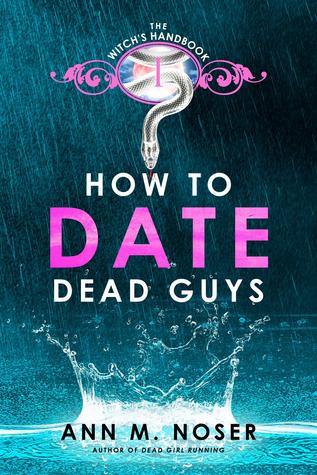 BLURB from Goodreads
College sophomore Emma Roberts remembers her mother’s sage advice: “don’t sleep around, don’t burp in public, and don’t tell anyone you see ghosts.” But when cute Mike Carlson drowns in the campus river under her watch, Emma’s sheltered life shatters.Blamed for Mike’s death and haunted by nightmares, Emma turns to witchcraft and a mysterious Book of Shadows to bring him back. Under a Blood Moon, she lights candles, draws a pentacle on the campus bridge, and casts a spell. The invoked river rages up against her, but she escapes its fury. As she stumbles back to the dorm, a stranger drags himself from the water and follows her home. And he isn’t the only one…Instead of raising Mike, Emma assists the others she stole back from the dead—a pre-med student who jumped off the bridge, a young man determined to solve his own murder, and a frat boy Emma can’t stand…at first. More comfortable with the dead than the living, Emma delves deeper into the seductive Book of Shadows. Her powers grow, but witchcraft may not be enough to protect her against the vengeful river and the killers that feed it their victims.Inspired by the controversial Smiley Face Murders, HOW TO DATE DEAD GUYS will appeal to the secret powers hidden deep within each of us.

INITIAL THOUGHTS
My first thoughts approaching this book are that it will be a light, "chick lit" read. I'm looking forward to the "magical" elements of the book too.

MY REVIEW
I received this e-copy from the publisher's Curiosity Quills Press in return for my honest review and participation in the Blog Tour.
The main character is called Emma Roberts, she has led a quite sheltered life until going away to live on a college campus. She gets put with one of the "popular girls" as her roommate. She has been dragged out to a party with that very room-mate when she first sets eyes on Mike Carlson, Her roommate immediately falls in love with Kevin Carlson. So when Emma is being pulled around social events with her room mate she tends to bump into the brothers a lot. Her roommate soon starts dating Kevin, with a little help from her sister and the Book Of Shadows that was handed down to her by their grandmother. So when Mike is celebrating his 21st birthday Emma goes along with her popular roommate to the "party". Whilst partying Mike becomes quite drunk and on the walk home with Emma decides he want to swim the notorious river that's near the campus. Emma cannot stop Mike from getting in the river and attempting to swim across so she decides to join him. Emma makes the swim to the other side, tragically Mike doesn't.
Emma's roommate and Kevin (Mike's brother) blame Emma for not preventing Mike from going into the river. In fact everyone on campus seems to blame Emma. It's around that time that Emma stumbles upon the Book Of Shadows. She decides to go to the river and try to exchange her life for that of Mike. Only things go awry and she ends up bringing other males that have perished in the river. The story in about all the scrapes she gets into trying to get Mike back and how she has to help the other "spirits" with their unfinished business too.
There are some really funny situations in the book. Emma even ends up being attracted to one of the spirits and she takes him home for Christmas with her. The book isn't just humour though as we the reader get to see the spirits families and how they are or are not coping with the loss of their loved one.
I did like the main character of Emma, kind of shy and introverted, then through helping the spirits she ends up being more confident and outspoken.
I also liked the older male cop character too, who always seems to turn up and catch Emma just after all the drama. He definitely realises that there's something "otherworldly" happening around Emma. At first Emma feels the cop is irritating and suspicious but he soon ends up being a valuable asset when Emma stumbles on a murder case. . . .
Though the book wasn't exactly what I had expected, I did find it an enjoyable, and quite interesting read.
So did I enjoy the book? Yes, it was funny, poignant, sad and actually uplifting at times too. Would I recommend the book? I guess so to those who like a lighter read. Would I read a Book Two? Mmm I'd definitely want to read the blurb for the next book with a view to possibly reading and reviewing it. Would I read other titles by Ann Noser? I think I would, I'd certainly check out the blurbs etc.