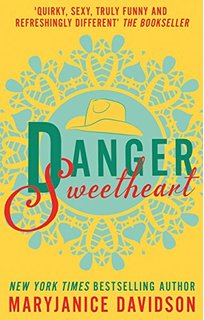 BLURB supplied by publisher
This city boy’s about to get a taste of country life . . .

EXCERPT
Natalie Lane watched the rented truck cover the last half mile to Heartbreak and was not impressed. This would be the first of what promised to be weeks of awful days, and not for the first time she wondered why she didn’t give up, give in, and get lost. Follow half the town out of town. Let Sweetheart die.
Not even if he stuck a gun in my ear. Because it wasn’t the town, it was never the town, it was always the people. Well. Most of the people. Garrett Hobbes, for example, could fuck right off. The world needed more golf courses like a diabetic needed a glucose drip.
The truck passed the last gate and pulled up between the farmhouse and Barn Main. The engine quit and she could see him in the driver’s seat, moving his hands, and was he . . . ? Was he patting the steering wheel? In a well done, mighty steed way? Yes. Yes he was.
Self-congratulation must run in that family, she mused. Oh, and look at this. He remembered to kick out the ladder this time. Too bad.She’d  have loved to see him on his ass in the dirt. Again.
“It’s you!” he said as he hopped down, having the balls-out nerve to sound excited. Except where did she get off ? Before she knew who he was, she’d have been happy to see him, too. If anything, she was more pissed because she had liked him on short acquaintance. What  if he’d never seen her in her other life? When would she have found out his terrible truth? Their first date? Their first month–aversary? Their wedding night?
Wedding night? Jeez, Natalie, get a grip.
“Hello again.” He stuck out his hand, which she definitely didn’t notice was large and looked strong, especially in contrast to her own teeny paws. Nor did she notice he had big hands and, as a glance at his shoes told her, big feet, and she definitely didn’t form a theory about his dick based solely on his sizeable mitts. She also didn’t notice how his smile took years from his face, or how his pricey clothes beautifully set off those long legs and wide shoulders, that  the color of his crisp button-down shirt was the same color as his dark blue eyes, that his tan slacks
(slacks? Seriously? Slacks?)
fit like they were made for him
(of course they were; guy’s probably got a fleet of tailors stashed somewhere)
and that his swimmer’s shoulders made his waist appreciably narrow in contrast.
He was still holding out his hand, and she gave it a brief listless shake, the limp kind with the bare tips of her fingers. “You’re late.” 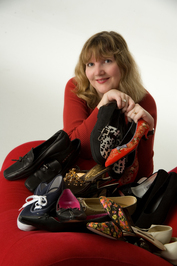 MaryJanice Davidson has written in a variety of genres, including contemporary romance, paranormal romance, erotica and non-fiction. She is an internationally bestselling author and her books were translated into several languages and are available in fifteen countries. She lives in Minnesota.

This city boy’s about to get a taste of country life . . .

INITIAL THOUGHTS
It's been a while since I have read anything by this author. I loved both her Vampire & mermaid book series. I am looking forward to this one as MaryJanice Davidson is so witty in her writing so am looking forward to reading this book and it making me snicker, smirk and laugh!

THOUGHTS WHILST READING
Not as an amusing read as I had initially expected. Though to be totally fair this book is classed as contemporary romance and doesn't really mention comedy/humour. I'm definitely sticking with reading this book though as I want to find out who Natalie really is and why she seems so determined not to even like Blake Tarbell, let alone have any type of romance with him at this point I am at reading the book.

REVIEW
I was so lucky to be offered and sent a paperback copy of this book in exchange for my honest review by the publishers Little Brown.
The cover of the paperback is a bright eye catching yellow, the spine of the paperback is orange and they both have elements of green on them too. This sounds. . well super strange when I read it back but honestly it works! The cover has a cowboy hat and what I can only describe as a very "doily" like pattern on the front cover.
So would the cover make me pick this book up in a book store? I would certainly pick this book up as it is brightly coloured, grabs your attention and the fact it is written by MaryJanice Davidson would make me want to investigate further!
I know I've already done my cover comments above but looking from the perspective of having read the book I think I do need to add that I think the cover suits the contemporary style of the book.
The book is primarily set in a small rural community and farming area of Sweetheart.
So the main character is Shannah Banaan (who hates to be called Shannah Banana!!) without giving away too much, she has a one night stand, becomes pregnant, then has twins. Shannah gets no help at all from her family and it is most certainly a "bad thing"/stigma in her small community. Shannah still owns a farm/ranch in Sweetheart and wants her sons to save what is a dying community. Shannah suggests, coaxes, tricks, cajoles and blackmails her son Blake into helping out at Heartbreak.
The book then jumps forward in time and the main characters are Blake and Rake Tarbell, Shannah's sons. It seems Shannah is now much more well off and so are her sons. So much so they are in the perfect position to help the little community that once snubbed them by buying land, and also farming Heartbreak Farm/Ranch. In fact by holding onto Heartbreak and refusing to sell they are preventing a large business concern from building a golf club. Also thrown into the mix is Natalie Lane who has craftily made Blake Tarbell think she is part of the Heartbreak workforce. Natalie thinks that Blake is just another spoilt rich business man slumming it on a farm for a few months until he gets fed up. What would Natalie make of Rake. . . the . ..er ladies man, who tends to get what he wants when, and how he wants it.
I have read quite a lot of MaryJanice Davidson's paranormal titles, both the Queen Betsy Series and her Fred the Mermaid Series too which I really loved. I admit I don't read all that much contemporary, but was still looking forward to reading this book. The pace was a little slow for my taste as a reader and most likely my preconceived ideas of what I thought the book would be like, but I was actually a little bit disappointed that there wasn't as much comedy in this book as in MaryJanice Davidson's paranormal titles. I did laugh at the interaction between Blake Tarbell and the ill tempered cantankerous pony that lives at Heartbreak, called Margaret of Anjou.
One point I wasn't very keen/impressed with is the one of the male characters called Garrett describes is mother as having "pudding for brains" and then goes on to say"F**k*ng Alzheimers, it made patients a zillion times more irritating while taking years to actually kill them" Though this may be the case and this is a character perhaps just being flippant I found it unnecessary and somewhat derogatory.
So Did I enjoy the book? I thought it was an okay contemporary read. Sadly I just didn't love it like I had expected to.
Would I recommend the book? Only to those who really like the contemporary genre.
Would I want to read another contemporary book by MaryJanice Davidson? I would read the blurb of any other contemporary book by MaryJanice Davidson but I'm not sure I would read another, it would depend on the individual blurb. There were times when I felt like not finishing this book too which is rare for me.
Would I read another book by MaryJanice Davidson? Sadly if I am truly honest the answer would have to be a no to other contemporary books by MaryJanice Davidson. Having said that I would definitely read other paranormal books by MaryJanice Davidson.

FINAL THOUGHTS
I certainly didn't think I would ever say I wasn't so keen on a book written by this author having read so many of her books. However, I just didn't fully get into this book. On reading the blurb it sounds like the type of book I would read and enjoy, and the characters are good too. I don't know how to explain further than just saying the book was okay. I guess I am shocked and a little underwhelmed. Maybe I had built up my expectations too much based on the paranormal fiction I have read by MaryJanice Davidson.