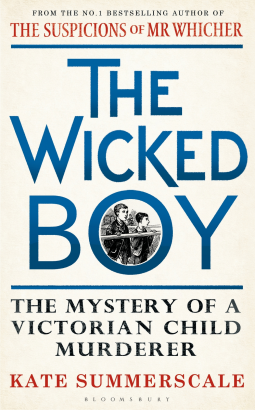 BLURB from Goodreads
In the summer of 1895, Robert Coombes (age 13) and his brother Nattie (age 12) were seen spending lavishly around the docklands of East London -- for ten days in July, they ate out at coffee houses and took trips to the seaside and the theater. The boys told neighbors they had been left home alone while their mother visited family in Liverpool, but their aunt was suspicious. When she eventually she forced the brothers to open the house to her, she found the badly decomposed body of their mother in a bedroom upstairs. Robert and Nattie were arrested for matricide and sent for trial at the Old Bailey.

Robert confessed to having stabbed his mother, but his lawyers argued that he was insane. Nattie struck a plea and gave evidence against his brother. The court heard testimony about Robert's severe headaches, his fascination with violent criminals and his passion for 'penny dreadfuls', the pulp fiction of the day. He seemed to feel no remorse for what he had done, and neither the prosecution nor the defense could find a motive for the murder. The judge sentenced the thirteen-year-old to detention in Broadmoor, the most infamous criminal lunatic asylum in the land. Yet Broadmoor turned out to be the beginning of a new life for Robert--one that would have profoundly shocked anyone who thought they understood the Wicked Boy.

At a time of great tumult and uncertainty, Robert Coombes's case crystallized contemporary anxieties about the education of the working classes, the dangers of pulp fiction, and evolving theories of criminality, childhood, and insanity. With riveting detail and rich atmosphere, Kate Summerscale recreates this terrible crime and its aftermath, uncovering an extraordinary story of man's capacity to overcome the past. 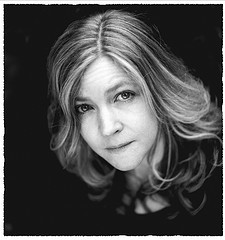 Kate Summerscale (born in 1965) is an English writer and journalist.


She won the Samuel Johnson Prize for Non-fiction in 2008 with The Suspicions of Mr Whicher or The Murder at Road Hill House and won a Somerset Maugham Award in 1998 (and was shortlisted for the 1997 Whitbread Awards for biography) for the bestsellingThe Queen of Whale Cay, about Joe Carstairs, 'fastest woman on water'.
As a journalist, she worked for The Independent and The Daily Telegraph and her articles have appeared in The Guardian, The Daily Telegraph and The Sunday Telegraph. She stumbled on the story for The Suspicions of Mr Whicher in an 1890s anthology of unsolved crime stories and became so fascinated that she left her post as literary editor of The Daily Telegraph to pursue her investigations. She spent a year researching the book and another year writing it.
She has also judged various literary competitions including the Booker Prize in 2001.

Learn more about Kate and her books here