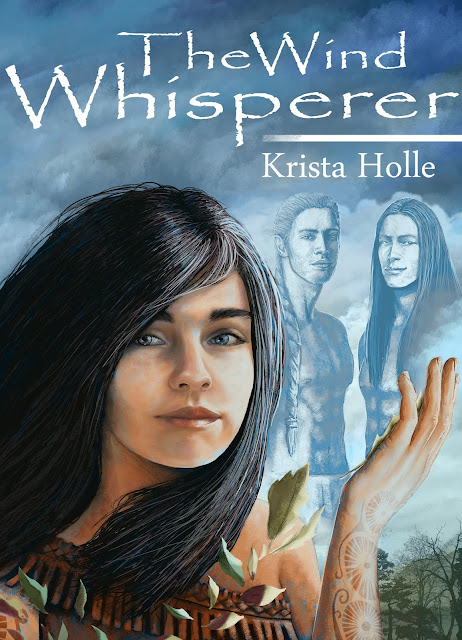 BLURB supplied by Krista Holle
At fifteen, Anaii is the most important member of her tribe—and the most mysterious.  Ever since Anaii can remember, the spirits of the wind have whispered of fertile hunting grounds and imminent enemy attacks.  But when her people are ambushed by a brother clan without any apparent cause, the spirits remain eerily silent.
As the village prepares to retaliate, Anaii is pressured by her best friend, Elan, to marry him.  It’s an old plea—Elan has spent a lifetime loving her, but Anaii only sees a childhood playmate out of an imposing warrior.  Stifled by Elan’s insistence, Anaii escapes into the forest where she meets Jayttin, the beautiful son of the enemy chief.
Enamored by Jayttin’s carefree spirit and hope for peace, she repeatedly sneaks away to be with him, but when her deception is discovered, Elan is devastated.  Pledging his lifelong affection, Elan gives her a passionate kiss, and Anaii begins to see her friend in a new light.


While Anaii is tormented over which man she must choose, the wind whispers of a new threat that could destroy both tribes.  Only a union will afford a chance at survival, but the reality of that union is based on one thing—which man Anaii chooses to die. 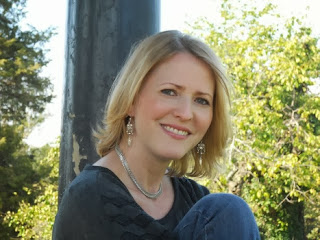 Krista Holle is an award winning author who stepped up her writing after reading Stephanie Meyer’s Twilight series.  It occurred to Krista that there is an insatiable audience of women and girls who want to read books filled with stories about true love—not just vampires.  When Krista is not writing, she loves to collect seashells, watch movies, and eat obscene amounts of pizza.  Krista currently resides in Montpelier, Virginia with her husband, four daughters and an eccentric cat with a weird attachment to the family’s socks.

EXCERPT
I looked around cautiously before freezing at the sketchy outline of a muscular man partially hidden in the grass.  A man!  He was sprawled on his back and golden pink from too many hours in the sun.  My heart pounded to see the unfamiliar pattern of a deer on his breechcloth.  I had marched myself directly into the reach of a Zennite warrior!
I gingerly took a step backwards, but to my horror, the man’s black eyes fluttered open.  I turned and hurled myself back across the meadow, just as the man shot up and flew after me like a predatory bird.  My muscles burned and strained to lengthen the space between us, but getting away was hopeless.  I was not a challenge to even the young boys in the foot races.
After a few powerful strides, the warrior tackled me to the ground, painfully grazing the skin on my cheek.  I wheezed a few times before my lungs filled with air.
“A Chippoke?” he asked between breaths.
I feverishly punched and kicked to free myself.  “Get—off—me!”
“Stop! I’m not going to hurt you,” the warrior chuckled as he struggled to pin my arms and legs.  His voice was calm and pleasant, but lying was no different than breathing to a Zennite.
“I cannot promise the same,” I wheezed as I fought.
“You’re a bobcat,” he said with a laugh.  “A bobcat with no teeth or claws.”
“Let me go!”
“I will when you’re calm.”
Strong hands held my wrists while his full weight pinned my torso against the earth.  Fighting him was as useless as running.  “You are not a boy,” I spat angrily, fully taking in my attacker.  It was little comfort that he didn’t look like a bloodthirsty killer.  He was admittedly handsome with an angular face and sleek black hair that hung well past his shoulders.  He was not as tall as Elan, but his muscles were narrow and built for speed.  There was something different about his eyes too.  They were as black as soot—very unlike the brown woodsy colors from our tribe.
The warrior smirked down at me.  “My mother will be very surprised to hear that.  All this time she’s assumed…”
My face heated, but I fiercely met his gaze.  The Zenni were like wild dogs and pumas—they could smell emotions. “What I meant was, you are a man, not a boy.”
“Oh, I see, but you must understand, I’m not a man yet.”
“You must understand I’m a squirrel!  Get off!  You’re hurting me!” I ordered with a useless heave.
“No,” he said with a smirk.
It was then I realized I might die—right after I was lulled into a false sense of security.  My chest pounded as I searched for the killer’s weapon.  “Are you going to kill me?”
“I do not feel like killing you just yet,” he said as his long hair swirled in my face.  Were we to play a game before he killed me?
“I am glad the mood doesn’t strike you,” I snarled.  The warrior studied me with a drawn brow.  Was he guessing that I was the forest witch?  I didn’t think I looked like a witch, but I wasn’t certain what one should look like—evil at least.
“I don’t understand something,” the warrior said.  “Your eyes are blue—the blue of an angry sky.  Are you the daughter of a god?”
“Yes,” I said, heaving against his weight again.  “Now get off me, or my father Achak will strike you dead with lightening.”

OTHER BOOKS BY KRISTA HOLLE 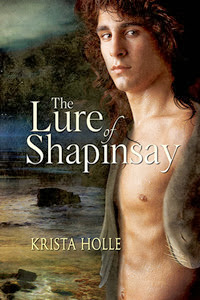 BLURB from Goodreads
Ever since Kait Swanney could remember, the old crones of the village have been warning her to stay away from the selkies. They claim that like sirens of old, the seal men creep from the inky waters, shed their skins, and entice women to their deaths beneath the North Sea. But avoiding an encounter becomes impossible when Kait is spotted at the water’s edge, moments after the murder of a half-selkie infant. Unexpectedly, Kait is awoken by a beautiful, selkie man seeking revenge. After she declares her innocence, the intruder darts into the night, but not before inadvertently bewitching her with an overpowering lure. Kait obsesses over a reunion deep beneath the bay and risks her own life to be reunited with her selkie. But when she lands the dangerous lover, the chaos that follows leaves Kait little time to wonder—is it love setting her on fire or has she simply been lured?