The Witch Lake Chronicles Series Information
Witch Lake - a small, picturesque New England town nestled in a rich forest. The sort of town people drive past every day with a laugh for the oddity of its name. Off the beaten path - a quaint getaway, removed from the hustle and bustle of today's society but not so far away that it's out of touch. Quiet and contained, the history which branded it has been all but forgotten by the living, removed to the footnotes of history and the corners of the town’s library. But the living aren’t the only ones with an interest in the town.

Unseen, the spirit of a long-dead witch works to prevent disaster and preserve her descendants. Unnoticed, a young man with the power to walk in the dreams of others struggles to learn the truth about himself and his home. Unafraid, a shapeshifter who cannot control his power readies himself for the hunters he knows will come.

Their paths are linked between worlds of life and death, dream and waking, and truth and lies. Together, they must combine the bitter truth of the past with the courage to face the future, while there still is one. 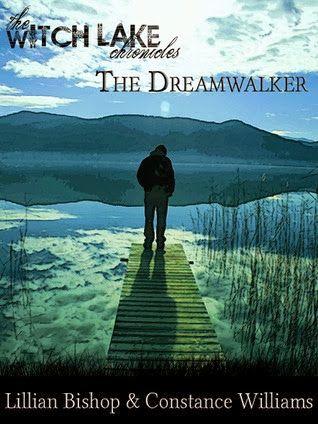 BLURB supplied by the Authors
Everyone loves a good mystery and Sam Gardener is certainly one of those. Abruptly pulled from school years before, nobody has seen or heard from him since – until now. Returning to high school for his senior year, he is not the same friendly boy his classmates remember, and the rumors are flying. None, however, come close to the truth. The bearer of a strange and frightening supernatural ability, Sam strives to regain control of his life.


Along with some unlikely new friends with secrets of their own, Sam learns that his own mystery is only the tip of the iceberg in the quaint town of Witch Lake. With their help, he must learn the strength of his own gift, and lose the fear that comes with it. With their help, he can stand against the gathering darkness. Together, they can face the truth of Witch Lake, but alone? They will be lost beneath the surface, drowning in depths none could foresee. 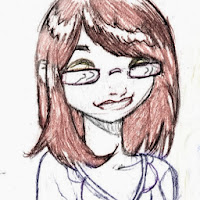 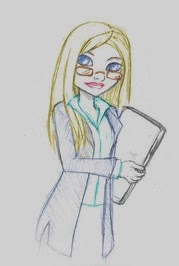 Lillian Bishop and Constance Williams have been writing together for over ten years now. Until now, their audience has been friends and family, and their writing has been purely for pleasure. They both believe that that is what is should be about - after all, if you don’t enjoy writing, how can you expect anyone to enjoy reading what you have written.

Unusually, Lillian and Constance do not live near each other. In fact, they live in entirely different countries. Lillian is American, Constance is British. Their writing partnership began when they were introduced through a mutual friend, and they discovered that they shared a love of the written word, a passion for crafting stories, and a compatible style. Now they are mostly found online - at very odd times of the day and night!

Do you work another job as well as your writing work?
We both work full time as well as write, which makes for very busy days!

Do you have plans for a new book? Is this book part of a series?
The Dreamwalker is actually the first book in a series - The Witch Lake Chronicles. We are working on the sequel, The Protectors at the moment. You can read the first chapter of The Protectors on our website (though we wouldn’t recommend this unless you have read The Dreamwalker first - major spoilers!!)

What genre would you place your books into?
Young Adult Paranormal Fiction would be the genre.

What made you decide to write that genre of book?
It’s fun! We have a good time writing about teenagers for the time being, though eventually there will be more adult characters in The Witch Lake Chronicles. We find that it’s a genre that gives us a whole lot of scope for imagination and originality - as well as being able to have a great time whilst we’re writing.

Do you have anybody read your books and give you reviews before you officially release them? ie. Your partner, children, friends, reviewers you know?
Yes! We’ve given the book to a few friends and family members. Funnily enough, even if we do not write in the genre our fathers generally read, they’ve been our best sounding boards! We like to get feedback to ensure that when our books are released to the general public they’re as good as they can be.

Would you ever ask a reviewer to change their review if it was not all positive about your book/books?
No - for a review to be worthwhile, it’s important that it is honest and we both realise that ‘honest’ might not be what we want to hear. We are not naive enough to believe that everyone out there would enjoy what we like, but that is part of the beauty of fiction. There is something out there for everyone. That said, though, the reviews that we have had so far have all been generally positive and inspiring - and any criticism has been really constructive, which is always great to get.

Do you choose a title first, or write the book then choose the title?
A little bit of both. The series title - The Witch Lake Chronicles - was chosen upfront. The title, The Dreamwalker, was chosen towards the end of the final editing process. Book two, The Protectors, was chosen to follow the theme of the first title.

How do you come up with characters names and place names in your books?
All over the place! There’s the very occasional name of a family member or friend but most of them are off the tops of our heads, honestly. It’s whatever seems to fit in our heads for arbitrary reasons. Places are usually made up, though Witch Lake is a real lake near where Lillian grew up. It was too fun a name to pass up.

Do you decide on character traits (ie shy, quiet, tomboy girl) before writing the whole book or as you go along?
Generally speaking, yes. Most of our characters have full character profiles we write up before they ever appear in the story, some of which we specifically gear to be a different voice involved to play against other characters. There are occasions however where we add in as we go. In fact, we just recently spoke about introducing a new character to have a different personality archetype involved!

What are you currently reading? Are you enjoying it? What format is it?(ebook, hardback or paperback)
Lillian - I’m reading ‘This Book Is Full Of Spiders’ by David Wong. I love the book, it’s a sequel to ‘John Dies At The End’, which I also adored. I bought both books in ebook format. These days, it’s pretty much all I buy!

Constance - I’ve just finished reading an ARC copy of Marc Secchia’s The Girl Who Sang With Whales, which should be released soon - I would highly recommend people check out Marc’s work!

Did you read a lot at school and write lots of stories or is being a writer something newer in your life?
Lillian - My dream of being an author was started when I was in first grade. I constantly wrote stories all through my school years, I was definitely that weird girl who read books I didn’t have to, and carried around two or three notebooks more than necessary, to write during any moment of downtime in class.
Constance - I started writing in my early teens, though I took a break whilst I was at university. I came back to writing once again in my mid-twenties, which was when I met Lillian. I have, though, always been a voracious reader.

How does the writing process work with two authors?
Constance - I would imagine that it works differently for different writing partnerships. For us, we bat things back and forth a lot. We decided on a writing style at the beginning of the series (we have slightly different writing styles, so it was important we agreed that up front for consistency. In this series, we’re leaning more towards my writing style. We have another series planned for the future where the style is more Lillian’s). After that, we have an idea where we want to go and we set out. We write either chunks in draft alone, which then get sent to the other for review and initial edits, or we’ll write together, a few lines at a time. This latter technique is especially valuable when we’re writing conversations, where we will often take a character each. The results can often be surprising and far more dynamic than we would be able to achieve writing alone.

If there's a disagreement, say about plot, character direction, title, cover etc how do you solve it?
Lillian - We get this question all the time, mostly with a disbelieving tone, or bewilderment. For us, disagreements are discussed, and we find a good place to go. We both get our say, and go from there. If we can’t seem to decide which route to take, we kick the problem in our editor’s direction. Usually it’s not actually that traumatic to come to a conclusion, and it’s pretty rare we even talk about things for more than one sitting or need an outside opinion. Really, the majority of the time it’s just a matter of ‘I think this!’ with a response of ‘Okay!’
Constance - ‘Disagreement’ would be the wrong word. There are times when we’ll stop and have a discussion about where we think a character, or the general plot, is going. We’ll both bring our ideas to the table and consider all of the options. Most of the time that is a fairly painless process. We have a very collaborative approach that works well. If an idea can’t be incorporated into the current plot, then we make a note of it and shelve it for the future. As for characters, generally we assign ‘ownership’ of a character at their initial construction. Whichever of us has the ownership of that character has final say over their actions.

Do you enjoy writing with another author more than writing alone?
Lillian - My favorite writing is writing with Constance. While sure, I get ideas and so does she, we do contribute sections of the books individually to later be gone over together, I get the most as a writer when we’re batting things back and forth for a chapter, or even just a section of a scene.
Constance - I find that I am more inspired, writing with Lillian. Writer’s block ceases to be an issue, for a start. If one of us is having trouble, the other will take over. That helps - and there’s nothing more inspiring than seeing the whole thing come together!
10. Do you get together in the same room to do the writing or is it all done via computers?
We don’t live in the same country! We’ve not been able to meet in person yet, though we certainly plan to. But no, we can’t meet up. Instead we talk extensively on Skype, plotting and writing and just chatting in general.