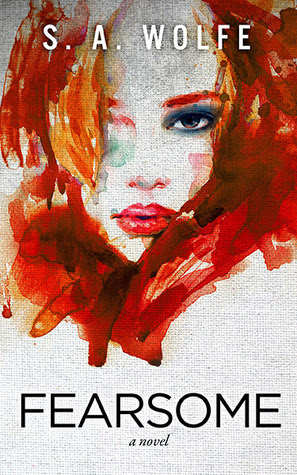 FearsomeJessica Channing’s big city life should be more exciting than sixty-hour work weeks and popcorn nights with her girlfriends, but it’s not. She has worked hard fulfilling her role as a child prodigy and graduating college years before her peers. She’s the good girl, the brilliant girl.Unfortunately, she’s also the dateless young woman.That all changes with one phone call. Jess’s rigid, predictable life upends when she must visit a small, obscure town to deal with a relative’s death. This isn’t just any little speck of a town, though. Long lost memories come crashing down on Jess’s world when two men, the Blackard brothers, seem to lure her in. Dylan is cover model handsome, and pursues Jess the minute she comes to town. Then there is tall, dark and gorgeous Carson, who hides his own secrets behind his hardened reserve. For someone who has been governed by her own obsessive behaviors and fears, Jess lets her guard down and jumps at the opportunity to have an affair with a man she actually finds attractive for a change.There’s just one problem. Jess discovers that she can’t have a simple romantic fling because true passion does indeed come with some very big strings attached to it. She will have to own up to her own truths about love and face the two extraordinary men; both troubled in their own ways and both determined to have her.
PLEASE NOTE:This novel contains graphic sexual content and strong language. It is intended for mature readers.

ANOTHER NOTE: This book is 99c for the duration of the blog tour!

What is your name, where were you born and where do you live now?
My name is S. A. Wolfe. I was born in the frigid Midwest and have lived all over the U.S., but now we reside in New York City.

When did you first consider yourself as a "writer"?
I first considered myself a writer when I completed a 400-page novel in my early twenties. I got an agent, and the manuscript was shopped around like a cheap whore but never sold. I still felt like a writer even though I shoved the cheap whore in a drawer and went on to write my next novel.

Do you work another job as well as your writing work?
I'm fortunate that I do not have to work another job outside of the house, although I will say raising children is full-time and it does not end at 5:00 PM, in fact, that seems to be when my kids get their second wind and our house doesn't go to bed until well past 11:00 pm. I used to have to come home from corporate jobs to write, but now I can write while the kids are at school, and I also like to pull a few all-nighters on the weekends.

What can we expect from you in the future?  ie More books of the same genre? Books of a different genre?
I love New Adult romances and my next novel will fit into the same genre. I generally don't talk about my work-in-progress but I'm very excited about my next novel. The characters are very different from Fearsome. What I can divulge are some keywords: Jersey Shore, Brooklyn, surfing, sharks (this is actually the funny part), rockslides, Aspen, boy meets girl, and hot steamy scenes.

Do you have a favourite character from your books? and why are they your favourite?
I've written four novels and one screenplay over the last fifteen years. So far, my favorite character has been Carson. He's just beautiful, inside and out. Smart, thoughtful, determined, strong, and sexy hot!

Where do you get your book plot ideas from?What/Who is your inspiration?
I have no problem coming up with ideas for characters or plots. Everyday people-watching inspires me as does having a brain that never shuts off. I'm always daydreaming.

How do you come up with the Title and Cover Designs for your book/books?Who designed the Cover of your books?
The title went through several changes. I finally based it on a conversation between two of the characters, and I thought it was fitting to the attraction they felt for one another.

The cover was a different issue. All credit goes to Damon at Damonza.com.

I told Damon that I was afraid to go with a half-undressed hunky guy on the cover because there are already so many great covers like that on the market. I wanted people on my cover, but they’d have to be obscured somehow because I wanted the reader to imagine the characters in their own way rather than see actual models on the cover. I thought I might be shooting myself in the foot by doing this since successful indie authors do very well with photographs of models on their covers. Damon made six different covers and this one of the painted girl captured my attention for several reasons. 1) It wasn’t a photograph, so the reader could still imagine Jess in their own way. 2) After you read the novel, you realize this is one of Jess’s self-portraits entitled “Girl.” 3) The colors are captivating. I ran the cover options by a variety of people close to me and they all chose the exact same one because it grabbed their attention

Have you ever suffered from a "writer's block"? What did you do to get past the "block"?
I never suffer from writer's block. I know what I have to write, my brain is screaming at me to write things down all the time. I may find excuses not to write because I'm procrastinating, but it certainly isn't because I'm "blocked."

What is your favourite book and Why?  Have you read it more than once?
I don't have a favorite book because I read everyday, and I cross over so many genres. I love classics as well as mainstream fiction. I have been saying this a lot lately, but it's true:

"I enjoyed "Middlemarch" by George Eliot and "Lick" by Kylie Scott.

How many people have mentioned "Middlemarch" and "Lick" in the same sentence? Probably not too many, but I think it's kind of awesome.

They are both worth reading!"

Is there anything in your book/books you would change now if you could and what would it be?
I think all authors think of what they'd like to change in their books once they've been published. I know I do. But at some point you have to stop and leave that book alone and move onto the next novel.

Thank you! ~ S. A. Wolfe
Thank you for taking the time to take part in this Interview! 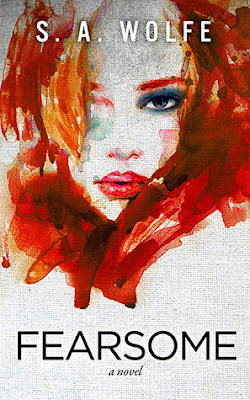 I’m still daydreaming when he stops abruptly to pick up his toolbox and I bash right into his back. Perfect. Didn’t I already do this with Dylan?
Carson drops the box and turns around to catch me. “I’m sorry, did I do that?”
“No, it was me.” I rub my nose.
He’s holding me by the waist, pulling me into him, but it’s not a déjà vu of Dylan. Carson is something else—something I like very much—and I suspect that being torn between two men in my own imaginary, lovelorn world is a sign of my immaturity. At least, that would be the first thing my mother would say before she asks what they do for a living. My hands are wedged between us, resting against his hard abdomen.
Carson doesn’t let go, as if he’s thinking of something to say or thinking of pulling one of those fast Blackard kisses. “This could be awkward,” he says and releases his grip on me while his hands remain hovering by me.


I’m not sure if he’s having the same thought as me, that a kiss would be awkward since I’m going out with Dylan, or if it’s awkward because he sees me as some virginal geek and he’s never touched one in person before. It’s awkward because I’m over-thinking the whole scenario!
GIVEAWAY
a Rafflecopter giveaway