PROMOTION & GIVEAWAY - THE PERIMETER - & THE OUTSIDE SERIES BY SHALINI BOLAND 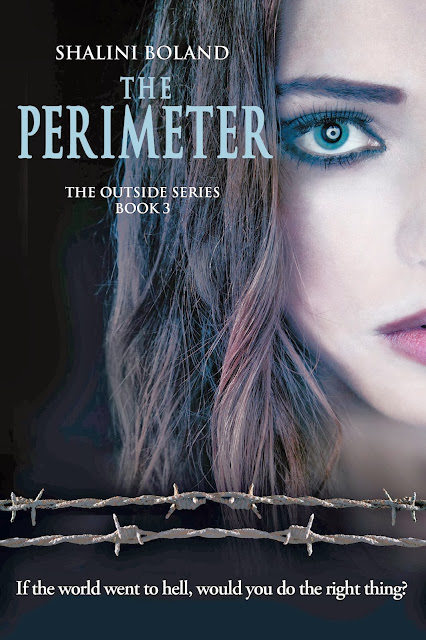 In this fractured world, a sinister force is coming for Riley. The only things keeping her safe are a perimeter fence and the people she loves. As her life is threatened, she must make impossible choices. But help comes from the most unlikely of places, and all Riley needs to know is: who can she really trust?
Meanwhile, a repentant killer searches for peace and salvation, but what he gets is the exact opposite. Now he’ll have to make the hardest decision of his life.


The Perimeter is a darkly captivating dystopian tale of adventure, danger, love and redemption that will have you on the edge of your seat and up at night turning the pages to find out what happens next . . .

(This one is firmly on my definitely going to read list! I can honestly say I love and would recommend this series of books ~ Jeanz)

EXCERPT
The two men were youngish with beards, wearing layers of filthy clothing. One of them had a face-full of piercings – lip rings, eyebrow studs and a hoop through his nose. They were both skinny and hollow-cheeked with deep-set eyes. As they drew closer, I saw pure hostility in their faces and it took all my strength of will not to throw the truck into reverse and gun it all the way home.
‘What’s your business here?’ the man with the nose hoop called out.
I lowered the window a fraction. ‘I’m a friend of Lou’s.’
‘Lou?’ They took a few steps closer, their weapons still lowered.
‘Yeah. Fair-haired girl with two younger brothers. Lives up close to the compound wall.’
‘I know who Lou is,’ nose-hoop replied. ‘What d’you want with her?’
‘She helped me out yesterday. I’ve come to say thanks.’
‘Get out of the truck and I’ll fetch her over.’
‘I’d rather stay inside till she gets here if that’s okay.’
They stopped a few yards away and talked to each other in low tones so I couldn’t hear. By now, several other gypsies had come close to the wire fence to see what was going on. I’d started to cause a bit of a stir – exactly what I hadn’t wanted to do.
‘Out of the truck,’ nose-hoop repeated, aiming his rifle at the windscreen. ‘Slowly. Hands in the air.’
I hadn’t come here for a gunfight, so it didn’t look as though I had much choice. I would have to do as he asked.


GIVEAWAY
Would you like to win an e-copy of The Perimeter?
Enter for your chance to win using the Rafflecopter Form below 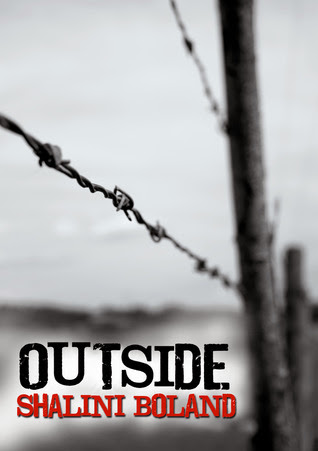 BLURB from Goodreads
The future is divided by Perimeters: high-security gated communities where life goes on as normal. If you’re inside you’re lucky. If you’re outside, life expectancy takes a nose dive.Riley is fortunate to have been born on the right side of the fence. But her life of privilege comes crashing down when someone breaks through and murders her sister. She forsakes her own safety to go in search of the killer. Luc decides to go with her otherwise she’ll be dead before she’s past the security gate. But what awaits her outside is more unbelievable that she ever imagined.Cut to the present day where Eleanor's world is falling apart. This time next year, civilisation won't be quite so civilised... 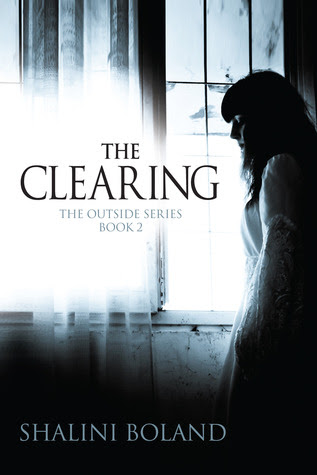 ISBN:  978-0956998569ASIN:  B00B12T7GYSeries: OutsidePublisher: Self/IndiePages: 312pages/443KBFormats Available: Paperback, E-Book
BLURB from GoodreadsIn the ravaged future, children are disappearing.Riley lives safely behind her Perimeter Fence, but soon she’ll have to confront the terrible truth of what’s happening outside. An old enemy is approaching. Threatening to extinguish her way of life. To save herself, she will have to fight to save another. She must put herself in the last place she ever wanted to be. This is the terrifying sequel to the post apocalyptic thriller OUTSIDE.