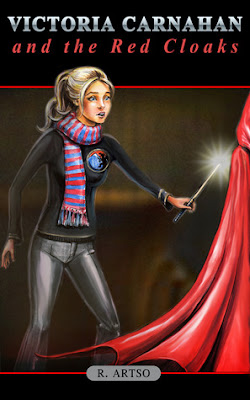 BLURB from Goodreads
Victoria Carnahan is a teenage witch that attends a magic school in the Swiss Alps, College de la Montagne. Her life is turned upside down once a tragic event takes place, and she finds herself to be the new master of the most powerful wand in existence. Her life is in danger, but she has Aiden, a strong vampire friend, to protect her. The question is, will he become more than just a friend? 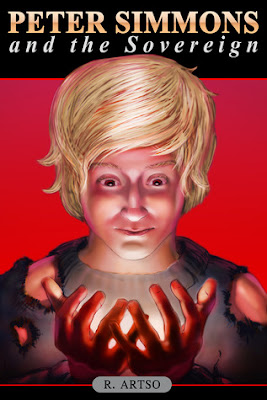 BLURB from Goodreads
Peter Simmons thinks he is an ordinary boy, before he is abducted by a man with certain special abilities, learns of his inescapable destiny, befriends immortals and becomes famous wordlwide. Why? Because Peter Simmons is mankind's last hope for survival. 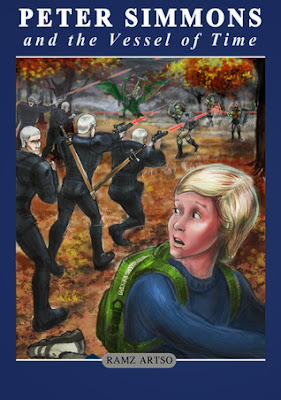 BLURB from Goodreads
The world is being invaded by nigilians. As this happens, a fellowship is formed, to stave off the alien invasion and help Peter fulfill his destiny of defeating Field Marshal Nazar Luminiere, his brother General Albinus Luminiere and the latters servants, the Sarpian Triplets. Peter is helped by two incredibly good-looking immortal, indestructible superhumans named Dominias and Sebastian, as well as many others with special abilities. The fellowship is humanity's last hope for survival, Peter their only beacon of hope. 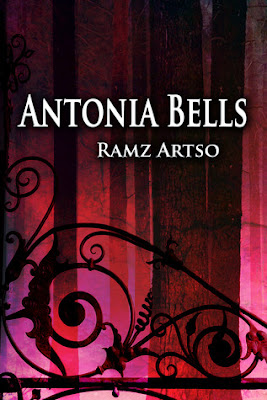 BLURB from Goodreads
Eighteen-year-old Antonia Bells feels like her life's been turned upside down after she meets Kellan, who's unlike anyone she's ever seen before. Then she meets Mason, a mysterious, rude, tattooed and confident guy who is an exact opposite of preppy and polite Kellan. But their sudden appearance in her changing life isn't coincidental, as she finds out that she's much more than just a usual college girl, and that Mason and Kellan aren't exactly ordinary either. 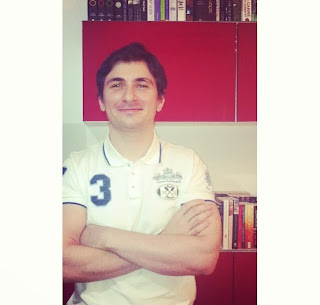 What is your name, where were you born and where do you live now?
My name is Ramz Artso, I was born in Russia and raised in Switzerland since the age of eight.

Did you always want to be a writer? If not, what did you want to be?
Initially, I dreamt of becoming a movie director, but that sort of transitioned into writing. For me, the most important thing in life is to be able to tell a story. So, life without writing is unimaginable to me.

When did you first consider yourself a "writer"?
The day I finished my first book, really. I was fifteen then. In my humble opinion, getting some writing done is enough to be considered a writer. Playing football makes you a football player, does it not? Now, whether you’re a successful writer with a dedicated readership is a whole other story.

What is the name of your latest book, and if you had to summarize it in less than 20 words what would you say?
My latest work is entitled Antonia Bells. It’s a book about a usual girl that finds herself in unusual circumstances. It’s also a young-adult romance story with some elements of the apocalyptic.

What can we expect from you in the future?  I.e. more books of the same genre? Books of a different genre?
I think I’m going to write a lot vampire, zombie and sorcery stuff. It just appeals to me at this point in time. In addition to that, I think they’re all going to be romance stories, as I believe that romance is a great sub-genre for any book.

Do you have a favorite out of the books you have written? If so why is it your favorite?
Yes, I do. I like Victoria Carnahan and I’m particularly fond of my Peter Simmons novels, as I’ve spent so much time and energy developing the plot, creating unique, memorable characters and writing the books themselves.

Do you have a favorite character from your books and if so, why are they your favorite?
I really like Dominias and Sebastian from the Peter Simmons series, as well as the Saprian Triplets. The former because they are everything a man dreams to be - wealthy, incredibly handsome, practically indestructible and immortal, yet one of them is bored out of his mind and craves death - and the latter because they’re just the coolest assassins/minions ever.

If you had to choose to be one of the characters in your book/books which would you be and why?
I’d definitely be Rendlin Heldunk, as he’s an alien genius that has access to all kinds of awesome technology. He also has a great assistant named Zacarius Zmuk.

How long have you been writing and who or what inspired you to write?
I’ve been writing since the age of fifteen, and the inspiration to do so came after I had read J.K. Rowling and J.R.R. Tolkien. However, I took quite a long break from writing during my teenage years, and resumed my hobby after having seen Christopher Nolan’s Inception. The movie blew my mind and I decided I had to create something just as entertaining.

Do you have a certain routine you have for writing? I.e. you listen to music, sit in a certain chair?
Every day is different. Maybe on Monday I’ll have to listen to some music and then on Tuesday read a lot, before Wednesday comes over and I decided to have a movie night. But, the best routine for writing is just writing, not matter what.

Do you read all the reviews of your book/books?
I do, and I also appreciate an honest opinion. Constructive criticism will always be welcome and I’ll actually pay attention to what people say, but if someone’s being downright mean and obnoxious I imagine it’s annoying. So far, though, I’ve only had 5-star reviews, which is amazing and I’m so grateful! A big thank you goes out to my readers!

Do you choose a title first, or write the book then choose the title?
I usually come up with a title before I start typing away, as I know what the book’s going to be about. But on a number of occasions, I’ve had to ‘rename’ the book.

How do you come up with characters’ names and place names in your books?
I either use usual names that appeal to me, or plunge into the world of myth and legend, mix up some names with Roman, Greek or some other history and voilà – it’s all done.

What do you think makes a book really good/bestseller?
I think it’s crucial to create realistic characters that people care about and can relate to. Once that happens, it doesn’t even matter what genre you write in. Readers will gravitate toward your work.

What do you do to unwind and relax? Do you have a hobby?
I play videogames and go skiing and camping. Simple walks and fresh can work magic.

Are there any hidden messages or morals contained in your books? (Morals as in like Aesop’s Fables type of "The moral of this story is…")
Yes, there is a message that I try to get across to the reader and it’s not hidden. The Peter Simmons series begs people to forget their differences and concentrate on their similarities. It tries to bring to people’s attention that unity helps overcome any obstacles.

Is there a certain Author that influenced you in writing?
I’d say that my writing changed, became much simpler and more to the point, once I began reading Stephen King’s works. I love his books, by the way. The Dream Catcher, It, Bag of Bones and Needful Things are all amazing.

Which format of book do you prefer, eBook, hardback, or paperback?
I’m inclined to say eBooks and paperbacks is where my preference lies. I have hardbacks, but they just aren’t flexible, and that’s a real bummer for me. You might as well just get an eBook.

What is your favorite book and Why?  Have you read it more than once?
I don’t know if it’s my favorite, but I’ve read To Kill a Mockingbird three times. It’s definitely one of my favorites, though, there’s no two ways about it. I’ve also read Macbeth probably five or six times. It’s the best play I’ve had the chance to read so far.

Do you think books transfer to movies well? Which is you favorite/worst book to movie transfer?


I believe some do and others don’t. The best movie adaptation is The Lord of The Rings and the worst – I can’t think of one off the top of my head. I also believe that books are better than movies ninety nine percent of the time.
Posted by Jeanz xx at 14:00