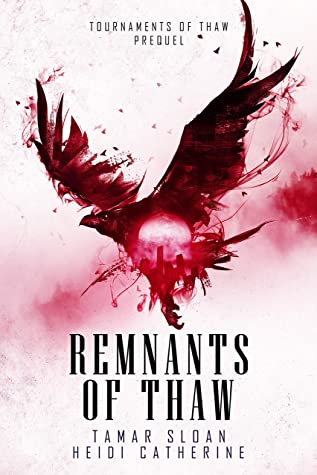 BLURB from Goodreads
Four teens. Seven tournaments. One survivor.In a world devastated by global warming, the factions in the Outlands are warring. People are hungry. Desperate. And aware that survival comes at a price.The Tournaments have been announced. Deadly games that can only have one survivor. Games that will unite the factions as one true leader seizes power of all the remaining lands. The People of Cy have spent their lives training to make sure they win. The People of Fairbanks are considered as weak as they are doomed. Nobody expects they'll enter....But for the Tournaments to take place, each faction must be invited. Including Fairbanks.When twin warriors, Lexis and Raze, set out with the token invite, they know they'll find a crumbling city. But they're surprised to find another set of twins, so much like themselves yet so very different. Winter and Gray don't know how to fight, but they sure know how to run.As a desperate chase through the decaying city begins, discoveries will be made, and lives will be lost. Each twin will need to learn as much about each other as they do about themselves.In an environment that's as harsh as the people who live in it, these four teens know they're the future. The problem is that only one of them will get to see it.Let the Tournaments of Thaw begin.
Goodreads Link
PURCHASE LINKS
Amazon US
Amazon UK
REVIEW
Posted by Jeanz xx at 03:00