BLOG TOUR - THE CURSE OF KNOWING BY ALDO CERNUTO 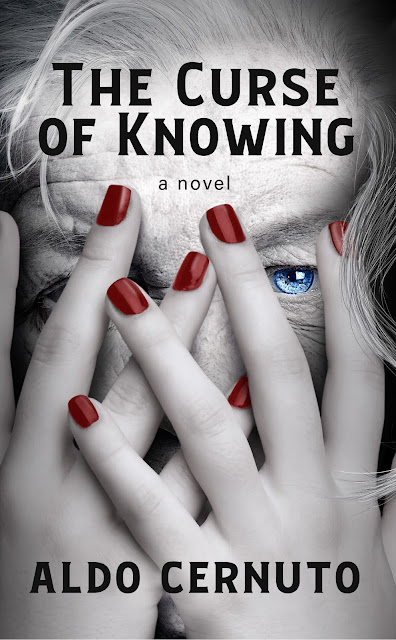 BLURB supplied by Authoright
Vittoria Armieri—a humble worker at a ministry in Rome—has the ability to access people’s lives: their pasts, their thoughts and feelings, and especially their tragic memories. Others would call it a superpower, but to her it’s a curse: it’s the source of such misery for her, that she’s now desperate to die, possibly at the hands of a murderer. But while she recalls her youth and the events that brought her to this point, something unexpected occurs. Something that not even Vittoria, with all her eerie savviness, could possibly have foreseen.

EXCERPT
My name is Vittoria Armieri, I work at the Ministry of Cultural Heritage and I know everything.


If you feel safe, well, you aren’t. I know everything about you too, beginning with who you are and what your name is. I can tell where you are right now, what you do for a living and whom you fantasized about just minutes ago.


Like so many of the things that I know about you and anybody else, these are trivialities. These are facts that nobody cares about, least of all me. So, I treat them like gnats that are buzzing around. I wait for them to fly off, without even bothering to wave them away.


But things are different when I come across a murderer, like the guy on the bench opposite. I’m not talking about the older man with thick glasses: he is as clean as a whistle; in fact, he deserves compassion. At age twelve, he was beaten unconscious by three seniors of his boarding school and a year later he was raped by a janitor. He has always kept it from everyone, denying it even to himself. But it happened. I know it did.


Anyway, I was talking about the man sitting next to him, the guy in the blue coat who is now devouring his sandwich. His name is Domenico Morgelli and he’s sixty-four. Back when he used to inflict on human beings the same savagery that he’s now reserving for his food, he slaughtered a young man and a girl in their twenties. It’s no coincidence that he was christened Dom the butcher by the whole of Rome at the time of his crime.


I turn my gaze towards the passersby here at Villa Borghese. Unaware of what this guy did, they stroll around the park, looking for some rays of sun in this insipid early autumn. Most of them are employees on their lunch breaks, but I can spot some students too. There’s a pair of lovebirds among them. They’re crossing the pathway now, preventing me from seeing the murderer for an instant. Their names are Giada and Marcello and they attend medical school. They’re both twenty-four years old and have been together for a few weeks. Last Sunday they screwed without a condom; now she is living in anxiety, desperately waiting for her next period. From the way they are holding each other, they seem to have eight arms. Caught by their mutual love, they ignore everyone else, as if they’re living in a world confined to themselves.


Yes, that’s right: a world confined to themselves.


I dwell on the two lovers. They’re walking a few yards from a man who could slice them up, like he did to that couple years ago, and they’re practically naked in front of me. But oblivious as they are, they pay no attention to either of us.


As for me, a gloomy and withered figure, I’m not surprised that I go unnoticed by them or by anyone. I see my decay as a conquest, and my desire to hasten it exceeds by far any wish I may have of detaining it. With the misfortune I bear and the stage that I’ve now reached, my life as an outcast, ignored by everyone, is a blessing.


You wouldn’t say it today, but forty years ago anyone would have dislocated their necks to crane at me. The black waves of my hair drank in their gazes like swirls of the sea. Not to talk about my eyes—an out-of-stock hue of blue, as my mother once said; despite being azure they were like two black holes in the way they swallowed the attention of everyone around me. In the summer, when I used to wear a suntan and little else, every step I took was like a whiplash: most people gasped with pleasure; some were eaten up by envy.


But why am I distracting myself with this decades-old nonsense when I’m facing this criminal, who could be just the man for the job?


Meanwhile, the two lovers have moved on, taking the man’s gaze with them as he recalls his murder. In 1972, he stabbed both his girlfriend Mirella and Valerio, a young cook who was coming on to her on a park bench on the outskirts of Rome. He ended them with a total of twenty-two thrusts. The first four straight to Valerio’s heart. Then, in tears, he delivered the remaining eighteen to Mirella.


But this young couple has no reason to be afraid of him. I’ve already made a mental note that he served a total of twenty-three years at Regina Coeli for his crime, and he has never thought of committing another one. He wouldn’t raise a hand to call a waiter now, let alone kill someone. Other facts I know—he works for his cousin’s cleaning company and he has an infection in the lower right third molar, but he can’t afford a dentist.


Here’s the thing that annoys me the most: irrelevant details sneak stealthily into my consciousness in the same way as significant facts, but I can’t choose which to keep and which to discard.


Now the murderer has noticed me and is staring at me. After another bite of his sandwich, he looks away. He can’t imagine that this little woman wrapped in a beige coat, with her bag on her knees, knows about his crime. He cannot know, neither he nor anyone else, that I know everything. About everyone. 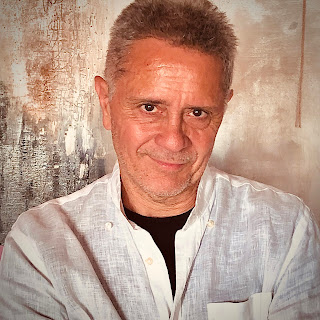 Aldo Cernuto (Turin, January 1955) developed his career in the advertising industry. First as a copywriter, then as an executive creative director, he has worked in some of the major networks, winning several international awards—six Lions in Cannes and two gold Clios in New York, to name just a few. He currently divides his life between two charming villages he has loved forever: beautiful Camogli, along the coast of Liguria, and Pimlico, in central London. Although this latter isn’t properly a village, it possesses the atmosphere and the quiet that make a hamlet—a secluded place, an ideal location for writing.


The Curse of Knowing is Aldo Cernuto’s first work of fiction. 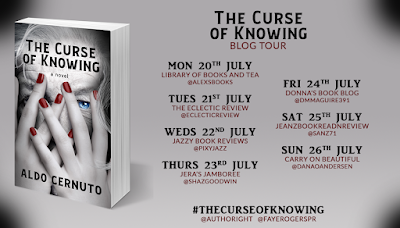