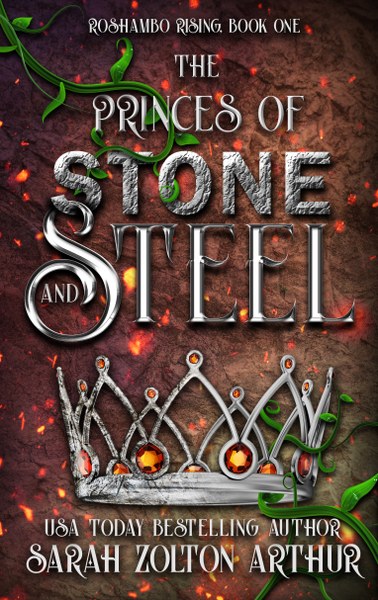 BLURB supplied by Silver Dagger Book Tours
She must remember the past to save the future.

What starts as the abduction of Millie Merchant turns into an awakening of bitter truth. Her life is a lie. Her family a fake. It’s all been part of an elaborate hoax to keep her from her destiny. A destiny that lies in the land of Roshambo.

The lines between fantasy & reality blur as she’s transported to a fantastical realm boarding on extinction. Struggling to make sense of it all, Millie is presented with two princes determined to win her hand. One has her best interest at heart, the other seeks control of the realm. But who can she trust in a world full of strangers?

War is looming. Nightmarish beasts prowl the lands. It falls to Millie to be the salvation of Roshambo. For she alone is the ruler the Outliers have been searching for. The origins of rock, paper, scissors come alive in a tale far more twisted than a simple child’s game. 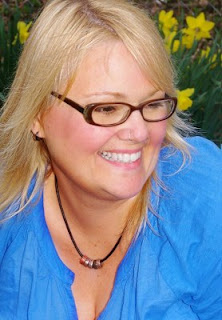 Sarah Zolton Arthur is a USA TODAY Bestselling author of Adult Contemporary Romance, Romantic Suspense, Rom-Com, LBGTQ+, and PNR author who recently decided to dip her toes in the world of YA Fantasy. She spends her days embracing the weirdly wonderful parts of life with her two kooky sons while pretending to be a responsible adult. And there is plenty of the weird and wonderful to go around with her older son being autistic and the younger being a plain ol' wisecracker.

She resides in Michigan, where the winters bring cold, and the summers bring construction. The roads might have potholes, but the beaches are amazing.

Above all else, she lives by these rules. Call them Sarah's life edicts: In Sarah's world all books have kissing and end in some form of HEA. Because really, what more do you need in life?

I think I peed a little

MY HEAD FELT FOGGY, LIKE THAT INTERIM TIME BETWEEN SICK AND WELL, when the antibiotics started to kick in, but you still couldn’t think clearly enough to go back to school. Not that I’d been sick. I typically never got sick. So, perhaps what I said wasn’t exactly accurate, except that I pulled my point of reference from other people’s conversations.

Part of me just wanted to get to school and get the day over with. I hated school, not the learning part. I actually liked to learn. I hated the people part. The socializing, or anti-socializing, in my case. We lived in small-town-nowheresville-Michigan which meant most of the kids at my high school were small-town-nowheresville students with paper-thin personalities that I could see right through.

It hadn’t seemed that bad before, I didn’t think, not until about three months ago when I’d made a new friend. She’d opened my eyes to the life of drudgery I’d been living amongst the jockstrap boys and mean girls. That bourgeois ‘us against you’ typical of the small-town Midwest and so very Michigan. A life so bourgie, numerous teenage angsty-to-rom/com movies had been made throughout the nineteen-eighties and nineties on this exact subject, or so my new friend, Korrigan, informed me by making me watch them, contraband-like, because Aunt Cynthia believed movies rotted the brain. Calling Cynthia old school was akin to calling the dark ages progressive. My aunt’s ideas on life and gender roles were nothing short of ancient.

The other part of me wanted to curl back up in my nice warm bed and try for sound sleep. I hadn’t slept soundly in months. Every single night, plagued by the same dream.

Immersed in this time and place—the intensity—that even though it wasn’t real… it felt real. The girl in my dream, Millicent, she was me, yet she clearly wasn’t me. Although we shared a few things in common, namely a name and a face, she lived in the nineteenth century and thankfully, I was a twenty-first century girl. Antibiotics. Sexual freedom. Pants.

The worst part was that it seemed the dream had been trying to tell me something. My subconscious reaching out to me. Cynthia didn’t believe in “that third-eye nonsense” as she’d called it after about the fourth time of me trying to explain the dream to her. Though, did the subconscious trying to work out a problem really constitute ‘third-eye’ anything?

“Millicent Merchant, get down here.” My great aunt called up the stairs to me from the landing in the living room, in her everyday harsh tone.

Cynthia, how did one describe Cynthia? I’d lived with her for as long as I could remember, and she wasn’t a cold woman per se, but wasn’t especially giving in the hug or kind words departments. Too pragmatic for either of our own good. She kept her white hair pulled back in the tightest ponytail imaginable, no doubt contributing to her sour mood. Her skin pulled taut on the sides of her face enough to smooth out her wrinkles and she always wore loose, white or off-white linen dresses with long sleeves, high neckline and fabric down to her ankles. She used wool shawls instead of a coat during the winter. The one modern convenience she afforded us was her car. Thank goodness for small miracles.

“Yes, ma’am,” I called back. I wasn’t being smart with her, my aunt expected me to address her as either ma’am or Aunt Cynthia. I couldn’t respond with a simple ‘yes’ to her without getting a ‘yes, what?’ in return.

She never cooked breakfast and I never asked her to. I skidded into the kitchen off the momentum of bounding down the stairs, to grab a yogurt from the fridge and a snack pack of pipitas out of the snack cupboard.

Spoon in mouth, I walked out the side door from the vestibule off the kitchen where we kept our washer and drier, and climbed directly into the parked car—aunt Cynthia’s metallic blue 1963 Oldsmobile Cutlass in pristine condition which got about 2.2 miles per gallon. Only one previous owner. She’d been driving it since before I was born, always promising this jewel of the road would be mine someday. Joy.

Our tiny farmhouse didn’t have a garage and I’d been hearing the loud rumbling of the massive engine for the past twenty minutes, when Cynthia went outside to start it. Just one woman’s way of punching a bigger hole in the ozone.

We had to leave ungodly early for me to get to school on time as she refused to drive any faster than twenty-five miles per hour. Thankfully the weather had held out for us so she didn’t have an excuse to go any slower like, say, when the snow started falling and I’d swear she put the car in neutral and let the wind push us along.

October in Michigan could go one of a few ways: a beautiful summer not quite ready to end, crisp fall, or polar vortex. We’d found middle ground this year with crisp fall. Real sweatshirt and jeans kind of temperatures. In any weather, Aunt Cynthia preferred I dress like a “girl” with frilly dresses and shoes with pointed toes and heels. I never wore dresses and preferred to wear my docs.

No hello as I clicked my seatbelt, only a, “Don’t slouch. It looks common.” Then she shifted into gear and drove forward around the circle drive to lead us down the bumpy, dirt path carved out from years of tire wear. See? Not really cold, but certainly not friendly.

As we reached the end of our very long country road Cynthia slowed but didn’t stop. A Jeep running perpendicular to us sped through the intersection missing the front end of the Olds by inches. She slammed on the breaks. I slammed a hand against the dashboard. The Jeep raced past without a second glance to see if we were okay.

“I think I peed a little,” I tried to infuse a little joking to ease a bit of the tension but she bristled out her look that said she’d have none of it. She bristled out that look a great deal around me.

I barely made it to school on time, what with her dropping down from her speed racer twenty-five to a respectably safe fifteen. My classmates shot out ridiculous taunts as I exited the front seat, directly in front of the school where Aunt Cynthia insisted she drop me off every day.

“You sure you’re all right?” I asked. The hope was small, but maybe she’d let me skip just today.

“I’ll be fine. Thanks for your concern.”

“I’ll be fine,” she cut me off and I knew damn well not to push the issue with her.

“Well, remember I get out late tonight. Working off my volunteer hours at the daycare.” The school called them “volunteer” but in reality, since we didn’t get a choice in it if we wanted that stupid diploma, I usually referred to them as “community service” hours. But I found that most parents—including Aunt Cynthia—didn’t like telling others their kid had to do community service.

$25 Amazon Giftcard, a Princes of Stone and Steel notebook and a premium 22oz. insulated water bottle with logo