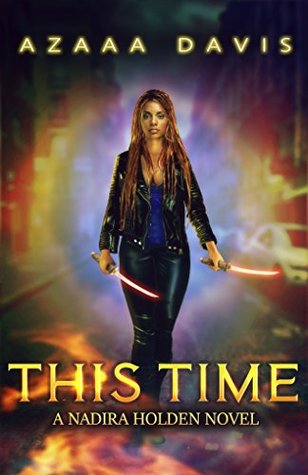 BLURB from Goodreads
Legendary demon hunter Nadira Holden paid the ultimate price to end the war between demons and hunters.Resurrected in present-day New York, many years have passed, everyone moved on without her, and the demons she once battled have made peace with humans. Nadira no longer has a purpose here. Dying again might be her ticket back to that “next life” she experienced.Except humans are disappearing, and Nadira’s father is one of the missing. Feeling a strong obligation to find him before sorting out her own fate, she begins investigating.She won't rest in peace unless she can prove the demons are behind the disappearances. But Nadira is running out of time. The darkness within her is causing her to lose her humanity while the rest of mankind is on the verge of enslavement to the demons they now worship.Fight with Nadira in a new urban fantasy series that combines monster-slaying action, family drama, and simmering romance. Experience why not even death can stop her. 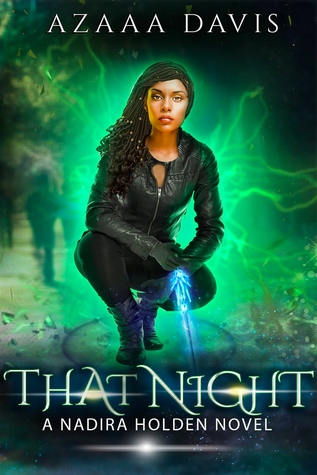 BLURB from Goodreads
All Nadira Holden wants to preserve the last of her soul and create a new life free of magic, demons, and war.Her involuntary bond with a succubus makes her desires impossible. The threat of this disgruntled demon possessing her urges Nadira to find the succubus's missing body.Nadira's only hope of avoiding demonic possession lies with Derek, the only demon she can tolerate without slaying. Except, his hands are full trying to secure his recently-inherited title of prince. Desperate, Nadira agrees to help Derek secure his title by experimenting with the deadly magic they once generated in exchange for his aid in her investigation.To untangle herself from the evil that surrounds her, Nadira must be willing to betray her friends and get cozy with her enemies. She may even have to do the unthinkable: break the peace treaty that allows demons and humans to coexist. If she can't toss aside her scruples, Nadira may not make it out of this ordeal with her soul intact. 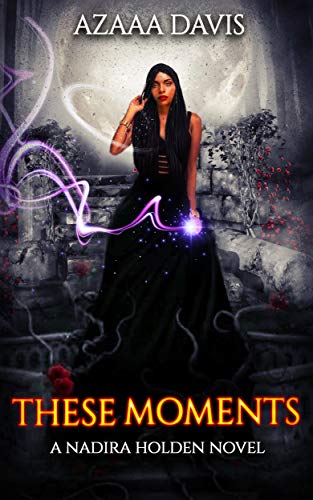 Unwillingly resurrected. Betrayed by family. Soulbound to a succubus.

Nadira no longer recognizes herself as the demon hunter and leader she was raised to become. Her only goal is to survive the ill-conceived merge with Roquelle before it destroys both hunter and demon.

What is she willing to do to save herself? Anything. The evil surrounding her knows it, too. Her desperate acts put both herself and the few friends she has in jeopardy. Now, she must live long enough to stop the war she started, or humanity is doomed.

Goodreads Link (not yet available) 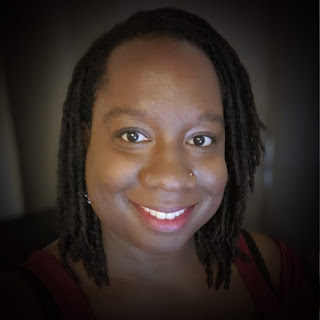 If you had to sum up This Time, in 20 or less words, what would you say?
This Time is an urban fantasy novel with family drama, simmering romance and monster-slaying action!

How many books will be in the Nadira Holden, Demon Hunter Series?
I've written the first three books in this series. I'm open to writing more Nadira Holden novels but will be exploring other stories now that the trilogy is available. It is my hope that the characters in the world of Nadira Holden get at least six books.

How did you get your inspirations for your book (This Time)?
I was inspired to write a contemporary fantasy novel with a diverse cast of characters and an African-American, female main character. Nadira, the main character, is both a fearless hero and a relatable, young woman fill with bravery and doubts. Out of the many half-written stories I've started over the years, I decided on this story because it is a character-driven story full of action, suspense, and plot twists!

Did you choose the book title & series title before or after writing the book(s)?
I selected the book title after the first draft was complete. Because of Nadira's resurrection, she is out of time and feels the consequences of being lost in a familiar world that has moved on without her for the past twenty years.

How did you come up with the cover? Who designs the cover of your book(s)?
I try to highlight what is unique about my book as well as adhere to industry standards for urban fantasy book covers. I pick up-and-coming cover designers that I connect with on social media. Fun fact: Each of my three covers was designed by a different artist, but the model is the same.
Zei designed the ebook cover for This Time, bookone. https://www.facebook.com/zeillamas/

Do you, basic plot/plan for each individual book in the series, before you actually begin writing it all out? Or do you let the writing flow and see where it takes the story?
How long did it take you to write This Time?
It took me about 1 year to write book one, and about six months to write book two. I am a stay-at-home-writer-mom with two little ones. So you can imagine that I'm both busy all day long and highly motivated.

Did you have to do a lot of research for your book/series?
I decided to go with the saying, "write what you know and research everything else." Before I started writing my debut novel, I read recent and bestselling urban fantasy novels as research. I also read a few non-fiction books on the craft of writing. Not as much research was needed for the plot of my story. I remember what it's like to be in my twenties, I lived in New York for years, and the magical elements (powers and creatures) are simply fun to make up.

What can we expect from you next and in the future?
The third book in the Nadira Holden, Demon Hunter series is written and scheduled to be released in April 2020! It's titled These Moments. I also have some paranormal romance novellas in the works featuring shifters/werewolves. Readers can find out more on my website www.azaaadavis.com