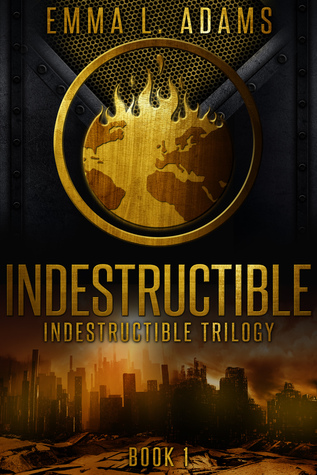 BLURB supplied by the Author
Two years ago, the fiends invaded, with a devastating explosion that split the world in two. Even now, energy blasts strike without warning, destroying everything in their paths. The fiends hunt anyone unlucky enough to escape.

My name is Leah. An energy blast killed my group. It should have killed me, too. Instead, I woke up alone in the wilderness, stalked by the fiends.

My only hope is the red-cloaked strangers who call themselves the Pyros. They can do the impossible and make flames shoot from their hands. Right now, my one chance for safety -- and revenge -- is with them.

But they’re keeping secrets from me. Like those skeletons hidden under their base. And the reasons I developed a psychic link with someone who can’t stand the sight of me -- after he saved my life.

If I don’t uncover the truth about why the world ended the first time, my new safe haven might go up in smoke…

PURCHASE LINKS
TO BE ADDED AS SOON
AS AVAILABLE 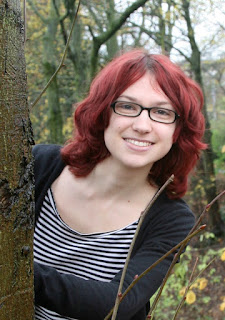 Emma is an author of edgy modern fantasy, including the Alliance series, the Darkworld series and the Indestructible trilogy.

Having spent her childhood creating imaginary worlds to compensate for a disappointingly average reality, it was probably inevitable that she ended up writing speculative fiction with magic and monsters. She lives in the middle of England, but dreams of exploring the Multiverse. When she's not immersed in her own fictional worlds, Emma works as a freelance editor and proofreader and reads an improbable number of books.

Visit http://www.emmaladams.com/ to find out more about Emma's books, or subscribe to her newsletter (smarturl.it/ELAnewsletter) to get a free Alliance short story and monthly updates on upcoming releases. 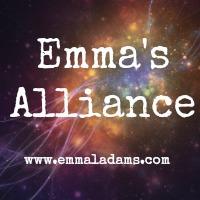