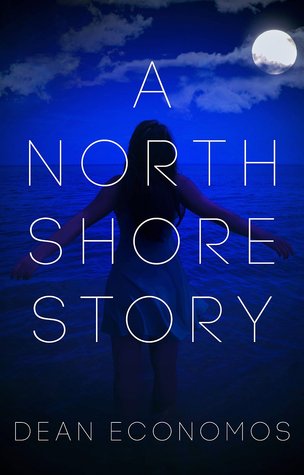 Blurb from Goodreads
For the teenagers of Chicago’s North Shore, everyone has something to hide.In a daring attempt to impress the elusive Sophia, Michael makes the biggest decision of his life, stealing over a hundred thousand dollars from St. Theodore Community Church.That same night, Nichole’s insecurities are finally forgotten with a drug she soon won’t be able to control.When Michael makes his getaway, he sees his friend Joseph cheat on his girlfriend with the priest’s daughter and knock over a candle that sets the church ablaze.As the consequences of that night unfold, Joseph is blamed for the fire and the missing money. Can the teenagers of the North Shore confess their vices to help their friend? Or will their greed, infidelity and jealousy change all their lives forever?

AUTHOR Q & A
Questions provided by PR by the book 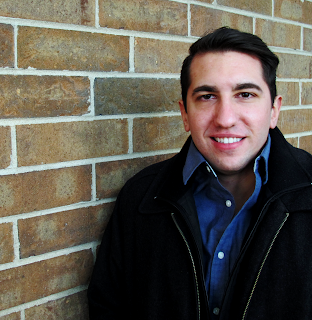 Could you give us some background, what did you do before writing this book?
I went to college at Loyola University Chicago and received my undergrad in Biology and a minor in Biostatistics. I then went on to receive my M.B.A. from Loyola’s Quinlan School of Business with a concentration in Entrepreneurship.

What were the events that inspired the book?
The book was inspired by different experiences growing up. Those key events and experiences were then intertwined with the more current events of our church’s media coverage. Some parts of your book are things you actually experienced, they must have stuck with you for you to want to write about them years later.

Did you always know you wanted to tell these stories?
I kind of had a premonition growing up that these events would be shared. My friends and I would always say we should’ve had a show like Laguna Beach, or something of that nature. So, in a way, I did think these stories would be told in one way or another, I just didn’t think I’d be the one to tell them. Like other stories of turmoil, we are drawn to A North Shore Story because we can relate to the characters.

Can you elaborate on what is relatable about the internal struggles of the book’s characters?
What makes these characters extremely relatable to readers are the confidence and relationship problems each one of them goes through, whether it be friendship or romantic. Some characters go through other internal struggles such as underage drinking, drug use, and sexual peer pressure. I think that everyone at one time or another has been in one of these circumstances.

What was your favorite part of writing this book?
Since this was my first book, I didn’t know what to expect. I thought I was supposed to have a template or well-thought out plan before writing anything. Instead, I jumped into it head-first and developed the story as I wrote. I feel that doing it this way allowed myself to be more creative and not stick to a “script” per say. I was even surprised at what I was able to create.

What inspired you to write this story so many years later?
What originally got my gears turning was the media’s coverage of our former priest and his embezzlement of church funds. I then started to think about our time growing up at our church and the events that our friends and I experienced. After pinpointing key events, I began formulating the plot line which now makes up A North Shore Story. You know some of these characters in your waking life.

Who was the most exciting to write?
How have they changed because of what happened? The most exciting character to write about was definitely Kate. Kate, and the girl who she’s based off of, has a very exciting personality and a distinct attitude. When our friend read the story, she loved how she was portrayed in the story line. I think that she, along with the rest of our friends, have changed in that we’ve learned how to tackle the problems that Kate and the rest of the group are dealing with right now.

Could you tell us more about your personal part in the stories. Are you in the book? How did you change your story for the fiction rendition?
I am in the book. With my character, and with all the characters, I left elements of real life in the story and in the personality, but overall the fundamental qualities of each character are unique from their real life counterparts. What strengths did you and Alyssa bring to the table to help one another write the book? I felt more connected to writing the actual story. I was able to figure out and connect the different subplots of the book, while Alyssa is very familiar with novels and creative writing. With those skills, she helped make the book come alive.

Do you anticipate a sequel?
I’ve thrown ideas around in my head, and I’ve talked about it with Alyssa. We’re open to it, but haven’t started writing anything yet. 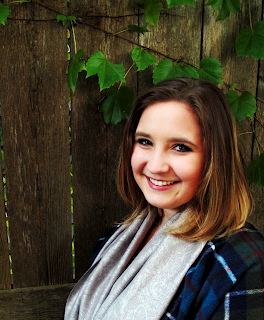 Could you tell us about your background, what have you done since the events that occurred that inspired A North Shore Story?
Well, I went to college at University of Illinois and graduated with a degree in Advertising and minors in both Business and Communications. Now I work at an advertising-technology company as a Digital Strategist.

What clique were you in when you attended high school? Also can you tell us an event that happened to you and your friends that almost made it into A North Shore Story but isn’t included?
I was definitely in the choir group throughout high school. There weren’t many events that didn’t make it into A North Shore Story, but we almost wrote in a choir sub-plot. However, we switched it to fashion as the story developed.

What were some of your favorite books in high school, when the story takes place?
I loved the Harry Potter series and the Myron Bolitar series by Harlan Coben. He writes excellent mystery novels, and J.K. Rowling is a genius.

Who is your favorite author? What were a few books that inspired your writing?
I don’t necessarily have a favorite author (I read a lot). However, I do think that J.K. Rowling’s writing style was very influential on my own. It’s also comforting to know that she had humble beginnings just like Dean and I have now.

Do you think you’ll write another book?
Like Dean mentioned, we’ve talked about it a little bit. However, as of now we have not made any strides toward writing another book