BLURB from Goodreads
Seventeen year-old Sloane Munster is funny, feisty, and scarred. Trying to reboot her life after a serious auto accident, she starts her senior year at a new school and immediately has a scar-to-face encounter with the caramel-haired, hazel-eyed Luke Naughton, whom she once (almost) met on the competitive swimming circuit. Sloane is attracted. Luke, unfortunately, seems disgusted and revolted. But the chemistry between them sparks a growing connection set against a background of guilt, secrets, and mounting tensions at a school where bullying is rife and Sloane is not the most deeply scarred person. Life leaves you scarred, love can make you beautiful. 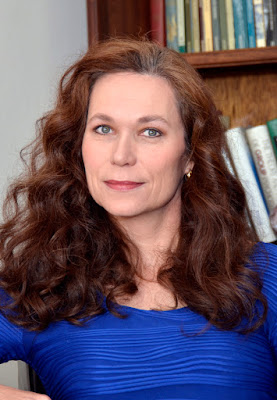 What genre would you place your Scarred into?
Young Adult Contemporary Romance

What made you decide to write that genre of book?
I’ve written many YA books, and love writing in the genre. It’s so punchy, fast-paced and emotionally charged - it’s my favourite genre!

Is Scarred a standalone book or will it be part of a series?
I wrote it as a standalone, but if readers want more of Sloane and Luke’s story…

Did you decide at the very beginning of the writing/planning process that you were going to write a standalone book/series of “x” amount of books? Or did you write Scarred and then decide whether it would be a standalone or part of a series as the process went on?
The idea that came to me was for a once-off story. As a reader, I hate when writers pad books with waffle so that they can string out the story to the length of a series. Dare I say it, this tendency is particularly prevalent in the YA genre. I have (and am) writing other books which are parts of series, but a strong stand-alone romance is a lovely thing!

Do you have a favourite character from Scarred? and why are they your favourite?
I do have a soft spot for the heroine, Sloane. She is so bruised and scarred (internally and on the outside), yet she’s so brave and stoic. I admire her. She also has superb taste when it comes to hot guys.

If you had to choose to be one of your characters from Scarred, which would you be? and why?
Wow, that’s a hectic question – I have no idea! On the whole, the main characters in Scarred have pretty difficult lives that I would not want to inhabit. I guess the character I most resemble is Eileen, the therapist, because I’m a psychologist in real life and many of her titbits of advice are what I tell my clients. But if we’re talking choice, then I choose to be the world-famous, best-selling author that appears nowhere in this novel ;)

Who designed the Covers for Scarred? Did you have a lot of input into them?
The Cover for Scarred was designed by a South African cover artist, Renee Naude. I had loads of input, which was awesome. Originally, I had the idea for a teen girl’s face, with one side (the scarred one) hidden by shadow, or her hair or hand. But the pictures we found just looked odd and unappealing. Sloane and Luke are both swimmers, and one of the themes (again literal and symbolic) in the story is that of drowning so I searched through thousands of images featuring water, swimming and drowning and found some wonderfully evocative images. I posted these on my website and Facebook and got feedback from followers. One of the pictures emerged as a clear winner, especially with teens, and that’s the image we chose. Then it was just a matter of finding a nice, edgy font and a background colour – the purple picked up from the girl’s hair (at my teen daughter’s suggestion). I love the final product and it’s received a bunch of compliments from readers and reviewers!

Do you choose a title first, or write the book & then choose the title?
The title for Scarred came early on – either at the same time as the original idea, or shortly afterwards. It was a no-brainer for this book, because every character is scarred – either internally or emotionally – as are we all. For some of my books, the title comes first, for others, I’m still struggling to find the perfect title once the book is finished! I always like to choose a title that speaks to the main themes of the story – one that works at a literal and metaphorical level.

How do you come up with characters names in Scarred?
I love the name “Luke” – I nearly gave it to my son J -- somehow it seems strong and yet sensitive at the same time. I can’t remember where I got “Sloane” from, but I wanted her name to be one that bullies could easily twist – hence the surname “Munster”, which the Beyotchy girls twist into “Monster”. The therapist is called Eileen, which is the name of a psychologist colleague of mine. I originally used the name as a placeholder, but it somehow grew attached to the character! “L.J.”’s name took some work to come up with, as you’ll see in the story. I did have a very strange and slightly scary lecturer at university called “Mr Perkel”, but happily he was nothing like the petty and vindictive teacher in this story. Sloane’s aunt has triplets called Devon, Keagan and Teagan and two of my nephews might just be called Devon and Keagan ;) In short, names come from anywhere and everywhere.

Are character names and place names decided after their creation? Or do you pick a character/place name and then invent them?
It really depends on the story and the character. I’m not sure that I always have full control of these choices, because sometimes – especially for characters – they arrive in my head ready-named! I will say that I always check the meaning of names for my main characters, and will only go with a name if its meaning fits the character. Also, I like the names of my hero and heroine to roll off the tongue when read together. These may just be weird personal quirks, though, I do know writers who open the phone book and stab a finger on the page to choose a name.

Do you decide on character traits (ie shy, quiet, tomboy girl) before writing the whole book/series or as you go along?
I always have a fair idea of the protagonist’s and antagonist’s character before I begin, but I find that the personalities really only emerge as I write the story. I’ve tried fleshing out the whole character before I begin (filling out character questionnaires, conducting character interviews, etc.) and that helps, but the end result is always different to what I planned because story determines character as much as character drives story. Writers have their will, characters have their way.

Did you basic plot/plan for your book, before you actually began writing it out? Or did you let the writing flow and see where it takes the story?
I guess I do a combination of plotting and “pantsing”. I need to know the main plot, and usually roughly how it will end, before committing to writing the story. But I’m very open to the ideas and characters that waltz into my mind and wander into my story during the course of writing the book. I love it when that spontaneous magic happens! Characters and story always change as I go along – always.

Are any parts of Scarred based on true life experiences?
My day job (as psychologist) informs my understanding and depiction of characters and psychological issues. For example, I find that far too often in books, authors write glibly about death. Three weeks (at a push) after a major bereavement, the heroine is back dating and partying, over her loss and ready to get on with her life. That’s not how it happens in real life. So my books show the real consequences and after-effects of trauma. Of course, like most people, I was also bullied by peers and teachers at school, and this is also woven into the story of Scarred.

Are there any hidden messages or morals contained in your books? (Morals as in like Aesops Fables type of "The moral of this story is..")
All my books have a deeper message wrapped up in the themes, but I make a concerted effort not to get preachy about it. Sloane (and Luke) need to learn that we are all scarred – or, in Sloane’s words, “we are all victims of victims of victims” – but that we shouldn’t let that define our character and destiny. We are more than our appearance, we are more than our experience. We don’t get to choose what happens to us, but we do get to choose how we respond.

Is there anything else you can tell us about what to expect from your future writing?
I’m two thirds of the way into a Young Adult dystopian trilogy, which I aim to release soon. I’ve also rewritten a classic fairy tale for modern times and can’t wait to get that out. This month, I’m using NaNoWriMo to finish a lovely YA romance – another standalone novel. Basically, if you loved Scarred, then watch this space because there’s lots more on the way! I think teenagers are awesome – I deeply admire and respect their passion, energy and impetus to social justice, so it’s an honour and privilege to write about, and for, young adults.

And finally can you tell us where we can follow you?
I love to hear from readers! Please feel free to make contact via any of these channels and if you love a book, do the author a solid and leave a great review on Amazon and/or Goodreads.