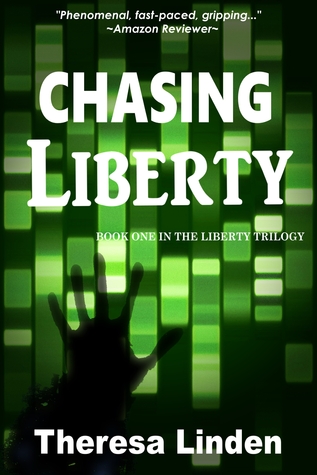 BLURB from Goodreads
Liberty 554-062466-84 of Aldonia lives in a responsible society that cares for the earth and everyone on it. They have learned to balance resource consumption with replacement initiatives, unavoidable pollution with clean-environment efforts. Science ensures that every baby born is healthy. The government ensures that every baby born is needed. All are cared for, taught, and given a specific duty to perform, their unique contribution to society. Why is Liberty so unsatisfied?In less than two weeks, Liberty must begin her vocation. Every girl in Aldonia wishes she had Liberty's vocation. Liberty would rather flee from Aldonia and live on her own, independent of the all-controlling government, the Regimen Custodia Terra. The high electrical Boundary Fence crushes any thought of escape. The ID implant imbedded in her hand makes it impossible to hide. She has no choice but to submit. Liberty is slated to be a Breeder. As vocation day draws near, a man with an obsession for Liberty attacks her and injects her with a drug. She's about to lose consciousness when someone comes to her rescue, a man in a mottled cape and dark glasses. She wakes in an underground facility where people watch over Aldonia with an array of monitors and surveillance equipment. These people are full of secrets, but she discovers one thing: they rescue a man scheduled for re-education. They rescued him. They can rescue her. 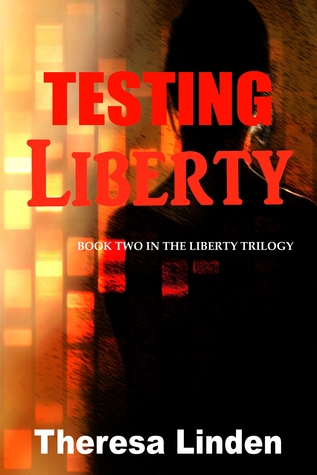 BLURB from Goodreads
Hidden no more. Imprisoned by the all-controlling government. Slated for Re-Education. Liberty must escape from a high-security facility to rescue the colonists who lost their freedom. Their capture is her fault. Set in the not-so-distant future, where the government controls society through indoctrination, population control, and the eradication of the family, Liberty bides her time in Aldonia’s Re-Education facility. If she fails to escape and rescue the others, the children, teens and adults of the Maxwell Colony will be integrated into society, facing sterilization and indoctrination. She is not alone in the desire to rescue the colonists. An underground, anti-government group has been rescuing people from Aldonia for years, but never have they attempted to rescue so many at one time. To do so would risk exposing, even ending, their operation. Dedrick, one of the top rescuers, grieves for his family members who are now residents of government’s facilities. He wants Liberty free, but he is opposed to working with her. Racing through the wild, the underground and sordid inner-city slums, Testing Liberty follows Liberty from one trial to another, to her final sacrifice.

Well I don't know about you, but I am definitely adding both these titles to my Want To Read Wishlist right now! ~ Jeanz 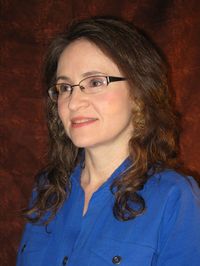 Theresa Linden resides with her husband and three boys in northeast, Ohio. She was born in California and enjoyed living in different places with her family, including Guam and Hawaii (her father was in the Coast Guard). She has an Associates Degree in Electrical/Mechanical Drafting and a Catechetical Diploma from Catholic Distance University. Her obsession with writing has generated several unpublished children, teen, young adult and adult novels in the genres of fantasy, western, contemporary, supernatural, and futuristic--all of which have elements of the faith and moral issues with a Christian perspective.  She is excited to announce the release of her dystopian novel "Chasing Liberty."