PROMOTION & REVIEW - BEYOND THE FENCE BY JEN MINKMAN 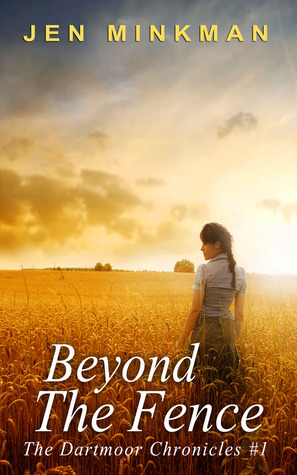 BLURB from Goodreads
"People turn their heads when I walk past them. They know where I’m going. My feet almost stumble on the uneven pavement of the cobblestoned street when I sense Mark’s gaze on me. This is the only time he takes notice of me, and it’s for a reason I wish didn’t exist. All the other times I want him to see me, his eyes skip right over me. I’m a wolf in sheep’s clothes to these people. A potential threat.I already know what will happen once I get to the Clinic. I’ll have to talk to that clueless psychiatrist so he can measure my possibly violent tendencies. Because that stigma has been on me ever since I turned twelve and the person I loved most in the whole wide world was Purged from this city.My name is Sarah, and my father was a violence offender."Return to the world of the Island series and meet Sarah, resident of Dartmoor City. She's bitter, she feels trapped, and she wants nothing more than to venture beyond the fence that's keeping her in. She just has no idea how to. But when she discovers a secret that President Jacob would rather keep under wraps, Sarah is forced to make a move for freedom - because she meets a guy who is even more of a prisoner than she is, and he desperately needs her help.

INITIAL THOUGHTS
Well I read and really enjoyed The Island Series, I think I remember saying the only part I wasn't so keen on were the Star Wars references so I'm not sure how much those references will appear in this series. Having said that I am thoroughly looking forward to learning more about Bodmin and Dartmoor City and their ways of living and their anti-violence rules and regulations.