From New York Times bestselling author Michelle Gable comes a dual-narrative set at the famed Heywood Hill Bookshop in London about a struggling American writer on the hunt for a rumored lost manuscript written by the iconic Nancy Mitford—bookseller, spy, author, and aristocrat—during World War II. 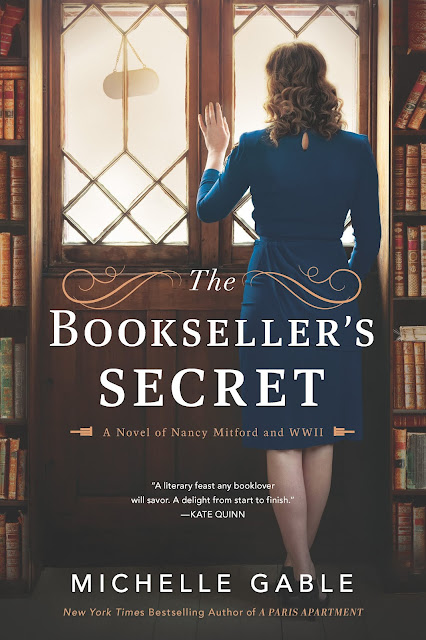 BLURB supplied by Harlequin Trade Publishing
In 1942, London, Nancy Mitford is worried about more than air raids and German spies. Still recovering from a devastating loss, the once sparkling Bright Young Thing is estranged from her husband, her allowance has been cut, and she’s given up her writing career. On top of this, her five beautiful but infamous sisters continue making headlines with their controversial politics.

Eager for distraction and desperate for income, Nancy jumps at the chance to manage the Heywood Hill bookshop while the owner is away at war. Between the shop’s brisk business and the literary salons she hosts for her eccentric friends, Nancy’s life seems on the upswing. But when a mysterious French officer insists that she has a story to tell, Nancy must decide if picking up the pen again and revealing all is worth the price she might be forced to pay.

Eighty years later, Heywood Hill is abuzz with the hunt for a lost wartime manuscript written by Nancy Mitford. For one woman desperately in need of a change, the search will reveal not only a new side to Nancy, but an even more surprising link between the past and present…

Hotel de Bourgogne, Paris VII
There they are, held like flies in the amber of that moment—click goes the camera and on goes life; the minutes, the days, the years, the decades, taking them further and further from that happiness and promise of youth, from the hopes…and from the dreams they dreamed for themselves.


“Alors, racontez!” the Colonel said, and spun her beneath his arm.

Nancy had to duck, of course. The man was frightfully short.

She laughed, thinking of all the times the Colonel made this demand. Racontez! Tell me!

“Allô—allô,” he’d say across some crackling line. “Were you asleep?”

He might be in Paris, or Algiers, or another place he could not name. Weeks or months would pass and then a phone rang in London and set Nancy Mitford’s world straight again.

“Alors, racontez! Tell me everything!”

The Colonel found Nancy’s stories comical, outrageous, unlike anything he’d ever known, his delight beginning first and foremost with the six Mitford girls, and their secret so­ciety. Nancy also had a brother, but he hardly counted at all.

“C’est pas vrai!” the Colonel would cry, with each new tale. “That cannot be true!”

“It all happened,” Nancy told him. “Every word. What do you expect with a Nazi, a Communist, and several Fascists, in one family tree?”

But the Hon Society was the past, and this gilded Parisian hotel room was now, likewise Nancy’s beloved Colonel, pres­ently reaching into the bucket of champagne. How had she gotten to this place? It was the impossible dream.

“Here or somewhere like it,” he answered with a grin.

Nancy’s heart bounced. Heavens, he was ever-so-ugly with his pock-marked face and receding hairline, the precise oppo­site of her strapping husband, a man so wholesome he might’ve leapt from the pages of a seedsman catalogue. But Nancy loved her Colonel with every part of herself, in particular the female, which represented another chief difference between the two men.

“You know, my friends are desperate to take a French lover,” Nancy said, and she tossed her gloves onto the bed. “All thanks to a fictional character from a book. Everyone is positively in love with Fabrice!”

“Bien sûr, as in real life,” the Colonel said as he popped the cork.

The champagne bubbled up the bottle’s neck, and dribbled onto his stubby hands.

“You’re such a wolf!” Nancy said. She heaved open the shutters and scanned the square below. “At last! A hotel with a view.”

Their room overlooked Le Palais Bourbon, home to l’Assemblée nationale, the two-hundred-year seat of the French government, minus the interlude during which it was occupied by the Luftwaffe. Mere months ago German propaganda hung from the building: DEUTSCHLAND SIEGT AN ALLEN FRONTEN. Germany is victorious on all fronts. But the ban­ners were gone now, and France had been freed. Nancy was in Paris, just as she’d planned.

“This is heaven!” Nancy said. She peered over her shoulder and coquettishly kicked up a heel. “A luncheon party tomor­row? What do you think?”

“Okay, chéri, quoi que tu en dises,” the Colonel said, as she sauntered toward him.

“Whatever I want?” Nancy said. “I’ve been dying to hear those words! What about snails, chicken, and port salut? No more eating from tins for you. On that note, darling, you mustn’t worry about your job prospects. I know you’ll miss governing France but, goodness, we’ll have so much more free time!”

Nancy was proud of the work the Colonel had done as General de Gaulle’s chef du cabinet, but his resignation made life far more convenient. No longer would she have to wait around, or brook his maddeningly specific requests. I’ve got a heavy political day LET ME SEE—can you come at 2 minutes to 6?

“It’s really one of the best things that could’ve happened to us,” Nancy said. “Oh, darling, life will be pure bliss!”

Nancy leaned forward and planted a kiss on the Colonel’s nose.

“On trinque?” he said, and lifted a glass.

Nancy raised hers to meet it.

Nancy rolled her eyes. “The French are so dull with their toasts. Who cares about my health? It’s wretched, most of the time. Cheers to novels, I’d say! Cheers to readers the world over!” 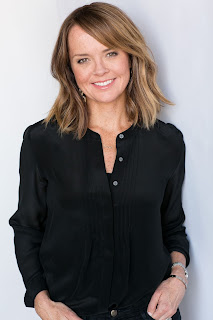 MICHELLE GABLE is the New York Times bestselling author of A Paris Apartment, I'll See You in Paris, The Book of Summer, and The Summer I Met Jack. She attended The College of William & Mary, where she majored in accounting, and spent twenty years working in finance before becoming a full-time writer. She grew up in San Diego and lives in Cardiff-by-the-Sea, California, with her husband and two daughters. Find her at michellegable.com or on Instagram, Twitter, or Pinterest, @MGableWriter. 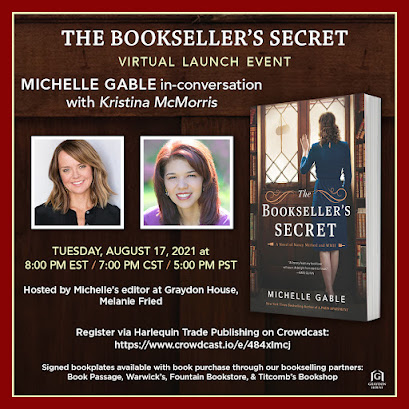