This weeks Wishlist Wednesday book is
Viral by Robin Cook
An electrifying medical thriller a family's exposure to a rare yet deadly virus puts them at the center of a terrifying danger to mankind--It pulls back the curtain on a healthcare system powered by greed & corruption. 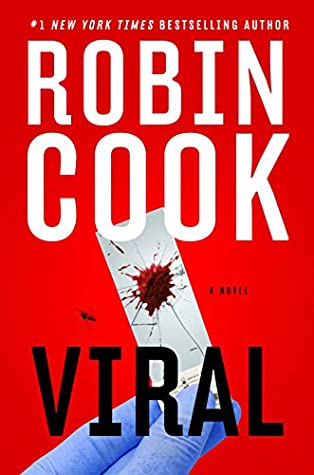 Title: Viral
Author: Robin Cook
Publisher: Penguin Group, GP Putnam's
Genre: Mystery, Thrillers
Release Date: 17th August 2021
BLURB from Goodreads
Brian Murphy and his family are enjoying a relaxing summer excursion in Cape Cod when his wife, Emma, comes down with mild flu-like symptoms. But their leisurely return home to New York City quickly turns into a race to the ER as she begins seizing and falls into a coma. At the hospital, she is diagnosed with Eastern Equine Encephalitis, a rare and highly lethal mosquito-borne viral disease caught during one of their evening cookouts. Worse still, Brian and Emma's young daughter exhibits alarming signs of the same illness.

An already harrowing hospital stay turns even more fraught when Brian receives a staggering hospital bill full of outrageous charges and murky language. To make matters worse, his insurance company won't cover the cost, citing dubious clauses in Brian's policy. Forced to choose between the ongoing care of his wife and daughter and bills he can never pay, and furious at both an indifferent healthcare system and the lack of public awareness about a virus that poses a growing threat, Brian vows to seek justice. But to get to the bottom of the predatory practices targeting his family and countless others, he must uncover the dark side of a historically ruthless industry--and bring down the callous executives preying on the sick and defenseless before the virus can claim more people he loves...
Goodreads Link
PURCHASE LINKS
Amazon US
Amazon UK