My Wishlist Wednesday choice this week is
Hexed: Don't Get Mad, Get Powers by Julia Powers
Described as Sabrina the Teenage Witch meets Sex Education - Jessie Jones has just discovered she's a witch. Too bad there isn't a hex to make slimy Callum Henderson and his friends disappear ... yet.
A feisty, funny YA series about discovering your place and your power. 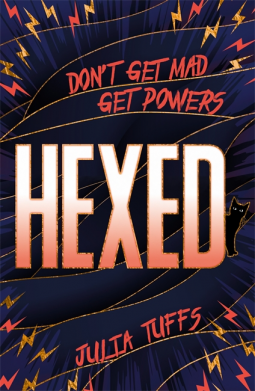 Can Jessie embrace her new-found witchiness, control her erratic powers and work out a way to bring down Callum and his cult of toxic masculinity?
Goodreads Link
PURCHASE LINKS
Amazon US
Amazon UK