This weeks Wishlist Wednesday is
Three Sisters by Heather Morris
Having read both the Tattooist Of Auschwitz and Cilka's Journey
and adored both, Three Sisters is prominently on my wishlist,
in fact it's been on it from the moment I read about Heather Morris writing it!! 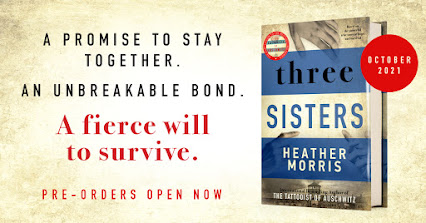 The three sisters story revealed in this book will break your heart, but they will also leave you both amazed and uplifted by their courage and fierce love. The promise they make to each other that kept them alive. Two of the sisters are living in Israel today, surrounded by family and friends. They have chosen Heather Morris to reimagine their story. Three Sisters is also the conclusion to the Tattooist Of Auschwitz Trilogy. Other titles in the trilogy are The Tattooist Of Auschwitz and Cilka's Journey. This really is a must read trilogy! 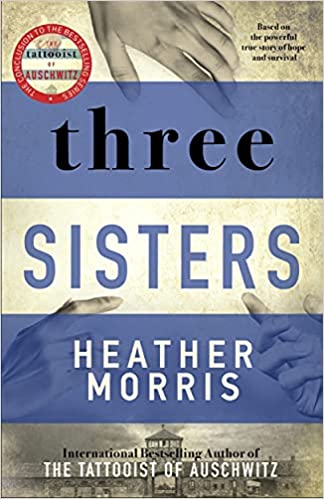 Title: Three Sisters
Series: Tattooist Of Auschwitz
Author: Heather Morris
Publisher: Zaffre Books
Genre: Historical Fiction
Release Date: 14th October 2021
BLURB from Goodreads
When they are girls, Cibi, Magda and Livia make a promise to their father - that they will stay together, no matter what.

Years later, at just 15 years old, Livia is ordered to Auschwitz by the Nazis. Cibi, only 19 herself, remembers their promise and follows Livia, determined to protect her sister, or die with her.

In their hometown in Slovakia, 17-year-old Magda hides, desperate to evade the barbaric Nazi forces. But it is not long before she is captured and condemned to Auschwitz.

In the horror of the death camp, these three beautiful sisters are reunited. Though traumatised by their experiences, they are together.

They make another promise: that they will live. Their fight for survival takes them from the hell of Auschwitz, to a death march across war-torn Europe and eventually home to Slovakia, now under iron Communist rule. Determined to begin again, they embark on a voyage of renewal, to the new Jewish homeland, Israel.
Goodreads Link
PURCHASE LINKS
Amazon US
Amazon UK
Link to my review of The Tattooist Of Auschwitz here
Link to my review of Cilka's Journey here
This book is most definitely, firmly near the very top of my Wishlist!