This book would have been featured in a Wishlist Wednesday post
but I didn't learn about the book until it was right on top of it's release date
so I decided to feature the book on my blog in this way instead! 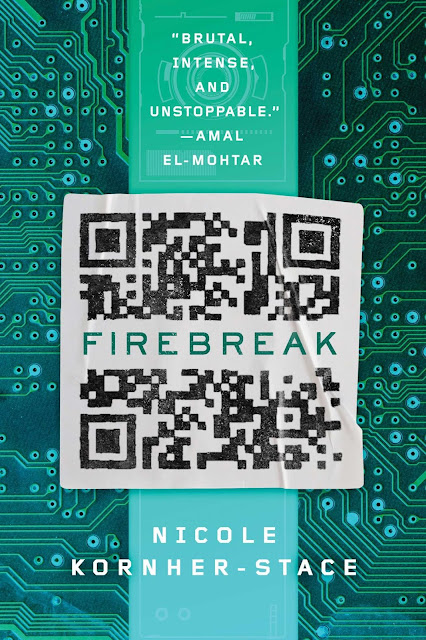 BLURB from Goodreads
Like everyone else she knows, Mallory is an orphan of the corporate war. As a child, she lost her parents, her home, and her entire building in an airstrike. As an adult, she lives in a cramped hotel room with eight other people, all of them working multiple jobs to try to afford water and make ends meet. And the job she’s best at is streaming a popular VR war game. The best part of the game isn’t killing enemy combatants, though—it’s catching in-game glimpses of SpecOps operatives, celebrity supersoldiers grown and owned by Stellaxis, the corporation that runs the America she lives in.

Until a chance encounter with a SpecOps operative in the game leads Mal to a horrifying discovery: the real-life operatives weren’t created by Stellaxis. They were kids, just like her, who lost everything in the war, and were stolen and augmented and tortured into becoming supersoldiers. The world worships them, but the world believes a lie.

The company controls every part of their lives, and defying them puts everything at risk—her water ration, her livelihood, her connectivity, her friends, her life—but she can’t just sit on the knowledge. She has to do something—even if doing something will bring the wrath of the most powerful company in the world down upon her.