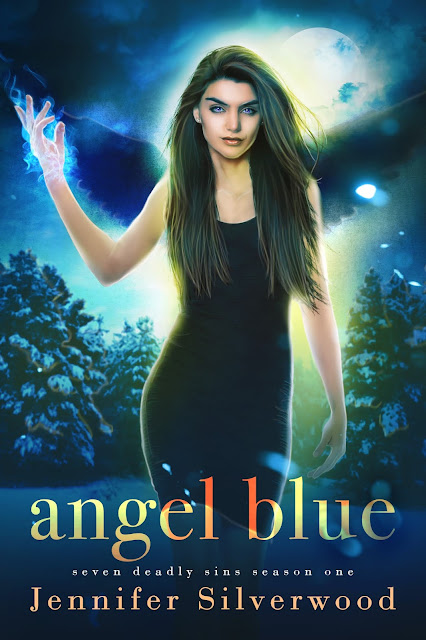 BLURB supplied by Xpresso Book Tours
All Eanna wants is to forget the night she lost everything, but fate has other plans. A lifetime ago, the cursed burned her home and everyone she loved. Now she’s haunted by a dangerous legacy.
Her guardian, Etlu is determined to make Eanna into a queen, even if it means sacrificing his happiness. Surrounded by enemies, Eanna and Etlu have no choice but to give in to destiny.
Wil and his sister Isabol are searching for the chosen princess, but Wil finds more than he bargained for in Eanna. He doesn’t plan on falling in love with her. A love like theirs can only end in tragedy and death.


There can only be one outcome when chosen and cursed collide: a world bathed in fire and blood.

EXCERPT
Eanna stands and returns to the fire. The blue flames are higher than they should be. She braces her fingertips on the stone hearth and wills ice back into her veins.
After a moment, Wil breaks the silence. “You stabbed me.” His accent is strange, and his voice is rougher than she is used to.
“I did not know it was you,” she admits, then curses. She should have killed him anyway. He would have killed her first, right? She doesn’t dare turn around, though she needs to clean up the mess they made together.
Eanna winces at the unwanted analogy.
“Am I your prisoner?”
She turns at this, surprised to find he has the bloody rag in hand and is doing his best to clean himself. “I saved your life,” she says.
His strange, huffing laugh is accompanied by a wince. “Didn’t look that way to me in the woods.”
Eanna clenches and unclenches her fists. “You were shot six times before I found you. And right now, you are bleeding all over the floor. What do you think the redum would have done, had I not saved you?” She doesn’t know why she cares, but somehow, it’s important he knows.
Knows what? It should not have made a difference! It made no difference to his kind when they killed your family.
Wil gasps as he touches the stab wound. His muscles strain, and his eyes squeeze tightly shut.
She senses the stirring of power in the air and knows he is fighting his hidden beast. Fangs sprout from his gums as claws push through his fingertips. A sudden rush of fear floods her mind. She won’t allow it into her bloodstream on the off-chance he smells it.
Stupid, foolish mistake! Should have stayed inside, like Etlu asked.
A brief vision of Etlu finding her lacerated body days from now passes through her mind. By then, it would be too late for miracles and resurrections. The cursed would be long gone.
A strangled groan escapes Wil’s fanged mouth as his eyes pop open.
He is afraid. She takes advantage of this as she kneels and places a hand beside his wound. She presses a little too hard, and tears escape his eyes.
“Be calm.” She relieves the pressure, and he looks at her again. “You won’t last three minutes outside like this. The redum would pick up your scent and kill you before you were two kilometers past the river.”
Wil grimaces, then nods. Whatever battle he’s fighting seems to leave him when she removes her hand. As he exhales, fangs and claws recede. The cabin is silent, save for the uneven rhythm of their unsteady breaths.
She is forced to rip up pieces of another blanket before fetching fresh snow and melting it with her blue flames. The cursed doesn’t fight her this time as she works to stay the constant flow of blood.
Wil’s silence is somehow more unnerving than his growls. Eanna tries to ignore the maleness of him with little success. But she isn’t Annunaki for nothing. She has been trained to act by the very best of them. She won’t let this usemi awilum see how he unnerves her.
“Why didn’t you finish me off?” His gruff manner causes her to jump and accidently graze an open wound. Wil breathes heavily, but no sign of the beast appears.
“We need to sew this,” she mutters, reaching for the thread and needle. “You are lucky I like to be prepared.”
His pained laughter startles her into meeting his gaze. “The dagger you stabbed me with felt cursed. Silver?”
Eanna hesitates before threading her needle. “Yes.”
“Why did you do it?” Wil hisses as she begins to stitch his skin together.
“I…” She bites her lower lip, as blood pools beneath her needle. “I do not know.”
“Should have killed me when you had the chance,” he says, almost cheerfully. “Would have been a cleaner death.”
Guilt crushes her chest like a sagkal. “I know.” Eanna bites her tongue while she washes the mended wound again. Finally, she sets the rag aside. “Sit up.”
He growls, but at least he obeys. Sitting up, he is taller than her. Disliking the advantage, Eanna adjusts by sitting on her knees.
She catches his eyes as she begins to wrap a bandage around his torso. His chest is broader than Etlu’s. Where her guardian is all hidden strength, this beastly creature is bulging muscle.
He is smiling, damn the cursed. Eanna sniffs at this.
He is already damned, silly Anu.
“At least I can enjoy my final hours, before the fever settles in,” Wil says, his lips brushing her ear. There is a flicker of sadness behind his cocky delivery, and beneath this, fascination.
Eanna jerks away, craving distance. “Sha hatti, you bled all over the pallet,” she says, grateful for the distraction. “Nothing to do about it now. I’ll make a fresh one tomorrow. But we both need to sleep.” She wrinkles her nose and looks at what remains of her dress. “And I need to burn these clothes.”
“Sorry.” Wil appears solemn and possibly grateful to her.
Oh, this shall not do at all.
“I have mended you, cursed,” she says, “but I may kill you in the morning.” Eanna stands and ignores her guilt by throwing a clean fur over his bare chest. 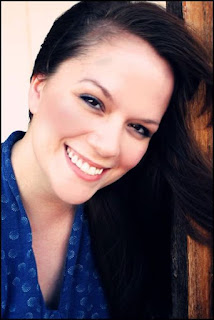 Jennifer Silverwood was raised deep in the heart of Texas and has been spinning yarns a mile high since childhood. In her spare time, she reads and writes and tries to sustain her wanderlust, whether it's the Carpathian Mountains in Transylvania, the highlands of Ecuador, or a road trip to the next town. Always on the lookout for her next adventure, in print or reality, she dreams of one day proving to the masses that everything really is better in Texas. She is the author of three series--Heaven's Edge, Wylder Tales and the Borderlands Saga--and the stand-alone titles Stay and She Walks in Moonlight. She released her first serialized Urban Fantasy, Angel Blue in August 2018.