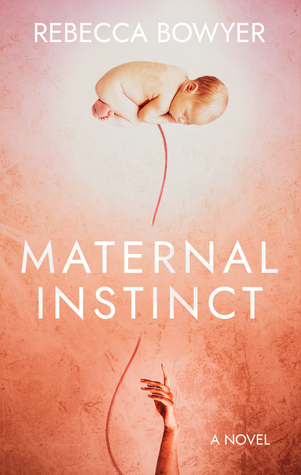 BLURB from Goodreads
Australia 2040. No child lives in poverty and every child is safe. But at what cost?19-year-old Monica never wanted a baby but the laws require her to give birth twice before she can move on with her life.Now that her first son, Oscar, has arrived she’s not so sure she wants to hand him over to be raised by professional parents: the Maters and Paters.When Monica turns to her birth mother, Alice, for help, she triggers a series of events that force Alice to confront her own dark past. Alice must decide – help her daughter break the law, or persuade her to accept her fate and do what’s best for the nation’s children?

I felt immediately curious about a society that strongly discourages married/loving couple conceiving naturally an bringing up their baby together.

In this book we have two eras in time the past in 2020 when Alice and Oliver were in the Mandatory National Procreation Service and the present is 2040 when it is Monica, Alice’s daughter that is in the process of her Mandatory National Procreation Service. So to explain this Mandatory Procreation Service, all males and females around the age of 19 years old have to take part. For males it is a case of providing sperm donations, or working in some way for the service like Joe in the book in 2040 he works in a birthing home kitchen to fulfil his service. Females are expected to have two pregnancies as their duty. They are inseminated and live in a “Birthing Home” with others of the same age. They are constantly monitored, given the correct amount, of calories, with the vitamins, etc, deemed necessary for a successful pregnancy. Once the woman has had the baby she stays with that baby until he/she is 6 months old when she is expected to hand the baby over into the “Home System” a special home where other babies and children of a similar age are. In this “Home System” the children are cared for by one female who has chosen to become a “mater” and one male who has chosen to become a “pater”. Once the females have had their two pregnancies, they are free to go off to further education or training for whatever job they wish to do. The biological parents of the baby/child are allowed to visit on Sundays when the mater & pater get their day off.

In the 2020 year we meet Alice and Oliver who love each other, however when they enter the Mandatory National Procreation Service, Oliver’s sperm is not considered “good enough quality” so Alice is impregnated using the sperm of another male doing his service. The fact Alice is pregnant with another mans child, despite it being so by law, Oliver doesn’t cope well and they drift apart. It is only when Alice has finished her service and the baby who Alice names Monica has been handed over that the pair rekindle their relationship. Even when Alice takes her rights of visitation every Sunday Oliver does not go with her nor ask anything about Monica, its as if she doesn’t exist to her. Alice and Oliver marry and Alice works for the government in the Genetics and Reproduction Department.

The characters I loved in this book other than the main ones were Ellie and Margery.
Ellie because she was so bossy for a little 4 year old and she clearly love her mater Margery and her pater Oliver. Ellie really does have Oliver wrapped round her little finger! In fact, later in the book Oliver proves that he looks upon Ellie and the other children in his care as his own children despite them biologically not being his.
I thought Margery was a brilliant character especially when she talks to Alice, she encourages her to do what she truly wants and go for it with Monica if that is what her heart is telling her to.

As there are characters I like, love and adore in the book there are also those that I disliked, and hated on behalf of the characters they were awful to. I really got riled with Barbara Mathers, the way she just presumes that Alice’s pregnancy is a dreadful mistake and that Alice will of course be terminating the pregnancy at the first possible opportunity because in her opinion and in fact the opinion of the society within this book she is too old and having a child and keeping it would dramatically change her status and career!
I disliked Graham Smythe, he represented that man/woman at work who is snide and sucks up to the boss all the time. I am sure you know the type in real life!

I guess my next two characters are unique in that I both liked and disliked them. I will try to explain without revealing too much. Oliver is great at his job as a pater putting those children and their welfare and safety above everyone else in his life, including Alice and someone else who in my opinion should have come before his role of pater. I hated the fact Oliver was so selfish when it came to a biological child he had supposedly yearned for and expected Alice to do what he wanted what society demanded. In a way he attempts blackmail tactics with Alice to get things to be done the way he wants.
I became annoyed with Alice for the way she brushed away her biological daughter Monica when she confesses to be having serious doubts about handing over her son Oscar when the time comes. Alice’s decision at the end of the book had me puzzled and I found it quite thought provoking, pondering what I would have done faced with her choices. I honestly don’t think I would have done what she did. Maybe that makes me selfish, but I would always put my own flesh and blood ahead of others. I still found myself questioning Alice’s eventual decision.
Does she think she is some sort of hero that she can make a stand, that she alone can change things for the better, for the masses. Could Alice be part of the policy changes that need to be made or is she simply giving in to blackmail tactics of Oliver.

My immediate thoughts upon finishing this book were that the book had been a really interesting read and I honestly didn’t see that ending happening. In fact, I was a bit disappointed with the character Oliver. I was rather disgusted and disheartened by his attitude towards his own biological child. I think Oliver’s actions throughout the book were selfish, he wanted everything his way, irrespective of anyone else’s position.

To finally sum up I felt I wanted more at the ending of the book. I wanted to know what the consequences of Alice’s actions would be, both on a personal level and for the future of the society too. Maybe there will be a second book/novella to revisit these characters either picking up where this book left off, or even a year or so down the timeline.