REVIEW - IF DARKNESS TAKES US BY BRENDA MARIE SMITH 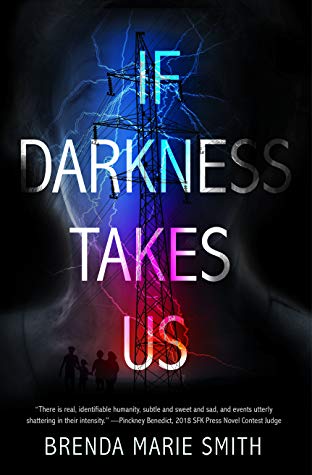 BLURB from Goodreads
Grandma Bea prepped for apocalypse, but when a solar pulse destroys modern life, traumatized teens may be her undoing.In suburban Austin, Texas, Bea Crenshaw is left alone with four grandkids whose parents don’t return home. She must teach these kids to survive without power, cars, phones, running water, or doctors in a world fraught with increasing danger.If Darkness Takes Us is realistic post-apocalyptic fiction with a focus on a family in peril, led by a no-nonsense grandmother who is at once funny, controlling, and heroic in her struggle to hold her family together with civility and heart.Can Bea teach her grandkids to survive on their own in the face of mounting threats before her heart and her hope give out?