SERIES INTRODUCTION & PROMOTION - A SLAVE TO MAGIC BY LANA AXE

INTRODUCTION TO THE SERIES

Welcome to the world of Nōl’Deron, where magic and adventure await. There are three separate races of elves: Wild Elves, Westerling Elves, and Enlightened Elves. The Wild Elves are creatures of the forest. They live in separate clans throughout the Wildlands. The Westerling Elves live at the base of the Wrathful Mountains on the banks of the Blue River. They are gentle, good-natured elves who have a care for all living creatures. Among them lives a powerful water elemental. The Enlightened Elves live on the islands and prize learning and magical strength above all else. Also in Nōl’Deron are three different kingdoms of humans: Na’zora, Ra’jhou, and Al’marr. Dwarves are also present, living high in the Wrathful Mountains and keeping mostly to themselves. All manner of fae live within the Wildlands, surviving unseen by human eyes.
Tales from Nōl’Deron is not your typical fantasy series. It does not require three separate novels to solve a single problem. Tales from Nōl’Deron is a collection of stories taking place in the same fantasy world. Each novel stands on its own, and it is not necessary to read them in any particular order. Some novels will feature the same characters at different stages in their lives. Each novel will come to its own conclusion, leaving the reader with a sense of fulfillmen. 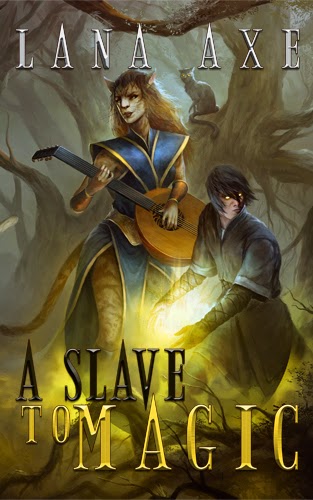 BLURB supplied by the Author
The path to freedom lies in the heart of magic.

Though destined to live out his days in slavery, Kwil desires nothing more than to study magic. His natural talent will not be denied, and he seeks any chance to practice his craft. If he’s discovered, the penalty is death. Humans are forbidden to learn magic in the land of Gi’gata.

Determined not to live the life her father has planned for her, Nera dreams only of making music and escaping from his watchful eye. In Kwil she finds a kindred spirit, a trapped soul yearning to break free from the rules of society. Together they must abandon their former lives and search for the knowledge they both crave.

EXCERPT
As Kwil approached the cave’s entrance, fear gripped hold of his mind. No longer certain that he wanted to continue, he hesitated, staring into the mouth of the cave. Only a few feet inside, the light faded away to darkness, and Kwil felt a churning in his stomach. Clutching the polished stone against his chest, he begged it to give him strength. The warmth returned to its surface, spreading throughout the young man’s body. Steeling himself, he stepped inside the monster’s lair.
To his delight, the shield remained lit, providing enough light for him to easily maneuver through the cave. His feet immediately hit water, and he paused, observing the pool in front of him. It appeared to go down for eternity, its depths descending into blackness. Wondering if he would have to swim across, he became uneasy. Kwil was not the strongest swimmer, but the monster might be. Stooping low, he grabbed a small pebble and tossed it in the water. It splashed, landing no more than a few inches from the water’s surface. Looking upward, Kwil realized the pool was only reflecting the darkened ceiling with its partially illuminated stalactites. With a quiet sigh of relief, he continued forward.
A booming voice echoed against the cave walls, startling him to attention. “Who wanders so foolishly into my abode?” the voice asked. The words were followed by audible footsteps—the heavy, resounding steps of a massive beast.
His throat nearly too dry to speak, Kwil did his best to project. “My name is Kwil,” he began, “and I’ve come to ask a favor of you.” Civility, he decided, was the best option here. This creature was intelligent enough to speak, so maybe he could reason with it to avoid a fight.
Laughter resounded throughout the cavern. “You are a bold fool,” the monster said. “What favor would you ask of me?”
Swallowing hard, he replied, “A single claw is all. My master requires it.”
A brief silence followed, and the young man tilted his ear toward the cave’s depths. He recognized the faint sound of dragging and the dripping of water, but nothing of the cockatrice’s voice. Shining the light of his shield throughout the cavern, he counted no fewer than five passageways. With the echoing sounds, he could never guess which way the voice had come from.
Without warning, a heavy blow knocked him off his feet, his shield scooting away from him along the muddy floor. Its light faded out before Kwil could scramble to his feet.
“I’ll be keeping all of my claws today!” the cockatrice roared. With a swipe of its tail, it struck a second time, slamming Kwil against the cave wall.
Pain exploding through his body, Kwil struggled to suck in a breath. Dropping to his knees, he clawed desperately at the floor, searching for the stone shield. Feeling the beast’s breath on his neck, Kwil instinctively rolled to the side, narrowly avoiding a gnashing beak. Groping in the darkness, he continued to search for the shield, knowing he must find it or die.
The cockatrice struck again, sending the slave’s bruised body sliding into a shallow puddle. As he came to a halt, he flipped himself over and coughed up a mouthful of pebbles and mud. When he reached out his hands to steady himself, his fingers brushed against warmth—he had found the stone. Its light glowed as the mage’s hand grasped it, and he lifted it high in the air. With the cavern illuminated, he got his first glimpse of the creature that had attacked him.
Golden scales glittered in the pale light, its long slender neck rising to the height of the cave. A menacing hiss escaped its hooked beak as Kwil trembled at the sight. When the creature spread its batlike wings, the slave pulled the shield close to his head, shielding his eyes from the beast’s gaze. 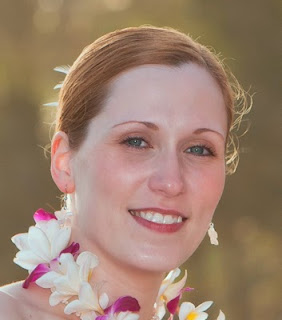 Lana Axe lives in Missouri near the edge of the woods. She is inspired by her love of nature to write about elves, magic, and adventure. Growing up in Mark Twain’s backyard inspired her love of fiction from an early age. She grew up an avid reader and went on to study literature in college.