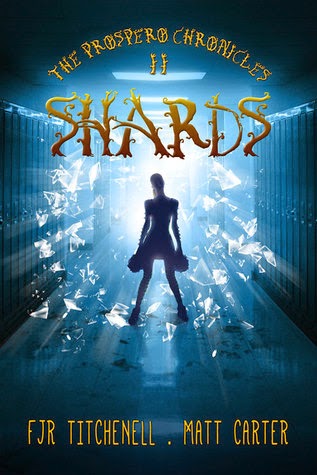 BLURB from Goodreads
With a strong Lovecraftian bent, this is the continuing saga of ordinary human resistors who must sacrifice their normal lives in favor of fighting for all humankind

When autumn descends on Prospero, California, Ben Pastor hopes that the normality of the new school year may offer a reprieve from the town’s recent paranormal horrors. Mina Todd, however, knows all too well that there are no reprieves and no normality in this town, especially after she starts having crippling, unexplained hallucinations of the dead. But even she can’t prepare for what the coming year holds. On top of a brewing civil war that threatens all of humanity, inside the walls of Prospero High, Ben, Mina and their expanding network face a sinister campaign that aims to destroy their friendship, a newly human Haley Perkin struggling to readjust to life, and an assassin of untold power who is picking off human rebels. Ben and Mina’s one hope may rest with a mysterious figure hiding in the woods outside of town; a living legend who may know how to stop this dangerous new breed of supernatural foe. That is, assuming the figure doesn’t first kill everyone himself.

Marian Kelly died in a one-car accident near her home in Turtle Lake, Montana, on August twentieth, at the age of forty-two.
Marian is predeceased by her parents, Rand and Millicent “Millie” Kelly, and her brother, Christopher.
Marian was born in Prospero, California, and studied Psychology at the University of California,–San Francisco. She held black belts in multiple martial arts and was an accomplished member of the Turtle Lake Hunting Club.


At least, that’s what I told myself for the thirty-seventh time when I recognized Ben’s knock on the front door above. 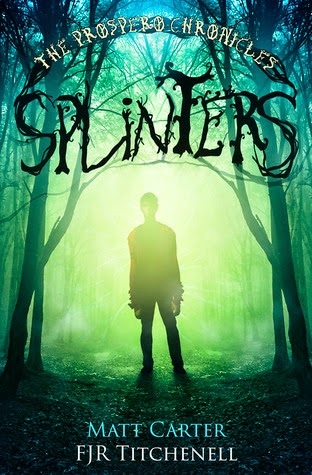 Under ordinary circumstances, Ben and Mina would never have had reason to speak to each other; he's an easy-going people person with a healthy skepticism about the paranormal, and she's a dangerously obsessive monster-hunter with a crippling fear of betrayal. But the small town of Prospero, California, has no ordinary circumstances to offer. In order to uncover a plot set by the seemingly innocent but definitely shapeshifting monsters-that-look-like-friends-family-and-neighbors, the two stark opposites must both find ways to put aside their differences and learn to trust each other. 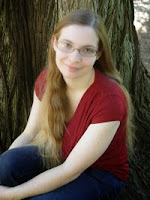 F.J.R. Titchenell is an author of Young Adult, Sci-Fi, and Horror fiction. She is represented by Jennifer Mishler of Literary Counsel and lives in San Gabriel, California with her husband, Matt Carter, and their pet king snake, Mica. 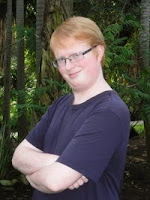 Matt Carter is an author of Horror, Sci-Fi, and yes even a little bit of Young Adult fiction. Along with his wife and frequent co-author, F.J.R. Titchenell, he is represented by Jennifer Mishler of Literary Counsel and lives in the usually sunny town of San Gabriel, CA.