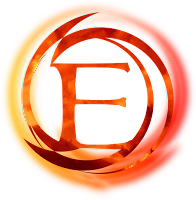 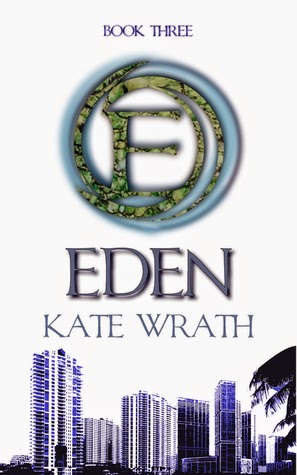 BLURB from Goodreads
Both friends and enemies are keen to get their hands on the information inside Eden’s head—information that could take down the Sentries and change the world. But there are costs that no one realized, and Eden’s not so sure she’s willing to pay them. Refusing to do so could create dangerous problems within the tribe she’s only just come back to.Eden has her own agenda for learning Lily’s secrets. With hope refusing to die, she’s spurred forward by memories of Oscar and thoughts of finding him again. But Lily’s hold on her is greater than she knows, compelling her to chase after strange clues and confusing visions. With love and longing weighing on her, Eden must determine the reality of her fractured identity in order to decide which path to take. The choices she makes could tear her away from Jonas and Apollon, from everything she’s ever known. 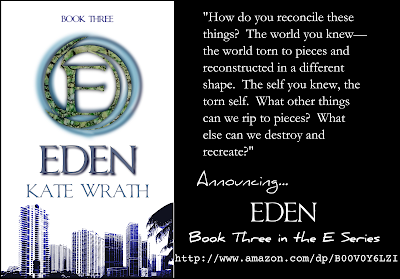 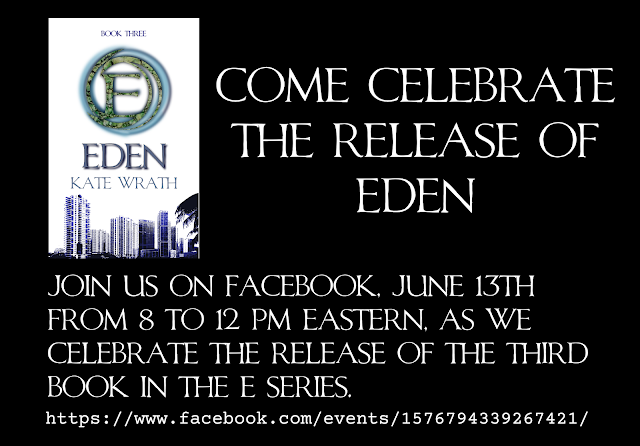 EXCERPT
It seems unfair that everything I learn only makes me more confused.  How do you reconcile these things?  The world you knew—the world torn to pieces and reconstructed in a different shape.  The self you knew, the torn self.  What other things can we rip to pieces?  What else can we destroy and recreate?  This question weighs on me at so many levels.  I've lost my place.  I don't know where to begin or end.  I don't even know what I want out of it all.
Morning is stretching through the window, yawning its light-filled mouth.  Jonas rolls over onto his side and looks at me.  Smiles gently.  Touches my cheek.  But it's that smile like Poor thing.  She's so lost.  And I am.  How is he not lost?  How did I whisper these revelations to him in the darkness, and by light, he's the one who seems fine?
I push his hand away, close my eyes, and roll onto my back.  My shirt sticks to my side, sweaty from being beneath me.  I imagine drifts of snow, crisp air.  My visible breath, like smoke from a fire.  I never liked the cold, when I had it.  Now I don't like the heat either.  I can't even make up my mind about that.
Deep breaths.  Ninety-nine.  Ninety-eight.  Ninety-seven.  The numbers fall away, and I focus deep within myself.  What do I want, when it comes down to it?  A fraction of a dream interrupts my soul-searching.  A flash of an alligator.  It's that damned alligator again.  What the hell?
"Are you OK?" Jonas asks softly, and sighs when I don't respond.  He rolls over and gets up.
I cling to the reptilian vision.  A flash of scaly green skin and the unsettling curve of a toothy smile.  And nothing.  Absolutely nothing.  I sigh, too, but I don't open my eyes.  I frown and focus again.  Deeper.  What really matters?
There's an easy answer.  It's been there all along.  I want to find Oscar.  Until I do, I won't ever really be OK.  I've been putting it off, wrapped up in so many insignificant things.  Worried about pretending to be someone else—why?  Worried about Jonas, and some incomprehensible future where Sentries don't exist.
I have one thing I can hold onto.  I fix it in my heart.  I'm not going to let this go.  Whatever I don't know, whatever I may not understand, Oscar is real.  Oscar matters.  And right at this moment, he could be suffering, could be in danger.  And I'm sitting around on my ass doing nothing to find him.  Vacation.  Over.
I open my eyes and climb out of bed.  Jonas is in the kitchen, taking out his frustrations on an orange.  Slicing it vehemently.  I walk to his side and watch as he grabs another and attacks it like he's cutting its throat.  Then I squint at his face.  "Are you mad at me?"
He glances at me, and there is definitely anger in his eyes.  "No," he says.  "I'm just mad."
I wait for a moment to see if he means to elaborate, but he doesn't.  So I guess I was wrong that he's OK.  "Do you want to talk about it?"
He stops suddenly and his eyes slice into me.  He hesitates, obviously restraining himself.  Jonas is always so restrained.  Finally, he lets out a long breath and turns back to the orange, more gently.  "We have to do this.  We have to take them down."
"...The Sentries?"
His jaw tightens when I say the word.  He answers in a level but deadly voice.  "Yes."
I know that look of grim determination.  I know how Jonas is when he makes up his mind.  Cards begin to fall into place in my mind, a deck that tells our future.  I see the beginning of the path.  But I'm not sure I want to take it.  Too many questions, not enough answers.  I have only one answer, and for now, I'm sticking to it. 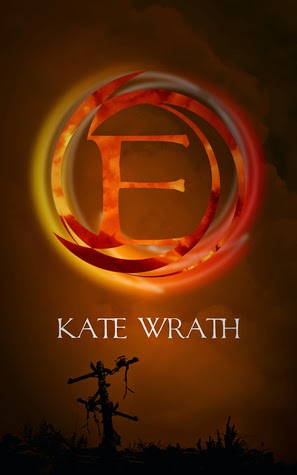 BLURB from Goodreads
Life is harsh. It makes no exceptions. Not even for the innocent.Outpost Three: a huddle of crumbling buildings choked by a concrete wall. Cracked pavement, rusted metal, splintering boards. Huge robotic Sentries police the streets, but the Ten Laws are broken every time one turns its back.Eden is determined, smart, and a born survivor. Stripped of her memories and dumped on the streets of the Outpost, slavers and starvation are only the beginning of her problems. A devastating conflict is coming that threatens to consume her world and tear her newfound family apart. 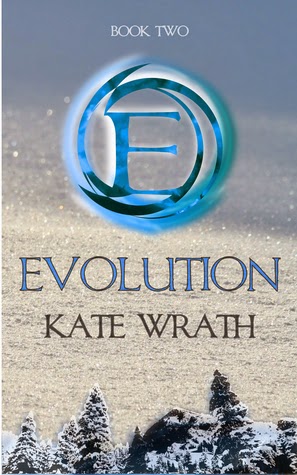 BLURB from Goodreads
Outpost Three is still standing… barely. But the deadliest threat it has ever faced is on its way-- a violent force that will annihilate every man, woman, and child.With the Sentries under his control and Grey’s army defeated, Matt is more powerful than ever. Eden is little more than his prisoner, but that line is blurring as her affection for him grows. Now, as the Outpost faces total destruction, Matt must sacrifice the possibility of attaining Eden’s love in the vague hope that her past might hold the key to saving them all.Eden’s journey will begin to unravel the mysteries of her previous life, reveal dangerous new questions, and change not only the future of Outpost Three, but shape the course of history. 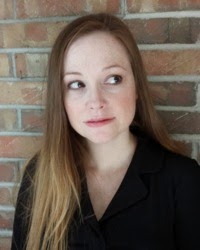 Kate Wrath lives in the Southwestern US. Much like other authors, she has both a [family] and a [pet].

[pet =lovable-but-crazy giant German Shepherd who seems to be able to read, but pretends not to understand when something is required of him]

Kate is the author of E and Evolution, the first two books in a dystopian series. She is currently working on the third book and the prequel, with hopes of releasing both in the summer of 2015. She has also written two fantasy novels that are still in edits, and will be published... eventually.

Kate believes in literature as an art form, world peace, and animal rights, but aspires to write total trash that is full of senseless violence, with characters who eat house pets.