Though both novella's are given a number within the Breeders Series they can actually be read at any point during the whole series. 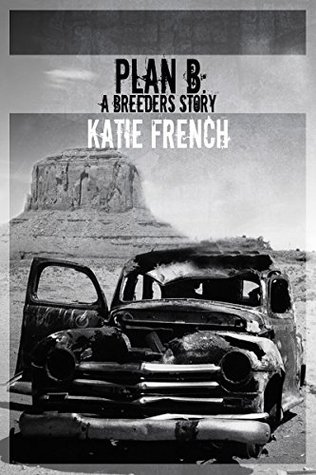 BLURB from Goodreads
When Nolan is selected as one of few candidates lucky enough to work in the Breeders' hospital, he thinks all his troubles are over. Now he can afford precious medicine to save his ailing father. He’s heard of the Breeders’ cruelty, of their inhuman experiments, but he’s sure they’re all lies. Then he stumbles into the Plan B room and learns how truly awful the Breeders can be.

This story was originally published in Through a Tangled Wood, an anthology. A companion story to The Breeders, this novelette (approximately 40 pages or 12,000 words) introduces two new characters living in the Breeders' universe. It can be read at any point in The Breeders series

INITIAL THOUGHTS
I have to admit, I really do enjoy this series, so was genuinely looking forward to reading this one. the only thing that really bothered me was I was reading it out of order, after having just read The Benders which is Bk#3.