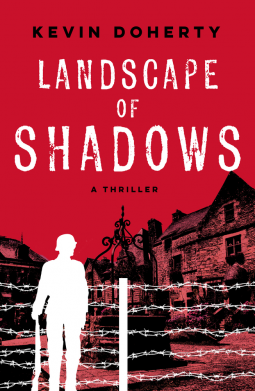 France, 1941. The small town of Dinon is under German occupation. Max Duval, its mayor, appears to have accepted the German presence and encourages his citizens to do the same. He owns the Hotel Picardie, whose most important resident is Major Egon Wolff—German commandant.
Then, a Resistance team kills two German troopers, and the uneasy calm of Dinon is shattered. One of the assassins, the headstrong and beautiful Sophie Carriere, takes refuge in the Hotel Picardie. Despite his disapproval of the assassinations, Max keeps her safe. Sophie accuses Max of conspiring the attacks, but Max is no collaborator—he has his own secret methods of resistance, which Sophie has now jeopardized.
Danger escalates when Sophie discovers the truth about Max’s resistance work, and she and Max are drawn to one another. Egon Wolff decrees that ten citizens will be executed unless the missing assassin is surrendered. Max faces a terrible choice: sacrifice Sophie and betray the cause of freedom for which they are both working—or let innocent citizens go to their deaths.