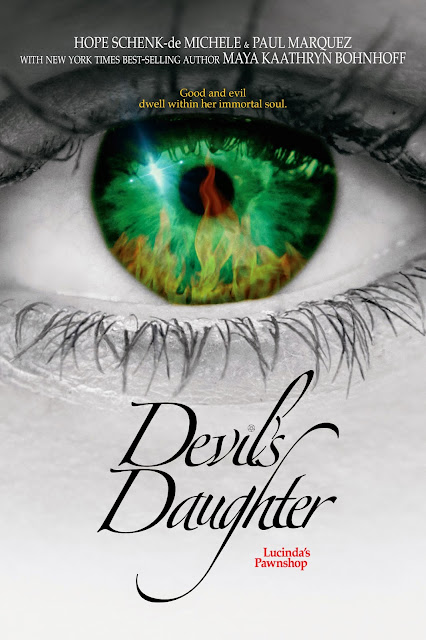 Lucinda is as old as humanity itself, yet perpetually young, beautiful, and endowed with supernatural powers. She lives a double life—human and immortal. Born out of a betrayal of trust between the first woman, Eve, and father Lucifer, Lucinda has worked covertly and subtly for millennia to be true to her mother’s love by subverting her father’s schemes.  In her human guise, she manages Lucinda’s Pawnshop & Antiquary, the doors of which can open to any street anywhere in the world at any time. Mortals who have arrived at a moral or spiritual crossroads are drawn into the mysterious shop. If they acquire one of its cursed artifacts, they may find themselves drafted into Lucifer’s service. And if the Devil's daughter will not love a man he can control, can Lucifer control the man she loves?

Hope Schenk-de Michele and Paul Marquez have been best friends and television producing partners for more than four decades. They both grew up in Los Angeles, California and share a passion for mystery and science fiction. This passion lead them to create the forever young and beautiful daughter of darkness, Lucinda. To assist in bringing Lucinda's story into the literary world, they enlisted the help of New York Times best-selling science fiction and fantasy author Maya Kaathryn Bohnhoff. 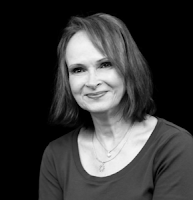 Maya is the author of more than a dozen novels, and the co-author of The Last Jedi: Star Wars (Star Wars: Coruscant Nights - Legends). All three reside in California.