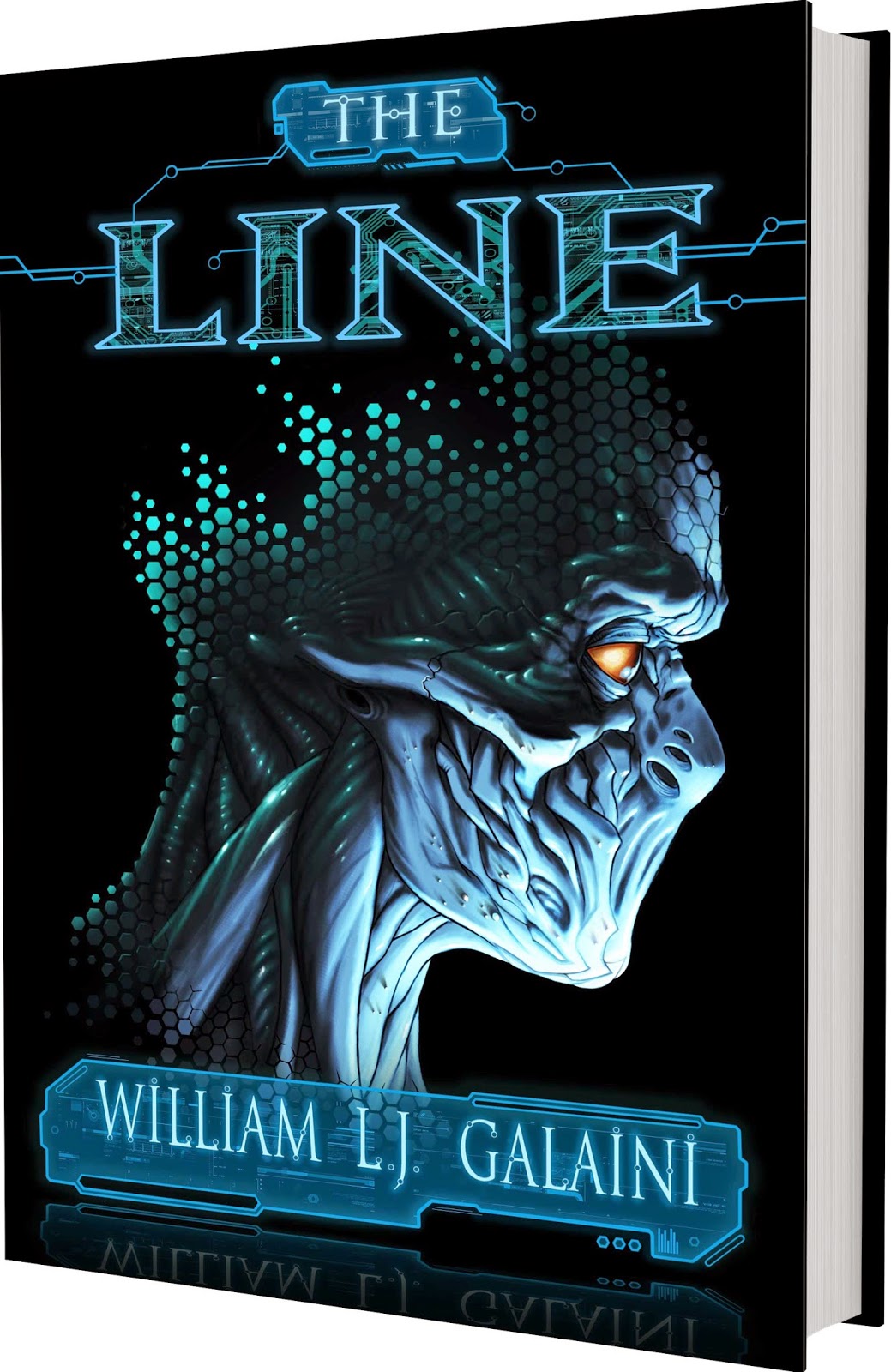 BLURB supplied by Upgrade your story
Suspended in the nothing between timelines, the station Janus is an unseen marvel: the greatest technological achievement in human innovation. From Janus, Gustavo and his hand-selected team of historians and engineers venture into the past and observe history, unseen and unnoticed.

But they are not alone.

Another traveler is shattering history. Unhindered by desires to remain scientific and uninvolved, the intruder’s technology is far advanced with methods more brutal and a present more terrifying than anything Gustavo and his team are prepared for. As they apply their intellects and skills towards solving the mystery of the ferocious interloper, they discover than they have its full attention. 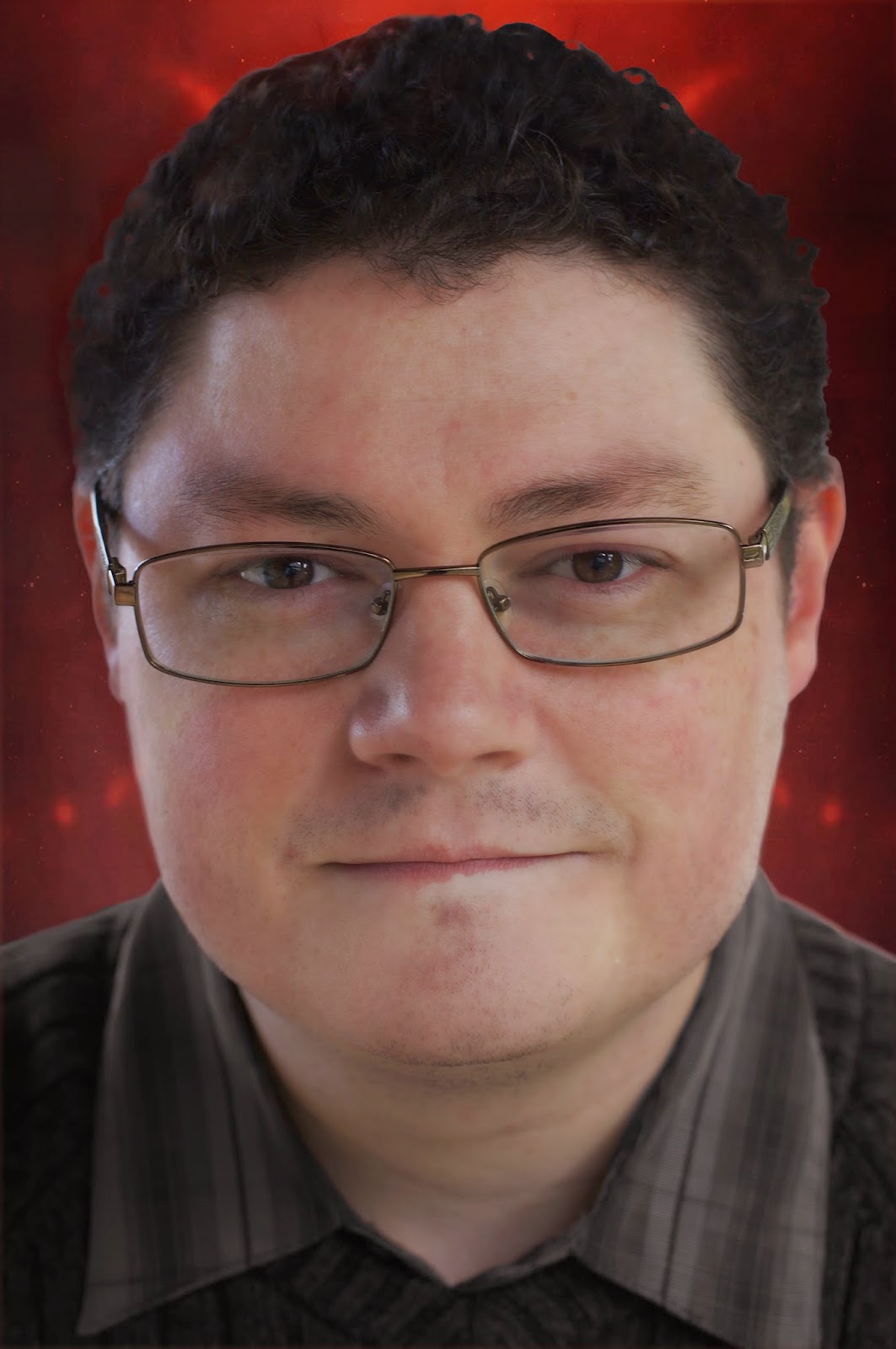 William Galaini grew up in Pennsylvania and Florida. His mother gave him an early love of reading, especially when it came to the great classics of science fiction. He is also a history buff and fascinated by mythology and folklore. His various vocational pursuits include being a singer in a professional high school choir, manager of the call center at a luxury resort, U.S. Army medic, prison guard, and middle school English teacher. As such, he is perfectly suited to breech a solid metal door, humanely restrain the enemy within, and politely correct their grammar all while humming Handel’s Messiah and drinking a lovely cuppa tea.

He currently hangs his hat, rucksack, and tweed smoking jacket in Northern Virginia.

EXCERPT
Mary wasn’t certain what woke her up. Her body was long and taut like a firm rubber band, and in a sleepy haze she stretched out with a prolonged groan. Soon after, she pulled her tangled hair from her face and first one eye was purged of morning crusties, then the other. Curling her toes, tensing her calves, and stretching again, she placed her bare body on display. A childhood of ballet had carved her and leaned her down and now at college in her second year, she discovered her interests to be in the humanities, to the dismay of her mother’s expectations and her father’s bank account.
Flopping a clumsy, sleepy arm to her side, she felt the pillow next to her and found it to still be warm, but vacant.
Last night had been simply amazing and even the dreaded thought of calling her parents with the news couldn’t dull her elation. She and Trevor had spent yesterday afternoon studying on the dormitory lawn, sprawled out in the fat blades of the Florida grass, and as the sun went down he had handed her a book out of his backpack.
“I know you like dark stuff,” he had said. “It’s by Victor Hugo. About a kid who is kidnapped, his face cut up, and raised as a circus freak. Don’t worry, though. He kills everyone.” Trevor presented it with his usual musing grin and Mary rewarded him with a snicker at his description.
“Well, the French love this writer so there it is,” she said as she took the hardback novel from him. Quickly she realized it had a small lump in it. Shaking it upside-down, something fell out and glittered in the grass between her feet. Instantly Mary knew what it was and hesitated for a moment before digging for it frantically, tearing up green blades, dirt, and thick roots. Her fingers halted when she found it.
“Go on…” Trevor encouraged from somewhere above her. Mary lifted a simple gold band with a small solitaire diamond; a visually sad offering of a ring but the loveliest thing she’d ever seen. She began to cry.
“I read in one of your magazines that crying can be the best sign or the worst . . .” Trevor said, seeming anxious. “And don’t worry about it being so small. I figured after we’re married for a few years and have saved up I can buy you a new one and that little diamond there can be on the side or something.”
Mary was crying full bore now. “Shut up,” she squeaked as she grabbed him around the neck and held him in a loving grip. “Yes. Dear God, yes. Always yes. Yes a long time ago.” After a few minutes of holding each other and rocking back and forth she added, “The ring is perfect. It’s just perfect. I’d rather you save your money for down the road or something.”
“My car needs brakes,” Trevor confessed. His car was notorious for announcing its presence to every stop sign and stop light with a loud screech.
“Yeah, get your brakes.” She laughed, trying to salvage her makeup while wiping tears away. Finally, she looked him dead on in the eyes. “Really?”
“Really. Marry me.”
She bit her lip. “Okay, but I so have to fuck you like, right now.”
Trevor mock sighed, and pretended to look about in search of a bush or trash bin to hide behind. After his pantomime was played out, they went back to her dorm room. Sometime between the giggling and the orgasms she managed to call her roommate and ask her to sleep elsewhere.
Pizza was ordered. His parents were called and they were delighted. The TV was on but was never watched. Drinks were mixed. Futures were discussed. Music was played and sung along to. And eventually they both slept naked, curled up in her small bed intended for only one occupant.
Mary rubbed her eyes while blinking against the morning sun that sliced through the blinds. Then she heard the shower, and assumed it was Trevor closing the bathroom door that had awakened her. She smiled, and pushed the thought of calling her parents far back into her mind. Sitting up, she looked about for her coffee that was left from the night before. “Trevor, have you seen my coffee? I had half a cup left somewhere around here.”
There was no answer.
She started to wrap herself in the sheets to look around for her coffee, but with a whimsical chirp she stood out of bed, naked. “This is how I will dress when I’m walking around the house.”
The dorm room was actually two rooms; essentially a sleeping area separated from a study area with two computer desks, a micro fridge, and a second TV. Mary stepped out of the bedroom into the study and gasped at how cold it was. She scampered back into bed with a squeal, her teeth chattering.
“Trevor, when you get back, bring me my coffee, it’s in a mug on the fridge! From last night!” she called out. A muffled ‘okay’ came from behind the bathroom door while the shower turned off.
Mary’s mind drifted toward more serious things. Would her parents pull her out of school because of Trevor? Where would they live? Who would actually pay for the wedding? Her parents certainly could, but would they? Who would the bridesmaids be? What kind of home could they afford? She felt the stress mounting, and wished Trevor would hurry out of the bathroom so that he could make everything better.