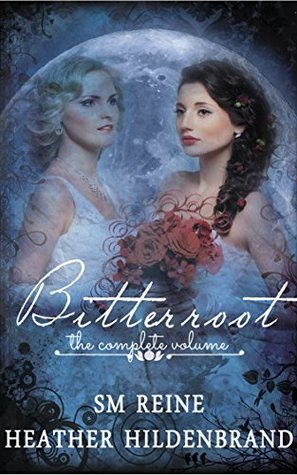 BLURB from Goodreads
Seventeen year-old Regan Vuk has lived her whole life under the shadow of her future: the pack alpha. She is fast, smart, and determined. According to her own pack members, she is a shoo-in. But Regan’s dad has a secret. Seventeen year-old Charlie spent her adolescence drifting from place to place with a mother desperate to hide her illegitimate daughter from the unforgiving reality of werewolf pack dynamics. All Charlie has ever wanted is to know her father--and the family that's been kept from her all these years. But most of all, she wants a place to belong in the world. Where she doesn’t have to pretend she can’t sprout fur and paws at will. Being kidnapped on her way home from prom was not what she had in mind. When Charlie finds out the only way to fit in with her new family is to defeat her long-lost sister for the role of alpha, she refuses. That is until she learns that the strange and alluring vampire she's befriended, Owen, is the same vampire prince that's been promised the winner. Regan has no doubt that, although she loathes the vampires, it will be her who "wins" Owen. Only problem: Charlie's already fallen for him. Before it’s over, both girls will have to compete for more than just the role of alpha. Someone has a grudge and they’ll do anything to exact vengeance on the guilty. Including removing one of the Vuk sisters from the equation. Subtle threats escalate to attempted murder. One sister’s life hangs in the balance. The other must do whatever it takes in order to save her pack—and her sibling—including making the enemy her ally. Will the vampires and werewolves finally forge peace—or will sibling rivalry prove fatal for them all? 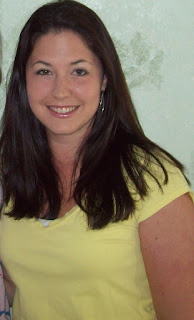 How did you divide the writing process? Did one author write Regan’s parts and the other author write Charlie’s parts of the book? If so who wrote which part please?
We did initially split up the chapters with SM writing more of Regan and Heather writing more of Charlie but then we both became attached to the characters and it just sort of blended. It was great because when 1 of us got stuck, the other would jump in and finish a scene so that in the end, we both wrote everyone!

How does the actual writing of the book happen? Do you basic plot/plan for your book, before you actually begin writing it out? Or do you let the writing flow and see where it takes the story?
We spent a good amount of time plotting ahead of time. We had to so that we could each be working on different portions or scenes and know where it's going. We did all of our writing and plotting in Google docs so we could see each other typing in real time. That was very cool.

Did you ever disagree on the direction of the book, its characters, plot etc? How do you resolve it?
No we have very similar writing and storytelling styles which helped a lot. The characterization differs, though, as SM tends to go in the direction of characters like Regan and Heather tends to write characters more like Charlie. So we created both as a sort of yin-yang and it worked perfectly!

Do you choose all character/place names and such together prior to writing the book?
Yes, all of that was done in the plotting process. And it really did just come together pretty easily for us. Seriously, it was the best co-write experience ever! (Not all of them are, we know.)

Which writing process do you prefer , writing alone/solo or writing with another author?
Hmm, I guess there are pros and cons to each. I mean, writing together means completing a story in half the time and having someone to help when you get stuck on a scene. But writing solo means you're the only one making the decisions about characters and story. That's nice to be in complete control of the story you want to tell. So it all depends on how you approach it, really. I'd never bring a "baby" of an idea that I'm really attached to into a co-write relationship because so many things might have to change or become compromised. Bitterroot was  something we both made up as we went so it felt flexible.

How did you both get together to write Bitterroot? Who had the originally duo author idea?
Honestly, we don't even remember who said it first but immediately, we were both like YES, let's do this! haha. And then we scheduled times to be on Google docs together for plotting and it just fell into place.

Do you get together in the same room to write together or do you write separately and remotely via computer?
Definitely separate! Heather lived in VA and SM in Nevada at that time so we did everything online. But that was nice because once we had everything tightly plotted, we could each write our assigned portions whenever. There was no set time we had to both do it, just deadlines each week for a certain word count. It was great.

Is there more to come from the characters of Bitterroot? and if so can you tell us when to expect more?
Right now, there are no plans for that. but you never know!

I really hope you do write more Bitterroot, I'm sure I cannot be the only one who would love more of Regan and Charlie's story. There's so many possibilities of where their story could go! I will also be making a point of reading more solo written books. ~ Jeanz