BLOG TOUR - WE THE PEOPLE: LIBERTY OR DIE BY CHRISTOPHER SCOTT WAGONER

An immortal young woman must travel back in time to the American Revolution to stop an alien menace from re-writing our history, aided by Benjamin Franklin and John Stark. 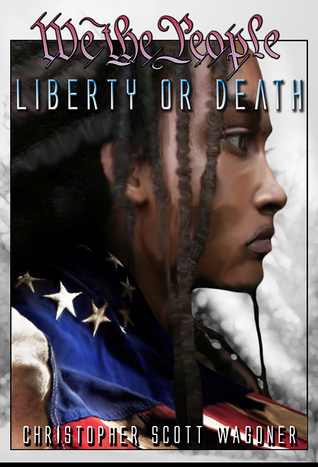 BLURB supplied by Ravenswood Publishing
You'd think being indestructible would be an easy life…Unless you're Morticia Thane, living-dead amnesiac and government agent. Thane hasn't been able to regain her memories, even with the combined resources of the FBI and US armed forces. They certainly make good use of her abilities, however, using her to break up a human trafficking ring.Thane is called back to her old unit, a group of misfit teens much liker herself. While tracking down the Extraterrestrial fugitive Dr. Kass they are hurtled back through time to the American Revolution. Hampered by their lack of historical knowledge (Franklin is the guy on the hundred dollar bill, right?) and their own bickering, they struggle to achieve their goal; Save the future of the human race.Perhaps Benjamin Franklin, founding father and inventor can help...if he can stop being distracted by his misogynistic tendencies and libido.Thane must face both the Redcoat army and her own lack of faith in humanity. Can she pull her team together and save the world one more time? Or will her disillusionment mean the end of our history?
We the People: Liberty or Death is full of action, angst, zombies, and enough belly-laughs to thrill you no matter what century you were born in.


REST OF THE SERIES SO FAR 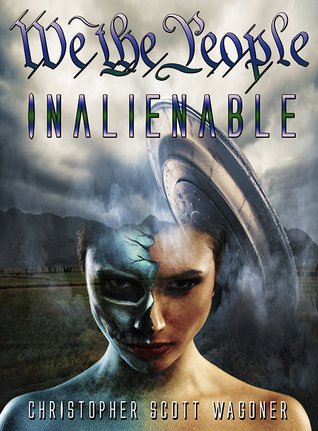 BLURB from Goodreads
Morticia Thane has a problem. It's not the fact that she has no memories before two years ago, or even the fact that she can't die. Thane has been abducted by a top secret military unit, whisked away to a hidden facility in the desert by the stalwart but ruthless Captain Bast.Thane meets a group of misfits like herself, and discover that they're not mere prisoners but the last line of defense against a threat from beyond the stars. Can Thane and the others find a way to win? Or will the human race become extinct at the hands of an alien virus?

Hmm, I think I will be adding Bk#1 and Bk#2 onto my Want to Read Wishlist! How about you? ~ Jeanz Chris Wagoner was jettisoned from his doomed home planet as an infant and crash landed in a field in the Midwest.  He was taken in by a kindly couple and now lives to fight for truth, justice, and the American way!  Sometimes he finds a free moment to pen novels like We the People.