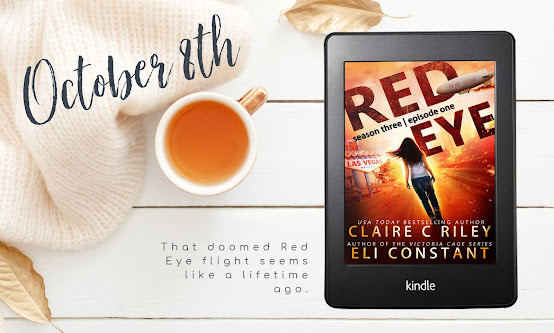 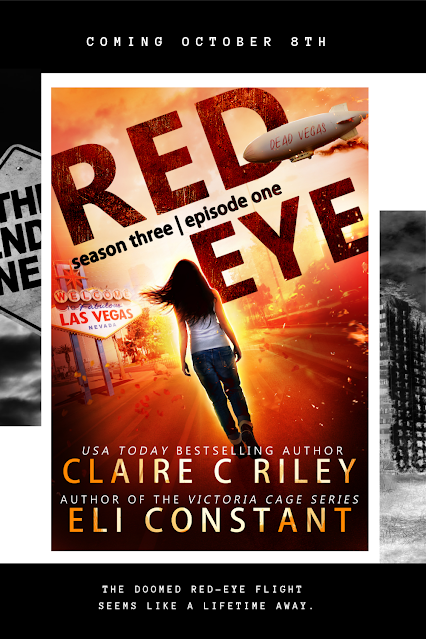 A new location brings new terror as Rose and Sam find themselves at the mercy of Barrett’s crew, the Sins.

Life has never been easy, not before the zombies and certainly not after. But even with the dead rising, it is the living that cause the most problems. It’s the humans that elicit the most fear, that make the apocalypse bloodier, that kill anyone necessary to survive.

Between humans, zombies, and the desire for brains,

the world’s getting darker by the hour.

And the two unlikely friends

need one another more than ever.

That doomed red-eye flight seems a lifetime ago…

Seriously you need to start this epic zombie apocalypse thriller written by USA Today Bestselling Author Claire C. Riley and Victoria Cage Author Eli Constant.
You can check out my reviews of Red Eye Seasons 1 & 2 via my
A~Z Review Listings page and looking under either of the authors surnames!

ADD IT ON GOODREADS NOW! 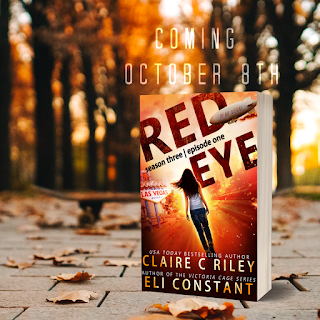 I kept my face blank staring at Rose. It wasn’t hard. I’d perfected my poker face when I was a kid, refusing to let my old man see how shit-scared he made me feel. “She’s not my type,” I said casually, standing up. I’d had to squat down to see who Nathan was holding like an animal in the small cage. “Can we get back to business now?”

Nathan looked at Rose for a second, mouth quirking. “Sure thing, brother.”

We’d talked business for a while, but the conversation had strayed back to Rose in the cage… and Sam.

“I’ll trade you this one”—he pointed at Rose—“for the bitch you’re playing house with. God knows the boys will pay more for a grown-ass woman with a body like that.”

“You’re relentless,” I muttered, dropping the papers I’d been looking at—photos and write-ups of all the new girls Nathan had acquired since last time I’d been around. We’d already gone over the important shit.

“You know me…when I see something I want.”

“You get a little fucking obsessed?” I shrugged, face neutral.

“Hey, if she won’t work on her back, then she can strip. I’d be satisfied with that. And I’ll still give you the Brit snatch in the cage.” Nathan walked over and kicked the metal bars firmly, the sound echoing loudly in the small room. Rose hunched further into a ball.

When he turned back to me, he was full-on grinning, a maniacal, hungry look in his eyes. I’d seen that look before, and it spelled nothing but trouble for Rose.

“Not interested.” I glanced at the door, making it obvious that the conversation was over. “If that’s all, I’ll be heading back to Stash’s.”

“Sure, sure, Barrett. That’s all.” His smile faltered a little. “All for now.”

Nathan, despite appearances, was a cruel, brutal man. If he set his eyes on something, he usually found a way to get it. That’s why I’d been so determined to talk to him about Sam before he saw her. Look how that had fucking worked out.

Well, to get to Sam, he’d have to go through me. Even a fucking psycho like him would think twice about pushing me. 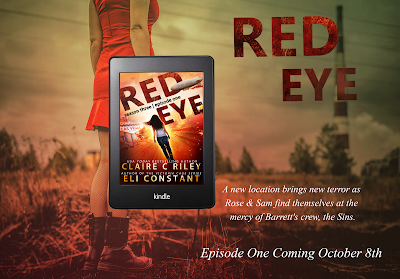