Described as GAME OF THRONES meets THE DIVINERS in this thrilling fantasy — the highly anticipated final book in Amanda Foody’s
THE SHADOW GAME series. 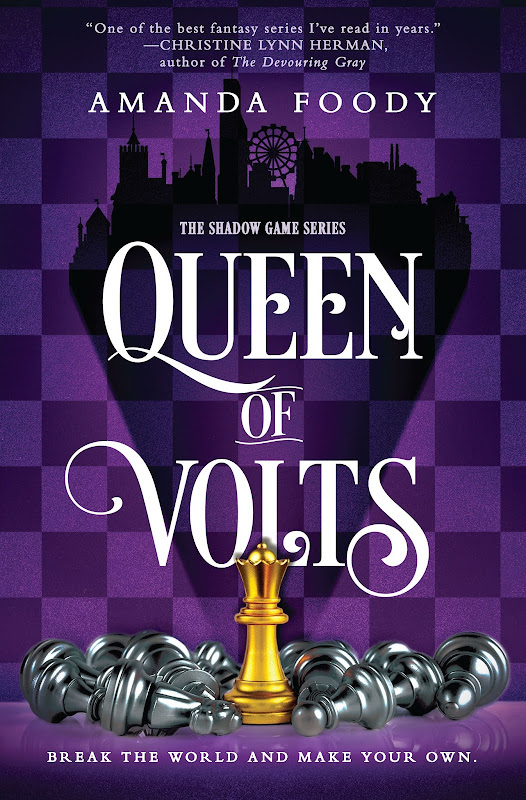 With no choice but to play, Enne and Levi are desperate to forge new alliances and bargain for their safety. But any misstep could turn deadly when a far more dangerous opponent appears on the board — one plucked straight from the city’s most gruesome legends. While Levi hides behind a mask of false promises, Enne is finally forced out from behind hers and as the game takes its final, vicious turn, these two must decide once and for all whether to be partners or enemies.

Because in a game for survival, there are no winners...

There are only monsters. 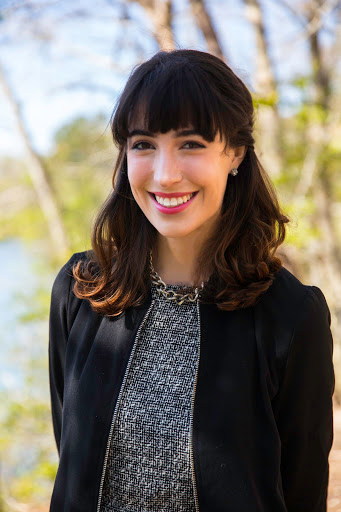 Amanda Foody has always considered imagination to be our best attempt at magic. After spending her childhood longing to attend Hogwarts, she now loves to write about immersive settings and characters grappling with insurmountable destinies. She holds a master's in accountancy from Villanova University and a bachelor of arts in English literature from the College of William and Mary.
AUTHOR LINKS

It was early morning when Harvey Gabbiano dug the grave.

Harvey didn’t like the cemeteries in the Deadman District, pre­cisely because they were cemeteries. Most people didn’t know it, but there was a difference between a cemetery and a graveyard— graveyards were connected to a church. But the only place to find devotion in this neighborhood was at the bottom of a bottle.

This cemetery was a bleak, soulless plot of land, made bleaker by the drizzle that had soaked through Harvey’s clothes. Rusted industrial plaques marked each of the graves. There were no f lowers anywhere, not even weeds, and the unkept grass grew patchy and brown.

“It would’ve been easier if you’d burned it,” Bryce told him. He’d watched Harvey work all morning, but not once had he offered to help…or even to share his umbrella. Bryce didn’t see the point in helping with tasks he disapproved of, even if this task was important to Harvey.

“It’s holier to bury him,” Harvey repeated yet again. Even though Harvey was Faithful, he wouldn’t have gone to all this trouble had the deceased not been wearing a Creed of his own. He didn’t know many others who practiced the Faith anymore—it had been banned for so long now. “You don’t have to stay.”

“I’m staying. You’re funny, you and those superstitions of yours. I could use a laugh.”

Harvey didn’t know how Bryce could find humor in the situation. The November weather was cold. The cemetery was irreverent and depressing. The dead had not deserved to die.

But Bryce had come with him, and so, no matter the cir­cumstances, Harvey couldn’t help but feel a little bit pleased.

“I’m not doing this to be funny,” Harvey responded, forc­ing his voice into a grumble. He pressed his bulky leather boot against the step of the shovel. The mud he lifted glinted with green shards of broken bottles.

“My mistake,” Bryce said dryly. “You’re doing this to be decent.”

Harvey absolutely was doing it to be decent. To be good. Be­cause Harvey might not have been the person who killed this man or any of the other hundred who’d perished two nights ago at the party in St. Morse Casino, but as long as he remained hopelessly in love with Bryce Balfour, he would always have blood on his hands.

It was hard not to glance at his friend as he worked. Harvey hated to look at him. But he didn’t need to—he had long ago memorized every agonizing detail of his face, his figure, his posture. Bryce could be absent and still be Harvey’s distraction.

Harvey hated himself for it.

The body made a thump when he pushed it into the hole.

Harvey straightened, his back aching from the exertion, his fingers blistered even through his gloves. The hours of rain had made the dried blood on the body and clothes run again, and the flattened brown grass it had been lying on moments be­fore was now flooded with red. Harvey watched as the puddles washed the blood away, and he murmured a silent prayer that the rain would do the same for his immortal soul.

Harvey’s gaze shot toward him, and he flinched. Bryce hadn’t worn his brown-colored contacts since that night at St. Morse, when he revealed himself to be a malison, someone with the talent to create curses known as shades, a talent the world feared but hadn’t believed to truly exist. And despite always know­ing what Bryce was, Harvey wasn’t used to this adjustment.

Bryce’s malison scarlet eyes were a reminder of how low Harvey had fallen.

But Harvey’s gaze didn’t stop there—of course it didn’t. It traveled across Bryce’s face, down concave cheekbones and lips chapped from kissing someone who wasn’t him. Down bony shoulders and a tall, skinny frame, over threadbare clothes and a black wool coat that draped shapelessly over him. Harvey lin­gered on the places he had kissed, on slender fingers and nar­row hips and the smooth pale skin between. Those memories haunted him.

Bryce didn’t pay Harvey’s staring any attention. He never did. His concentration was focused on the card in his hand. He ran his thumb over its foiled gold back.

It was a Shadow Card, one of the cursed cards the Phoenix Club used to play the Shadow Game. Except it wasn’t. Shadow Cards were silver. This one belonged to a different game, one Bryce and his girlfriend, Rebecca, had devised themselves, one they had set in motion at St. Morse two nights prior. Har­vey had helped them deliver golden cards to every designated “player” across New Reynes, and now all that remained was to wait for the star player to make a move.

“They’re here. I can feel it,” Bryce said hoarsely, squeezing the card so hard it bent.

By “they,” he meant the Bargainer. The City of Sin treated all of its legends with a hallowed reverence, and this one was the oldest, most famous of them all: the wandering Devil who would bargain for anything. Bryce had been obsessed with the tale for a year, ever since Rebecca had fallen sick. Despite every effort—ethical or otherwise—Rebecca wasn’t improv­ing, and Bryce had convinced himself that her last hope for a cure was the Bargainer’s power. It was why he’d murdered all those people at St. Morse—a desperate, ruthless attempt for the Bargainer’s attention.

I’ll sell my soul, if that’s what it takes, Bryce had once confided in Harvey, back when his smiles weren’t so much like sneers, when he looked more like the boy Harvey used to love—the kinder version of himself, the one Harvey couldn’t manage to let go of. Though Harvey had never voiced his opinion, Bryce had lost his soul the moment he’d formulated this de­spicable plan.

Harvey tried to ignore Bryce’s words. In the legend, the Bar­gainer approached people of their own choosing. The only way to summon them directly was through chaos.

Surely Bryce wouldn’t attempt such evil, Harvey had once told himself.

But he had, and since that night at St. Morse, all of New Reynes seemed ablaze. The Scarhands, the largest gang in the seedy North Side, had crumbled, their lord executed. Séance, the notorious assassin of Chancellor Malcolm Semper, had been unmasked as both the last surviving Mizer and, to the city’s shock, a seventeen-year-old girl from finishing school. Mafia donna Vianca Augustine had been shot dead, and her son had won his election. Luckluster Casino had burned, and the Tor­ren Family empire along with it.

Thanks to Bryce, the City of Sin was in a state worse than chaos—it was in hell.

And now the Devil had returned home.

Even though Harvey was an accomplice in Bryce’s plans, the thought of all that had transpired—and all that was still left to unfold—filled him with dread. He tried to focus on the shovel and the dirt and the grave, on this one good thing, but his sins weighed heavy on his soul.

Harvey sighed. “How can you be certain the Bargainer is in New Reynes now?”

At that moment, the rain began to fall harder, shifting from a drizzle into a downpour. Harvey’s brown corkscrew curls stuck against his fair skin, and he wiped the water from his eyes.

“Why haven’t they come to me yet?” Bryce rasped, his hands trembling while he clutched his umbrella. “I’m the one who summoned them. I deserve my bargain.”

“The legends never mentioned whether the Bargainer was prompt,” Harvey pointed out. He dumped another pile of mud into the hole.

Bryce’s lips formed a thin line. He trudged over to the grave. The body was now entirely covered with earth, but the plot was only half-filled. “That’s good enough. We should go back.”

Bryce nodded and fiddled with his card anxiously. It was moments like these, when he looked so young and vulnerable, that made Harvey weak. Because even if Bryce Balfour had lost his soul, Harvey still kindled a hope that it could be found. That he could be the one to find it.

Harvey heaved his shovel over his shoulder, said a final prayer for Jac Mardlin and his unfinished, unmarked grave, and fol­lowed his friend home.