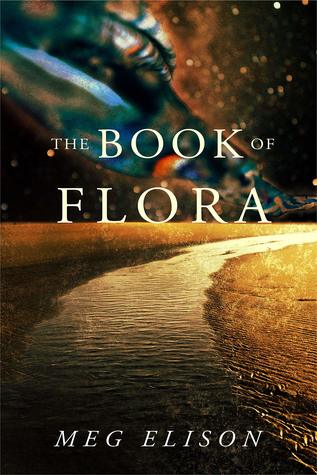 BLURB from Goodreads
In the wake of the apocalypse, Flora has come of age in a highly gendered post-plague society where females have become a precious, coveted, hunted, and endangered commodity. But Flora does not participate in the economy that trades in bodies. An anathema in a world that prizes procreation above all else, she is an outsider everywhere she goes, including the thriving all-female city of Shy.Now navigating a blighted landscape, Flora, her friends, and a sullen young slave she adopts as her own child leave their oppressive pasts behind to find their place in the world. They seek refuge aboard a ship where gender is fluid, where the dynamic is uneasy, and where rumors flow of a bold new reproductive strategy.When the promise of a miraculous hope for humanity’s future tears Flora’s makeshift family asunder, she must choose: protect the safe haven she’s built or risk everything to defy oppression, whatever its provenance.

After finishing The Book Of Etta I felt I had to start the next book right away. It is really rare that I will read books in a series back to back, but this series …is addictive reading. I didn’t even write my review for The Book Of Etta before starting this one!
This book has these genres listed for it Sci-Fi, Post-Apocalyptic and Dystopian which I agree with but, would add it also has action and suspense. The book also touches on LGBTQIA issues too within the context of the book and people being different. Due to content, violence and subject matter this book is definitely 18+.

This book is going to be difficult to review without giving away spoilers. This book begins with diary entries and the story being told from the view of Flora, who we met briefly in book two. Flora has kept records from the “beginnings” of “the dying” transcribed by the Unnamed Midwife, then there’s the parts penned by Etta and those she has come across who have added their stories to the books. Flora begins writing about Bambritch which is an island. Flora explains all the books/diaries are kept in a fire proof chest which is hidden under the floor so if they are attacked the books will survive for those in the future to read. Bambritch has been taking in survivors such as farmers, fishermen etc for some time. These survivors, scouts and raiders all come with the same message for the one named Flora, that “They” are coming! They are many, they have weapons from the old world. Old war machines that cannot be stopped, tanks, trucks with long guns mounted on them. Survivors are saying “they”, have missiles to destroy a whole village and also have plague weapons, like the ones that started “the dying”. Flora isn’t sure what to believe, then Speel, one of the raiders draws pictures of villages this army has destroyed. One of Speel’s drawings shows a large pit the army made villager dig, they then shot those villagers using the pit as a mass grave. The bodies weren’t even respectfully covered up, just left for the bugs and wild animals. Flora has no idea whether the rumours are true, exaggerated or plain lies all she can do is wait for this army to arrive and hope they can either negotiate or survive the armies onslaught.

The book then goes back in time to those that escaped from the Lion of Estiel and the remaining survivors of Nowhere travel to the underground community of Ommun. The Ommun community are quite religious and have a leader called Alma who is quite goddess like in how she presents herself and the way she says she has visions and speaks to the Heavenly Mother. They have a book of scripture and religious songs they sing. The Ommun scripture refers mostly to the heavenly father. It also says Mothers are special. Alma never refers to God as a man, though she speaks to her God regularly. Alma does welcome the survivors and tries to have them integrate into her community as quickly as possible. Alma is continually pregnant and gives birth to twins and triplets. Alma gives out “callings” which are jobs but gives nothing to Flora. Alma clearly doesn’t like Flora and what he/she is. It is clear Alma has no use for Flora and tries her best to ignore her.
The diary entries by Flora reveal there is also a distance between him/her and Eddy who is now identifying as a man most of the time. Flora thinks the reason Eddy is so distance is the fact the Lion of Estiel used Eddy as the woman she was born (Etta) and repeatedly raped her, resulting in her becoming pregnant. All Eddy can think of is ridding her body of its invader. Eddy is aware that Alice knows of some herbs she can mix together that when ingested will cause her to lose the baby. When Alma finds out she is furious as she believes all babies are gifts even those made during a rape.
It’s not surprising that some from the survivors from Estiel and Nowhere choose to leave Ommun in search of a less judgemental settlement. What does surprise Alma is that some of her Ommun settlers choose to leave with this group too. Though Alma allows this group to leave she will not help them in any way at all. This means that they have to climb the long, long ladders to the surface rather than being able to use the lift that they would normally which works with some of the stronger men using a pully system. The book then tells the story of those survivors and how Eddy leads them in a quest to see what the Unnamed Midwife saw on the beginning of her journey. Then the book will go forward to Flora being at Bambritch and the preparations they are making to fight the onslaught of an army with an unknown leader, some say it’s a man that leads, whilst other rumours say it’s a woman. The book keeps you guessing who is leading this army and what it wants to the time it arrives on the shore, across the water from Brambritch island.

There are lots of great characters both in this book and within the whole series. As the title says “The Book of Flora”, her earlier life before Jeff’s City is revealed. Her first recollections of being with slave trader Archie. The things he made her do. There are times when Flora feels ashamed and compares herself to her slave trader master as she had to help Archie get the slaves ready to be sold. Then there’s the man who Flora calls father. The father who taught Flora how to hide in plain sight or hide as well depending on the situation.

I think this book deals with some topics that are still very relevant in todays news, with the continuing debates about abortion and a woman’s rights over her own body. This book series also covers subjects about sexual gender with characters that are  homosexual, and transgender characters that are females identifying as males (such as Etta/Eddy)  and males identifying as women (such as Flora). If I had known about all of the different sexualities, and the different references to distinctive religions within the book/series would I have read it? I am quite ashamed to say the different sexualities may have put me off a little but it would have been the religion would have had me doubting that I would have finished reading the books/series. Having said that I am venturing into reading genres and subjects I may have discounted before. I did enjoy reading this book and in fact the whole series. The differing religions and settlements of survivors gave views of how they dealt with the lack of females. Some settlements had women as possessions, or slaves for sex, purely for men to find a release. Some just saw women being there to breed to keep civilisation going and explained themselves as being right as religion said that was how it should be. Others had women in charge with men as the “slaves”. The book really did give a lot of different prospective on what would happen in such a situation in our present day.

The book was quite complex at times, for example, keeping track of female born Etta, who identifies more as male Eddy. This character has to switch from female to male quite a lot depending on whose company she/he is in. Occasionally it did seem like a chore keeping track of whether the character was Etta or Eddy. In the end this character does end as one person, the one they want to be the most. They find a place to be accepted as they are.

The book/series is a rather though provoking read, which sort of settlement would I wish to exist in? How would you protect yourself as a woman? The book had a lot going on and certainly kept you reading and hating every time you had to put the book down!

As for books I would compare it too, there is the Aftertime Series by Sophie Littlefield (I still have the last book to read), The Last Girl by Joe Hart (which I have read all of) and The Breeders Series by Katie French which is a fantastic YA series (I have read all of) and it’s spin off Second City Series that this book had some similarities too.